With the help of planner Kelly Martin at Head Over Heels Wedding, this fun-loving couple planned their Charlotte destination wedding from their home in Tennessee, where Maria McNair works in human resources for the City of Knoxville Public Building Authority and Andregus Holmes is in security for a federal contractor.

The menu, created with the help of Perkins Management Services, was Southern gourmet, with garlic-herbed chicken, baked macaroni and cheese, rice pilaf, and green beans, followed by a four-tiered Wow Factor Cakes confection. After their first dance to “Forever” by Dave Hollister, DJ Pyro of Queen City Weddings played classic funk. Maria danced to “Dance With My Father” by Luther Vandross for the father-daughter dance, and the groom’s fraternity brothers got the party rolling by dancing to “Atomic Dog” by George Clinton.

The newlyweds sped away by sparkler light in a Rolls-Royce Phantom from Royal Limos before their Laguna Beach minimoon in California. 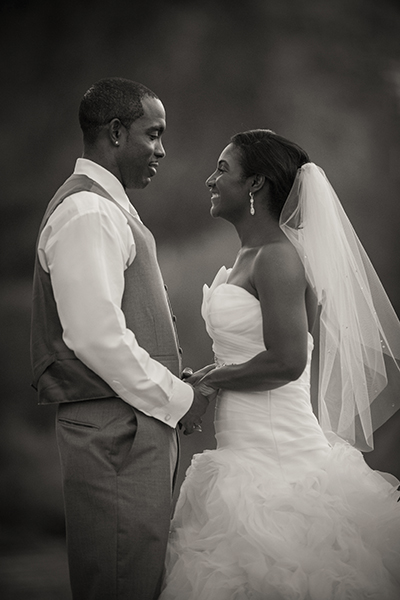 Maria, the cheerleader, and Andregus, the football player, met freshman year at Fayetteville State University. The good friends bonded years later via MySpace.com, and reconnected at their college homecoming. After three years of dating, the groom made a sweet and funny proposal that included a ring and a note, “Will you be Mrs. Holmes? Check YES, NO, or MAYBE.” He made her check the box to make it official. 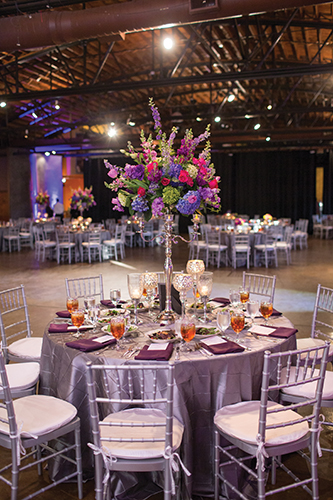 For the reception, CenterStage@NoDa was glammed up with silver Chiavari chairs and purple uplighting. 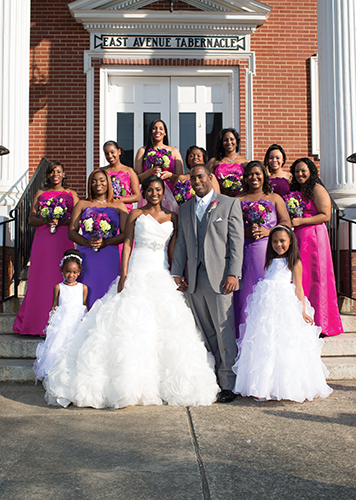 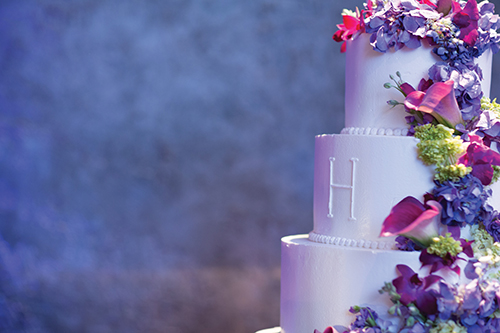 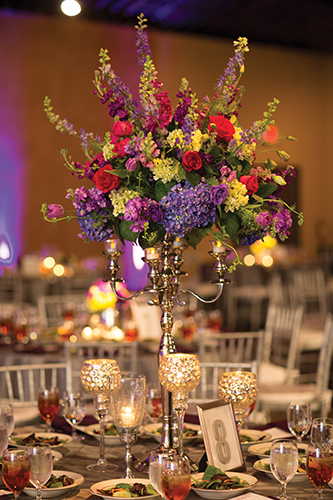 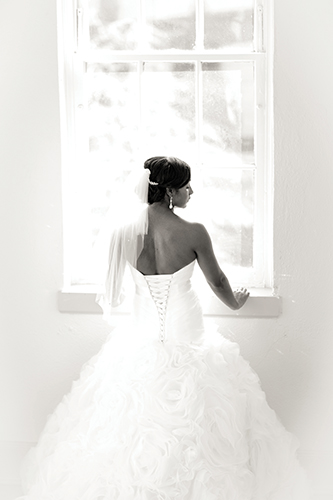 The bride’s Maggie Sottero “Jalissa” dress had a dramatic corseted back, diagonal neckline, and a frothy sweep of organza roses. 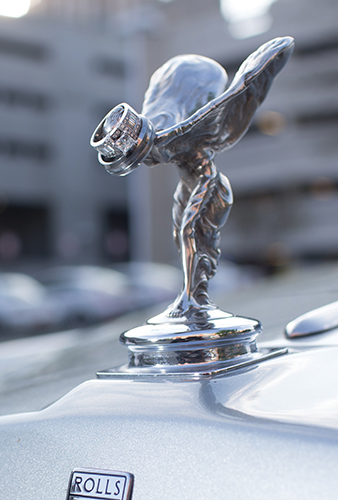 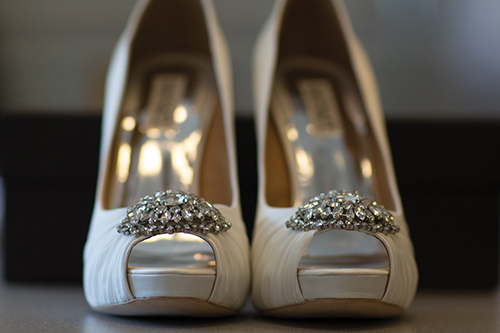 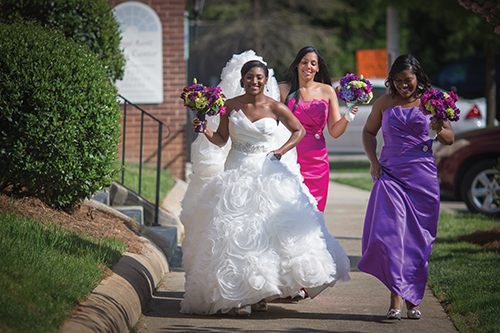 Sparkles Hill Studio did the bride’s hair; Joy Randall of Flawless Makeup Art did her makeup.