I turn into a subdivision near Harrisburg and wind through street after street of one- and two-story brick and wood-frame houses, many with vinyl siding in various neutral tones. I have a hard time distinguishing one from another. My GPS finally brings me to a stop.

Kevin Edouard welcomes me into his home, and I quickly find the individuality that’s lacking outside. Every spare nook tastefully houses a pothos or calathea or snake plant or philodendron. A sprawling Monstera deliciosa sunbathes by the glass door in the living room. A man-sized bird of paradise fans out beside the couch. “I was raised by minimalists,” Edouard says, referring to his Haitian parents, “so I became a maximalist.” The house shouldn’t be short on oxygen. 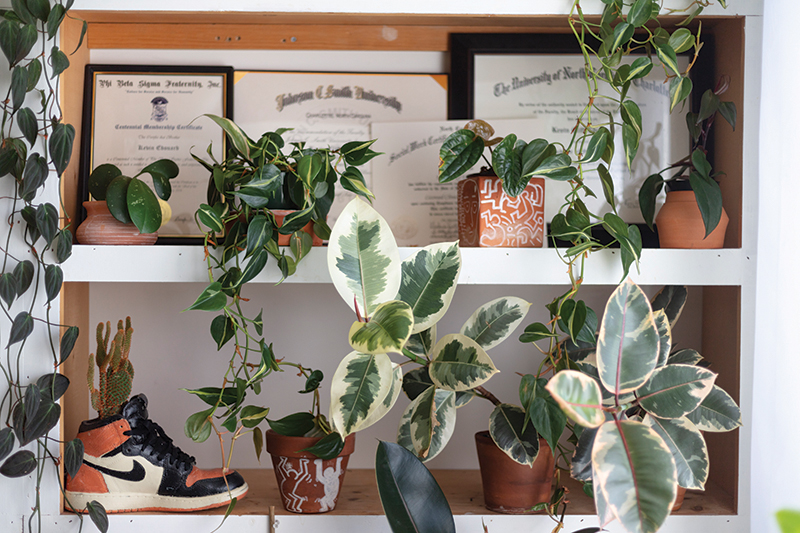 Portraits of Kevin Edouard, aka The Plant Papi, in his home in Charlotte, NC on 10/04/2022. Photos by Andy McMillan for Charlotte Magazine.

Edouard leads me up a carpeted staircase and opens the door to a room with more plants than I can count. They’re on the floor, tables, and the room’s many shelves. They’re hung like art on the walls and dangle from the ceiling. Some are in pots, others in repurposed sneakers, candle holders, basketballs, and toothbrush holders. Edouard doesn’t know how many are in there, either. “Some people believe that if you count your locks, it’s bad luck,” he says, gesturing to his dreadlocks. “I kind of apply that logic to my plants. I just live knowing I have a lot.”

Edouard is more commonly known as Plant Papi—at least on the internet. The 30-year-old mental health counselor accidentally found Instagram fame during the pandemic, racking up more than 106,000 followers who couldn’t get enough of him.

Edouard was born on Long Island and moved to Concord when he was 8. He earned degrees from UNC Charlotte and Johnson C. Smith, and he’s worked for the past four years as a licensed clinical social worker, most recently at Choose B.E.T.T.E.R. 4 U, a Charlotte-based clinic of exclusively Black male therapists.

Until 2020, Edouard had more success tending to people than plants. He tried to raise houseplants, but they all died. Once COVID hit, he and his wife, Dominique, looked for new hobbies to help them “stay sane,” he says. When Dominique started a garden in the backyard, Edouard decided to give houseplants another shot. Soon, Dominique ran into some issues in her garden, so she launched an Instagram account, @domslittlegarden, to connect with other gardeners.

He launched @theplantpapi, sharing photos and videos of his plants. Like his wife, he began to ask his followers for advice when his plants drooped or contracted a pest. “People would help me,” he says, and their advice helped him keep (most of) his plants alive. “And after a while, I was able to start helping other people,” he says. “It’s become a whole community for me.” 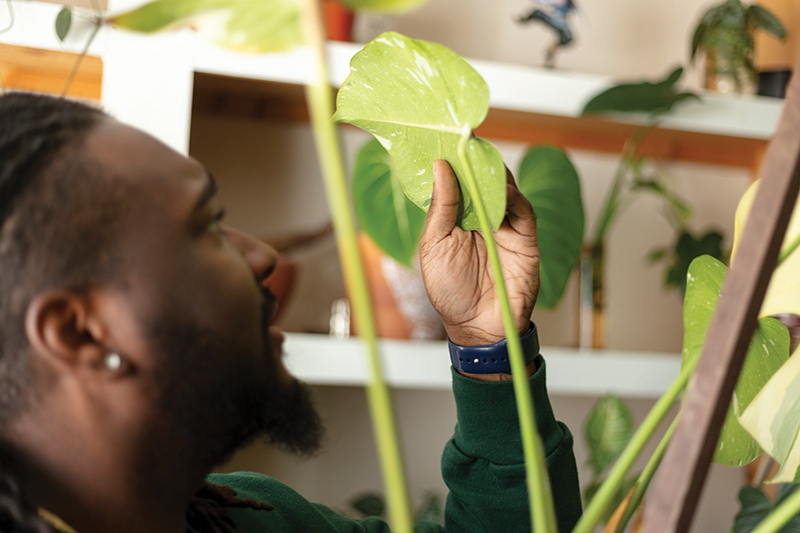 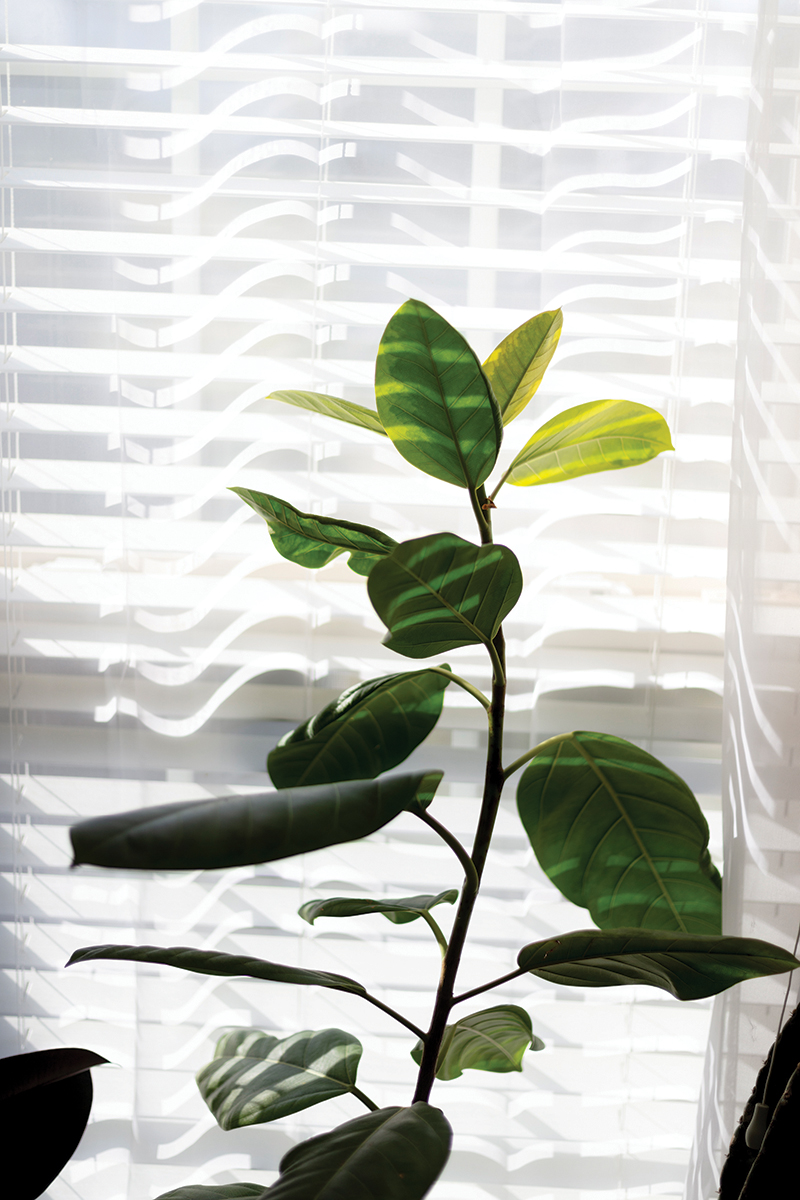 His following grew as rapidly as his plant collection. “People just really love the fact that I’m loving my plants,” Edouard says. But they seem to love Edouard just as much.

“I just want to say how much of an inspiration you are and love the message you’re communicating (also your plants are mad cool) keep it up!” one follower comments. “This makes me smile,” says another. They love his mental health advice, his humor, his singsong way of speaking, and the fact that he names his plants: Danny Phantom, Fig Bayless, Zzendaya the ZZ plant.

“Representation is something that means a lot to me,” he says. When he first got into plants, he Googled “Black men with plants.” He found others who look like him, including @hiltoncarter and @whatsonemorepothos, which made him realize he can be an example to others.

“That’s when I started transforming my page to where you’re going to see me,” he says.

While plants will always occupy the prime spot, his Instagram page has grown to encompass more of Edouard: his face, his thoughts, his humor, nods to his day job, and his other hobbies, like sneakers and superheroes.

“Half of it is about the plants,” he says. “The other is about me being who I am.”