Meet the Team Behind 50 Best Restaurants

WE DON'T MAKE lists like this month’s “50 Best Restaurants” overnight. We agonize over them. We argue over them. And we eat. We eat a lot. Led by food editor Kristen Wile, our team of experts dined all across the Charlotte region in 2015 to bring you the definitive—and, yes, debatable—list of where to eat here, right now. Meet the team. 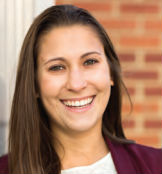 Hometown: Albany, New York. I went to college (and became a real adult) in D.C. before moving here in 2012.
Background in journalism and food writing: During school, I worked early mornings as a newsroom aide at The Washington Post. It was glamorous; I sorted mail and delivered newspapers to editors’ doors with a cart. My love for food writing began when I worked in the Weekend section and sat near food critic Tom Sietsema’s office. I always looked forward to reading his reviews and weekly chats.
Favorite family recipe: Chicken paprikas. My Hungarian grandmother and mom always made it, and it was the first thing I cooked for my husband. The first thing he cooked for me was salmon with an orange glaze.
What is the most difficult recipe you have ever cooked? I tried to make Futo Buta Chef and Owner Michael Shortino’s ramen. I say tried, but that’s false modesty. It was awesome.
Best tip for dining in Charlotte: Always ask for two kinds of recommendations: what’s popular on the menu, and what the chef wishes were more popular. 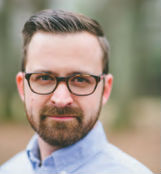 Hometown: I’m a native Charlottean. Moved away in 2004, came back in 2012.
Background in journalism and food writing: I worked as a TV and radio news reporter for about a decade. I started writing about food in 2012, after I moved back to Charlotte.
First food memory: My grandfather would sit me in his lap and give me spoonfuls of chocolate ice cream, even when my mom said I wasn’t allowed to have dessert.
Favorite family recipe: My mom’s gingersnap cookies. They’re spicy and rich with molasses. Everyone wants the recipe.
Where does your passion for food come from? I think it relates to my love for people. Happiness to me is a group of friends crowded around a table, telling stories, sharing food, and drinking wine.
Favorite little-known spot in Charlotte: Belle Acres, a members-only bar and restaurant on South Boulevard in South End. I’m not a member, but have been invited a few times. It’s a slice of old Charlotte in the middle of so much newness.
Best tip for dining in Charlotte: Venture outside your neighborhood every once in a while. Charlotteans get so stuck in their own zip codes. If you live in SouthPark, go have Vietnamese in Plaza Midwood or drink a craft beer in NoDa. 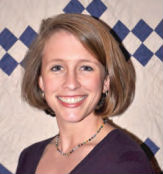 Hometown: Jackson Creek, North Carolina. I lived in Charlotte for two and a half years; I recently returned to my family’s farm in Jackson Creek.
Background in journalism and food writing: Before I became a fulltime freelance writer, I worked for two and a half years at Our State magazine, where I edited the food section. I majored in journalism at UNC Chapel Hill, and minored in folklore, which taught me the history behind many of the traditions I grew up with.
First food memory: Before I learned to cook and likely before I even ate all that much, I was in the garden in the spring and summer. There are pictures of me as a baby on a blanket in the grass as my parents and grandparents work.
Favorite family recipe: Persimmon pudding. We have wild persimmon trees in the pasture, and we gather persimmons from them every year around Labor Day. We wash them and press them through a colander to extract the pulp. The persimmon pudding recipe I use is my mother’s, which is a combination of my grandmother’s and great-grandmother’s.
Favorite type of cuisine: Southern. Southern food has gotten so trendy, but I grew up with tomato sandwiches, fried squash, country ham (from a hog we killed), and biscuits from scratch. It was never fancy, but it’s always been good.
Favorite little-known spot in Charlotte: Alexander Michael’s. It feels like a neighborhood bar in a movie. The service and food are consistent every time. 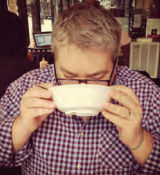 Hometown: I’ve lived all over the U.S., but I like Charlotte the best so far. I’ve been here eight years—the longest I’ve lived anywhere.
Background in journalism and food photography: I’ve been shooting food since 1999 or so, starting in Miami. I’ve worked for the Food Network and all the major food magazines, leading ‘foodie’ websites, as well as many leading brands. I’ve recently started filming a web series, with Chef Marc Jacksina, called “order/fire,” where we sit down and let the chefs talk chef and life stuff.
First food memory: Probably peanut butter.
Favorite family recipe: My mother’s corn pudding.
Favorite type of cuisine: I am kind of a picky eater (no mushrooms, no seafood), but I love North Carolina barbecue, Thai, and Middle Eastern food. And a great New York strip.
What is the most difficult recipe you have ever cooked? I once tried to do ribs in a complicated, cook-them-in-apple juice-before-grilling kind of way, and it was a disaster. I now just grill or smoke them simply. I had forgotten the most important rule of cooking: Stay out of the way of good ingredients!
Favorite little-known spot or hole-in-the-wall in Charlotte: Brooks Sandwich House or La Shish Kabob.
What’s at the top of your bucket list? To do an around-the-country road trip with my wife and dogs and stop at every barbecue and burger joint we see! 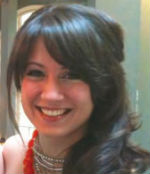 Hometown: Princeton, New Jersey. I lived in Charlotte for three years before moving to Asheville in late October.
Background in journalism and food writing: I’m currently the Chartwells Marketing Manager for UNC Asheville and Mars Hill University—basically spreading the word about food events on campus, planning menus, and working with local food purveyors. I got my journalism degree from Quinnipiac University in Connecticut, and currently have freelance gigs with Front Row Mode, Betches.com, Raw Spice Bar, and Mountain Xpress, among others.
First food memory: Probably my babysitter putting a timer in front of me when I was too slow at eating the terrible beef stew she gave us on occasion. To this day, I eat really fast and I’m sort of a food snob. I’m convinced it started there.
Favorite family recipe: My grandmother’s pistachio cake. After she passed away we found the recipe scribbled on a piece of paper in her apartment, and everything was so vague. It said things like “2 or 3 eggs” and “buttermilk or sour cream.” I’m starting to think she just left it to throw us off, since no one’s been able to perfectly replicate it.
What’s at the top of your bucket list? Travel and eat around the world. I’d like to get crumpets in London, borscht in Russia, goulash in Hungary, bouillabaisse in Marseilles, pizza in Naples, etc. I’ve only done Paris so far, so I have a long way to go. 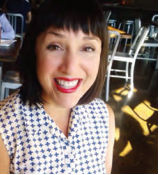 How long you’ve lived in Charlotte: Almost six years.
Background in journalism and food writing: Freelance food writer for local and regional publications, plus national food websites.
First food memory: A warm, comforting bowl of farina (what the Italians call “cream of wheat”) prepared by my Grandma Liz with a pat of butter. Its texture was velvety. I love how simple the dish was, yet so memorable.
Favorite family recipe: My mother makes chocolate éclairs every holiday season.
Where does your passion for food come from? It evolved when I moved to North Carolina and discovered the abundance of local food and farms at my fingertips. From there, I delved into growing my own food and intensified my cooking practice, reading books and practicing with food I purchased at the local market.
Favorite type of cuisine: I love all types of food but have a real fondness for the flavors of Israeli/Lebanese cooking: tahini, za’atar spice, lemon, big glugs of olive oil, roasted and spiced meats, fresh vegetables, and fistfuls of herbs.
Favorite little-known spot in Charlotte: I love Musashi, way down South Boulevard near Pineville. They have a great bowl of ramen and true Japanese izakaya. 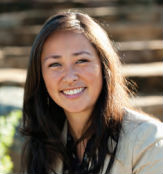 Hometown: I always claim D.C./ Baltimore. Have lived in Charlotte 11 years. Background in journalism and food writing: I am a freelance consultant for branding and business management consulting companies. I am the founder of Edible Charlotte magazine, a magazine that was focused on the local and sustainable food culture of Charlotte.
First food memory: Trying to figure out how chopsticks work.
Favorite family recipe: My mom’s Japchae (glass noodles with beef and vegetables).
Favorite type of cuisine: Any cuisine that is touched by the Mediterranean, and then Thai.
What is the most difficult recipe you have ever cooked? In relative terms, that would be the flan I attempted to make for my middle school Spanish class. It was my first experience with a water bath. As an adult, probably gnocchi. There is a huge divide between good and great gnocchi.
Favorite little-known spot in Charlotte: I like going to Viet Thai for the bún.
What’s at the top of your bucket list? A culinary trip to Spain and a fishing trip to Alaska.

This article appears in the January 2016 issue of Charlotte magazine.
Contest of the Month