When chef Troy Gagliardo approached Bottle Cap Group CEO Britton McCorkle to see whether they could work on something together, McCorkle had an idea. He was looking for an executive chef at his new restaurant, Wu’s Cajun Sea Food, on South Boulevard, in the former Nan and Byron's spot. He asked Gagliardo if he’d be interested in the gig, which could perhaps lead to more collaboration down the road. Gagliardo, who has made the spice blends for Bottle Cap since 2008, joined the team in February.

Gagliardo’s face is familiar in Charlotte. He has been cooking on local news station WCCB for 10 years, going on air each Tuesday at 7 a.m. to share recipes and cooking tips on Troy’s Everyday Eats. So when it came time to work on the menu for Wu’s, Gagliardo went through the nearly 2,000 recipes he had created to see what might work. Most of them were Southern with some sort of twist—a natural lead-in to Cajun with an Asian twist. The resulting menu is a bold—and promising—menu unabashedly marrying Asian and Cajun flavors and techniques.

“That’s what I love about cooking,” Gagliardo says. “I didn’t go to school, so I don’t feel like I have any restrictions.”

It’s unconventional, but has the potential to bring in as many hip South Enders as any of the other Bottlecap Group spots, such as Ink N Ivy, Whiskey Warehouse, and Brazwell's.

Since February, Gagliardo has already been promoted to corporate chef of Bottle Cap Group, though for now, he’s focusing on getting Wu’s open, scheduled so far for early June. Scroll through the photos below for a menu preview, but here is the short scoop: expect fun seafood dishes and thoughtful fusion from chef Gagliardo and his chef de cuisine Paul Warren, who joins Wu's from Brickhouse in Davidson. 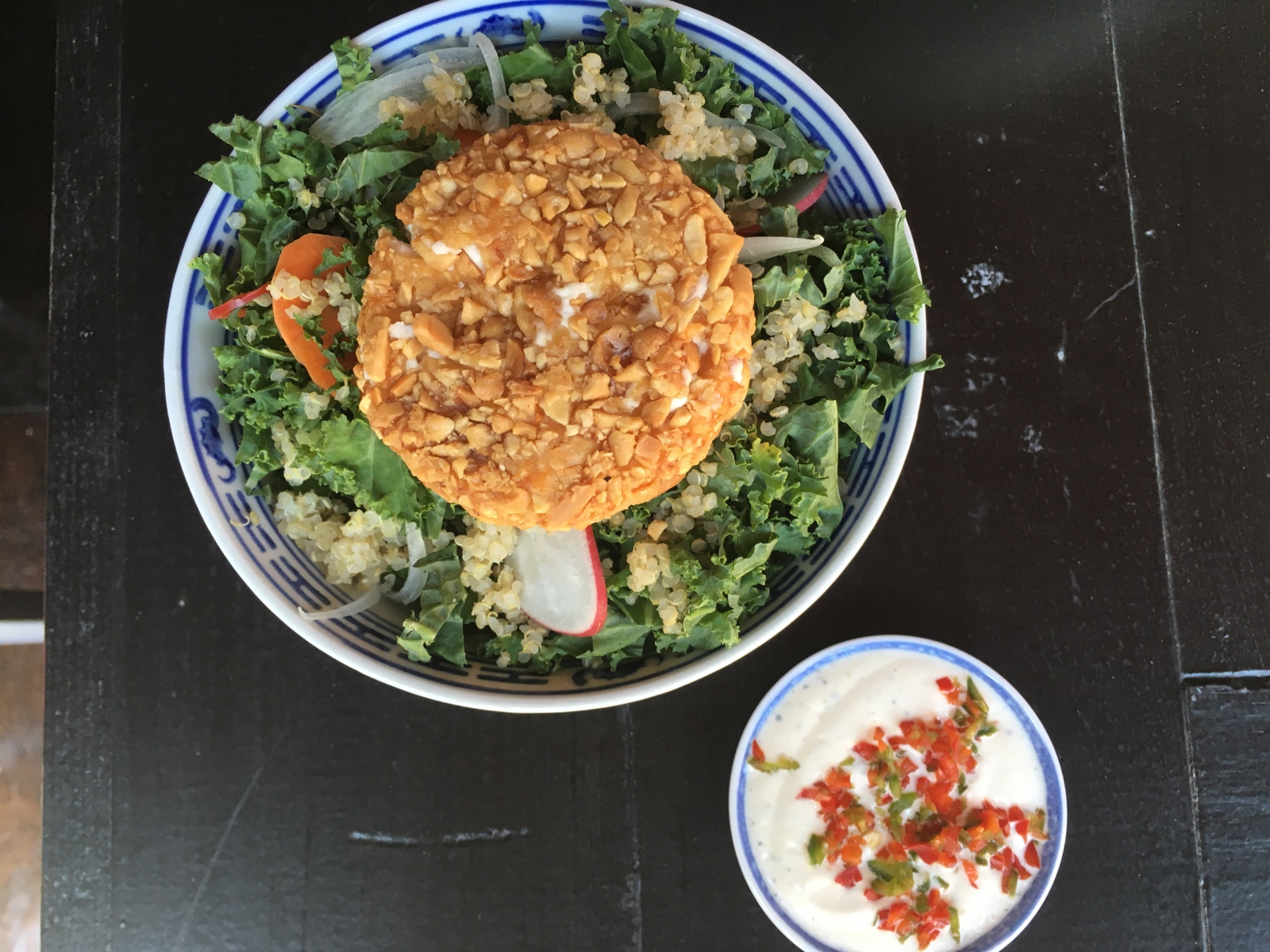 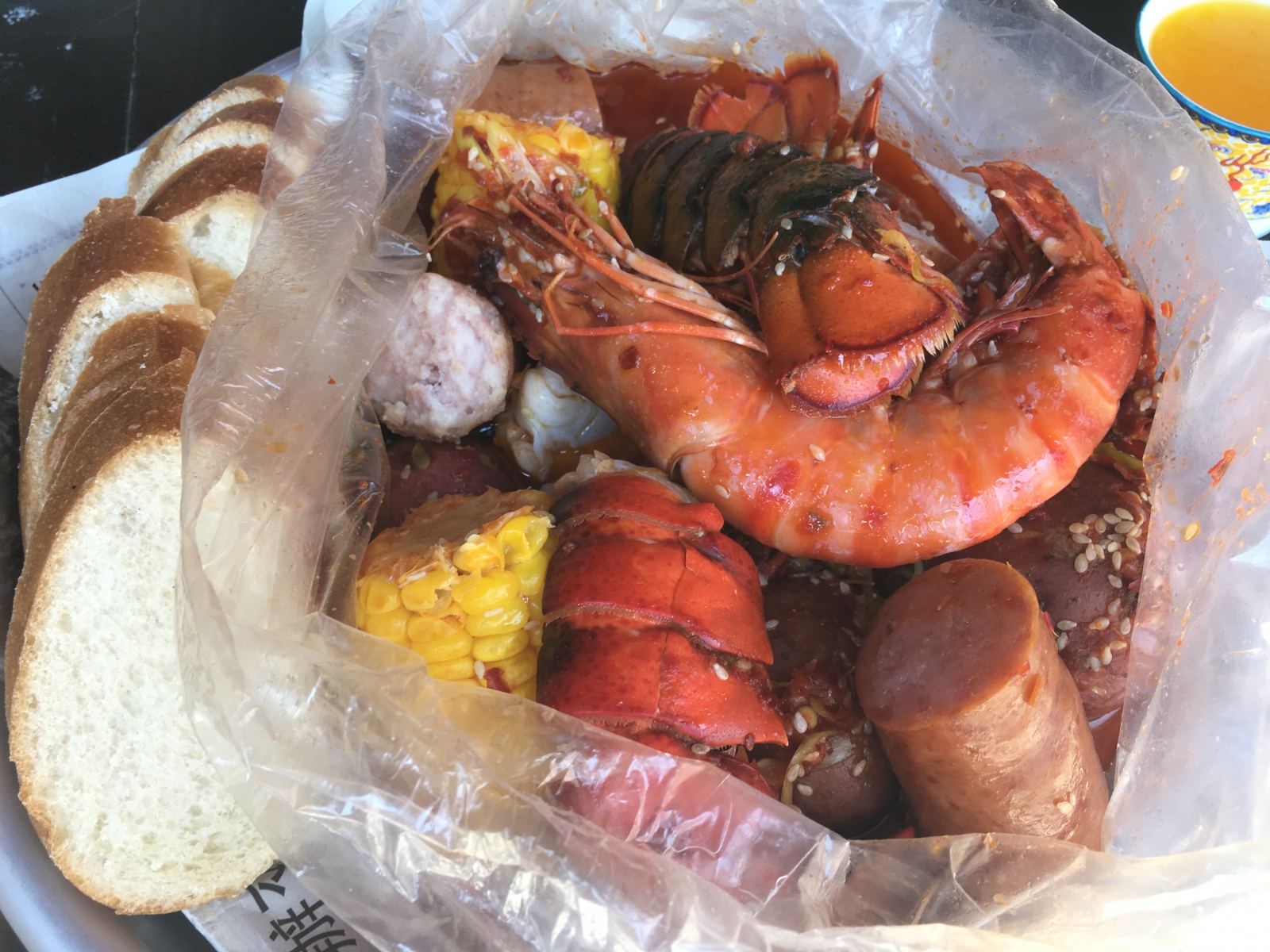 "The Wu Boil" has its own menu for a build-your-own bag. You can choose from shrimp, crawfish, oysters, clams, mussels, lobster, and snow crab, then pick your seasoning and veggie or sausage extras. Guests who order the boil will get an apron and gloves so they can dig right in without getting dirty. 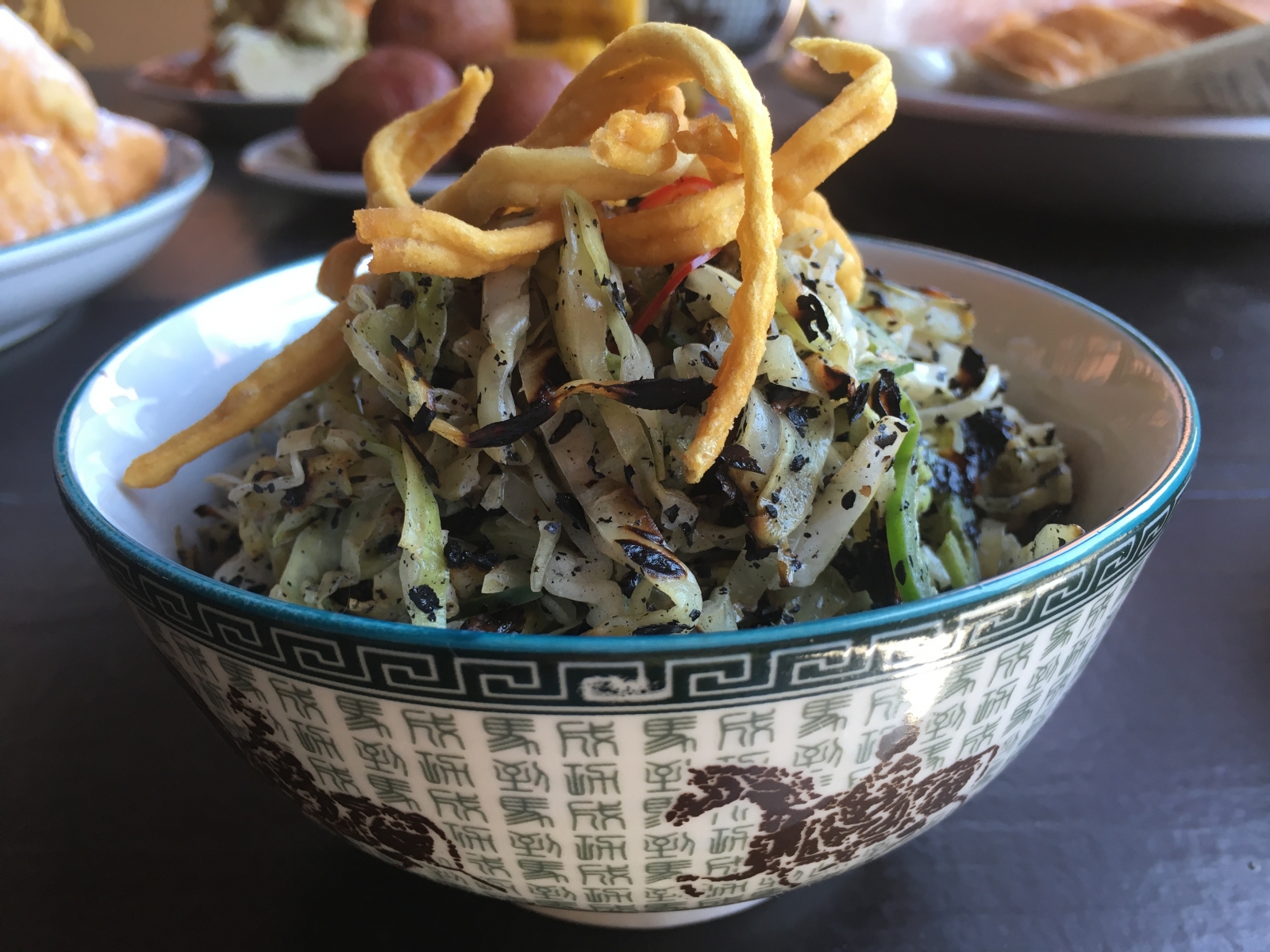 The charred slaw is made with grilled cabbage, jalapeno Cajun dressing, and fried ramen noodle bits. 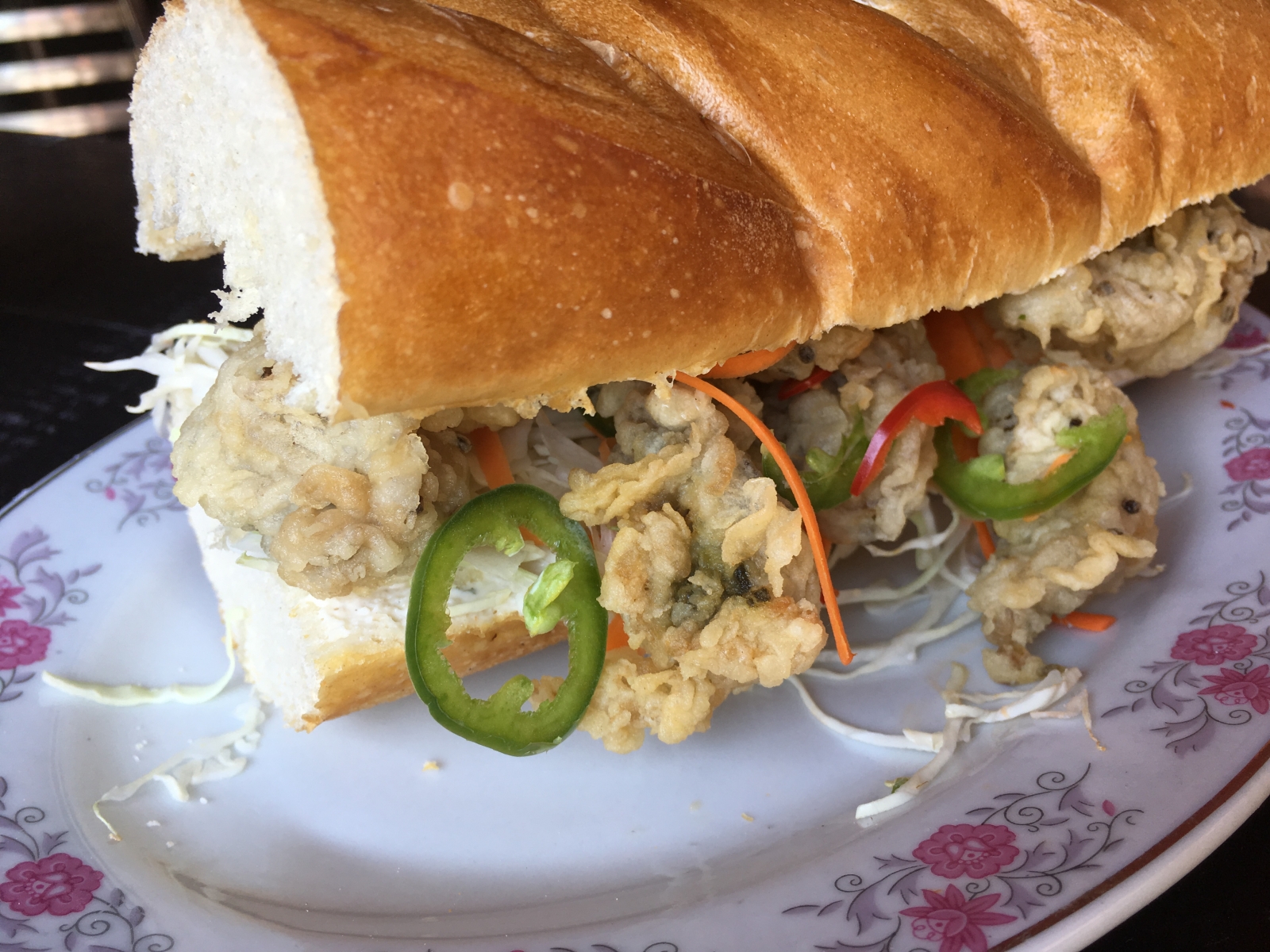 One of the most clever fusion items on the menu: The Oyster Po' Mi, a New Orleans-style po boy meets bahn mi. It comes with fried oysters, miso mayo, tasso ham, cabbage, carrot, jalapeno, and cilantro. 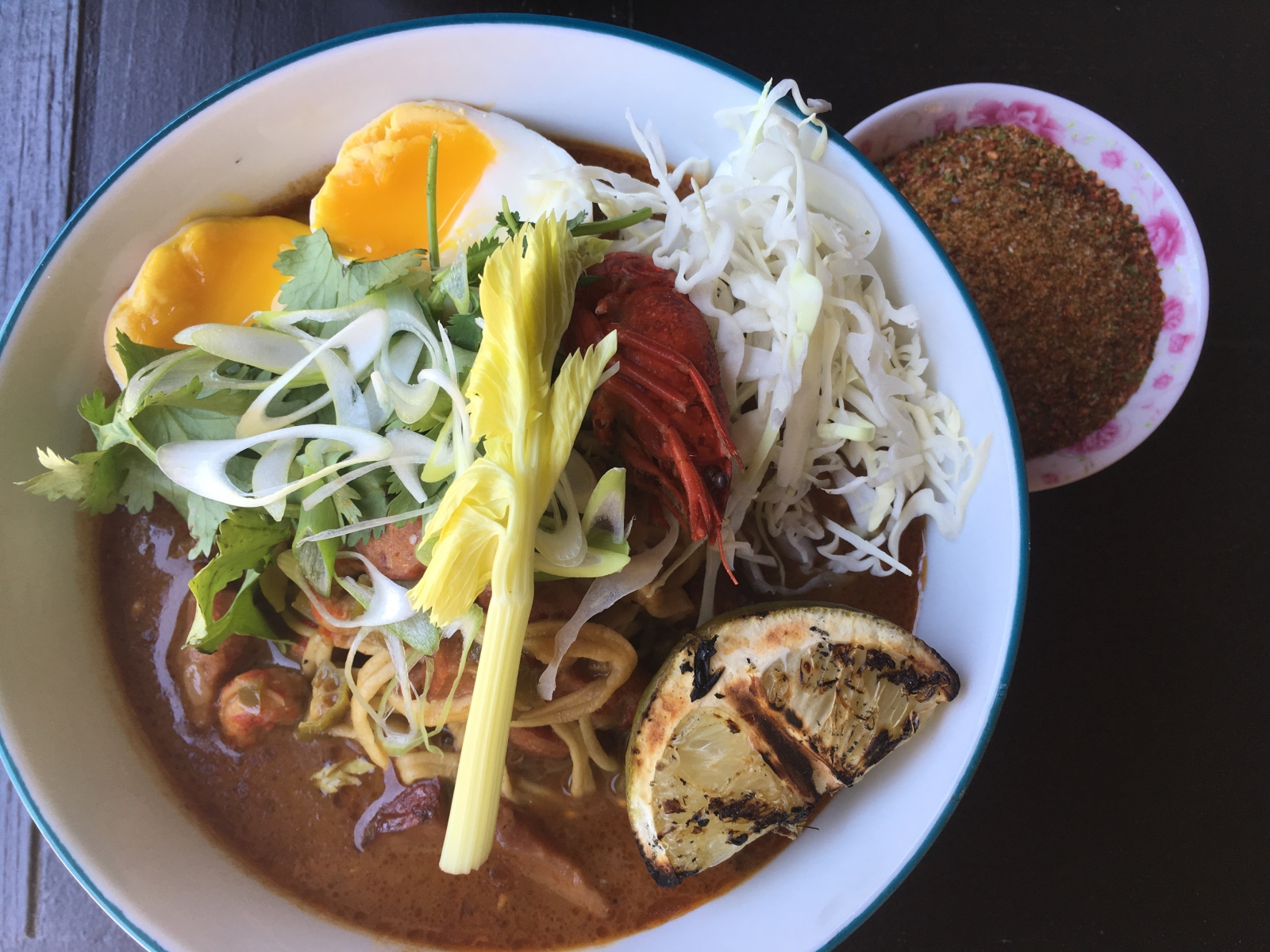 Another fun dish we think will be popular: the gumbo ramen, made with a gumbo base, house-made ramen noodles, crawfish, cabbage, and a soft-boiled egg. "The whole concept of gumbo is this thick both, and ramen is the same thing – ramen has that fatty broth," Gagliardo says. 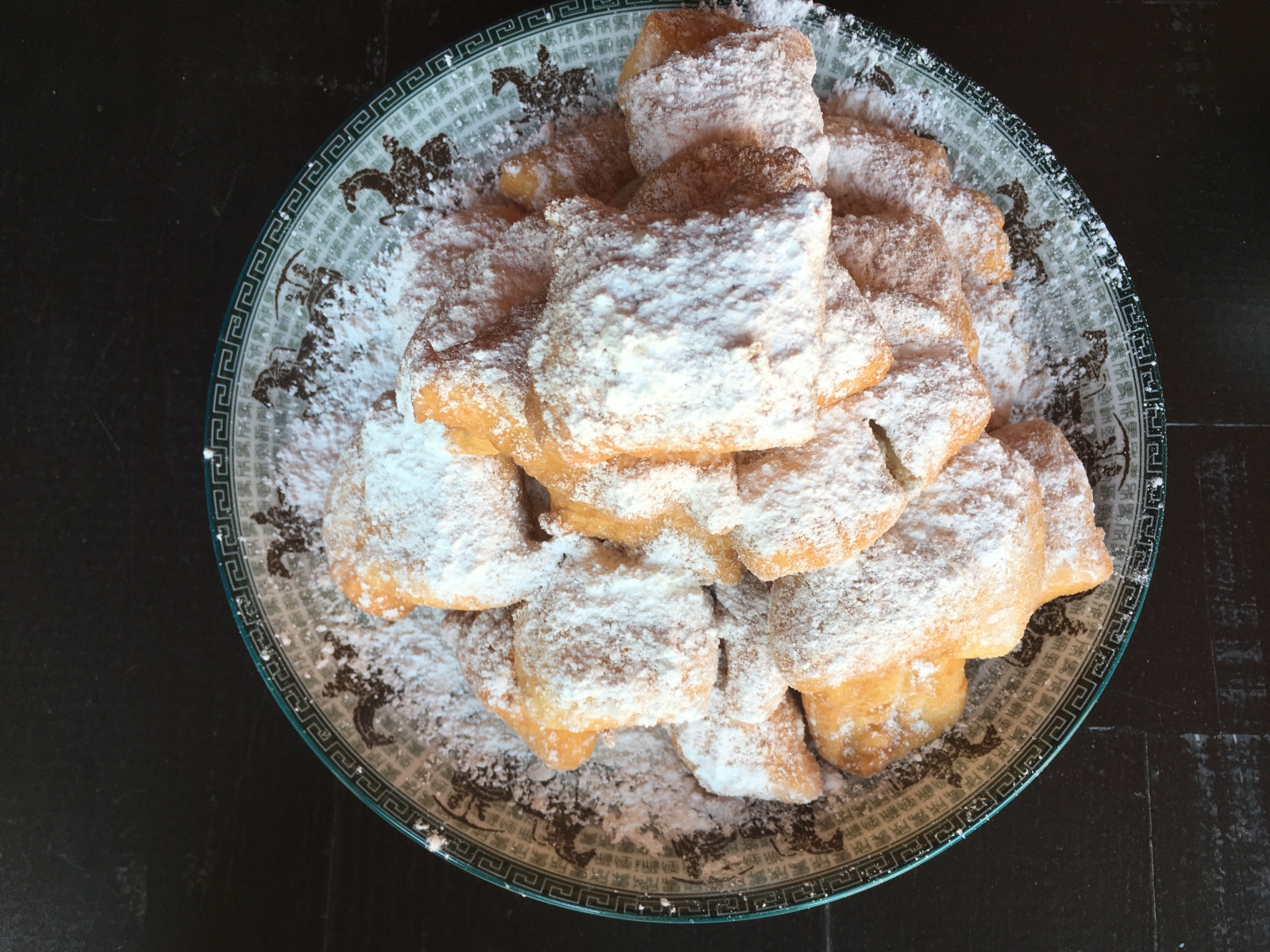 What's a Cajun spot with no beignets? These ones are made with buttermilk.

Need to know more? Read our Q+A with McCorkle on Wu's here. They're currently hiring staff, too, if you're looking for work.

This article appears in the May 2017 issue of Charlotte magazine.
Categories: Food + Drink
Contest of the Month