Earlier this month, we explained why some Panthers players are mad at the wildly popular video game. Within the past week, two more Carolina-related Madden items have been making the rounds on the internet.

In his "Breaking Madden" series, SB Nation's Jon Bois uncovered an interesting nugget: Moving Cam Newton to running back makes him Carolina's top back and 13th best in the league. 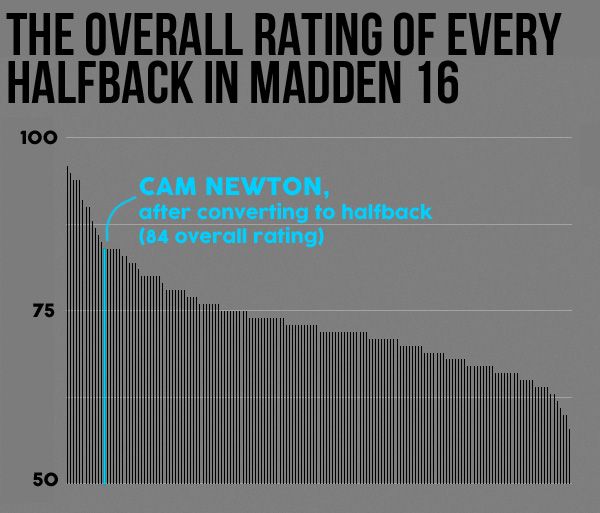 There's also a clip floating around that features the Panthers and Cardinals chasing a fumble for nearly 10 minutes. It's likely a glitch, or, after watching January's sloppy playoff game between the two teams, perhaps developers think it's a possible real-life scenario.

If you have nothing better to do, you can watch the whole thing below. Or you can skip to the end where Ron Rivera appears to take a glance at his watch.

This article appears in the September 2015 issue of Charlotte magazine.
Categories: By Bill Voth, Panthers