As attendance at Charlotte-Mecklenburg Schools continues to grow by roughly 5,000 students each year, many parents complain that CMS has become a giant grown so large it can no longer see its own feet. High-performing schools continue to soar, while those at the bottom continue to look up.

With several new plans announced, programs added, and frequent realigning and restructuring, it can be tough keeping up with what’s going on inside Charlotte-Mecklenburg Schools. But you may want to. It’s your tax money that’s being spent. 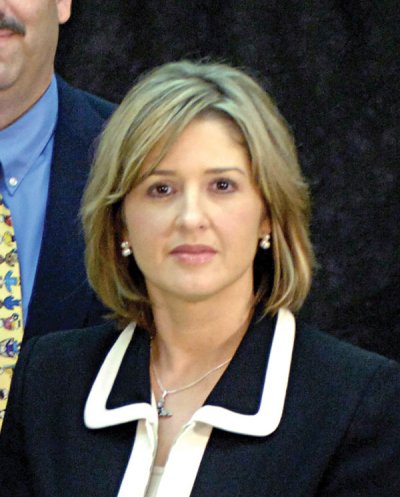 As attendance at Charlotte-Mecklenburg Schools continues to grow by roughly 5,000 students each year, many parents complain that CMS has become a giant grown so large it can no longer see its own feet. High-performing schools continue to soar, while those at the bottom continue to look up.

There is no denying that Charlotte’s public schools have their share of challenges. Poverty, overcrowding, and an influx of non-English-speaking students all burden an already overtaxed system. Add to that an annual teacher/principal turnover rate that hovers around 15 percent, and the scant number of qualified teachers graduating from area universities to replace them, and it spells out one thing: T-R-O-U-B-L-E. But CMS officials have a plan, and they’re confident in it. Though it is not without its critics.

With the implementation of the Charlotte-Mecklenburg Schools Strategic Plan 2010, CMS leaders hope to ensure that no CMS student—or teacher or parent—will be left behind. Although the plan has a target date of three years from now, according to CMS Chief Academic Officer Dr. Ruth Perez, many of the initiatives outlined are either already in place, or will be by the start of the 2007-2008 school year.

“With the exception of a few things that we decided to wait another year before implementing, we’re pretty much trying to do it all in the next year,” says Perez, who joined CMS last October after serving as an area superintendent for Orange County Public Schools in Orlando. She oversees curriculum and instructional services for all students in the district.

The most significant change on the horizon is the decentralization of the district into seven smaller “learning communities”—six geographically based, and one composed of CMS’s most challenged schools that has been dubbed the Achievement Zone. Each learning community will have its own office and superintendent, who will report to Perez, with the exception of the Achievement Zone, whose superintendent will report directly to CMS Superintendent Dr. Peter Gorman.

Maurice “Mo” Green, former CMS general counsel and current chief operating officer, has high hopes for the decentralization process. “We needed to move a lot of the decision making and issues down to a lower level, and we needed to be much more responsive to our public, meaning our parents, our students, our community, and our schools.”

A number of factors, including geographic considerations, high school feeder patterns, and area demographics, were used to determine how the learning communities would be organized. Each community will be composed of about 25,000 students, with some opportunity for growth in the next four years, and will be made up of schools from pre-K through twelfth grade. Seven area superintendents have already been appointed by the Board of Education. According to Perez, area office addresses and contact information were tentatively scheduled to be on CMS’s Web site “by mid-July, but definitely before school starts.”

Karen Bentley, a Republican elected to the Mecklenburg Board of County Commissioners last November, has reservations about decentralization. “It is difficult to know how decentralization will impact the schools,” she says. “I think the greatest opportunity with decentralization will be responsiveness to parents and possibly safety, [however], I have seen no data to suggest a positive impact on academic performance.”

Bentley, who has long been involved in public education and currently serves on the board of directors of Lake Norman Charter School, says she believes the best way to have a positive impact on students, regardless of socioeconomic status, is through complete deconsolidation of large school systems. “The data to support this is undeniable,” she says. “[It suggests] that the students who benefit the most from true deconsolidation are high-poverty children.” Bentley feels CMS’s decentralization plan will only be far reaching enough if it gives the learning communities the autonomy they need to address the needs of those families in their areas. “My concern is that what CMS has created is another layer of bureaucracy that will be unable to address the needs of its [constituency] in a sufficient manner.”

Perez says there are some specific programs on track for this school year that should garner measurable results. One, for example, is an intensive reading program for students in kindergarten through the third grade who are not at grade level. “These students will have a narrower curriculum with a focus on extra reading time and instruction,” she says.

At the middle school level, Perez says that several interventions, such as the software-based Academy of Reading and Math and the 8 Plus Program, “for students who are not necessarily ready for ninth grade, although they will technically be ninth graders,” should have an impact. Located at Midwood High School, this facility will target those students who would normally feed into the area’s most challenged high schools. The enrollment will be about 300, and students will receive a specialized curriculum, with an intensive focus on reading and math. At other high schools with high enrollments of Level One and Level Two reading and math students, CMS is launching the Pre-Ninth-Grade Academy to get students up to grade level.

While some have voiced concerns that these new initiatives may come at the cost of other programs, Nora Carr, CMS chief communications officer, says the plan will be funded primarily through savings realized from district reorganization. “I don’t think it’s a neat, ‘This was cut to fund this.’ It was a combination of staff reductions, expense reductions, etcetera. We’ve also redirected funds from a variety of sources to support the strategic plan,” she says. “School programs were not cut.”

In addition to attempting to bring students up to speed, CMS is also implementing efforts to improve how teachers deal with challenges. “Our biggest barrier is poverty,” notes Perez. To combat the issue, CMS teachers and administrators have begun training in more efficient methods of teaching children of poverty and those who speak English as a second language. June 25-29 saw the debut of a weeklong summer teacher institute that provided training for teachers representing all 160 CMS schools, at every grade level. Nearly 900 teachers were hand selected by the principals at each school. “They’re the ones who are in the trenches,” says Perez. “We need to provide them with the training and support that they need. This weeklong teacher institute, which we hope to replicate each year, is a good start.”

It remains to be seen what the final impact of the CMS Strategic Plan 2010 will be. While cautiously optimistic, Perez is waiting to see the all-important test scores. “When the data comes in as we put these pieces in place throughout the year, that’s when I’m going to get excited.”

Bentley, too, is waiting for the numbers, but she also isn’t reluctant to assess the current progress. “If I were to grade CMS, I would give it a C,” she says. “However, I would give the teachers a B+ because I believe as a whole, they are doing what they love, and trying to make a positive impact on their students. They have a difficult job. Much of the C comes as a result of an ineffective school board majority.”

Green is more positive. “We spent a lot of time putting the plan together, and it is far reaching,” he says. “A lot of school districts just go from Point A to Point B and hope to get to Point C. This plan gives us pretty strong direction on where we need to be going and what we consider important. I feel good about that.”

Judy Cole is a Gastonia-based freelance writer and editor. In the July issue of this magazine, she wrote about the challenges doctors face providing healthcare in Charlotte.