Nottely River Valley Vineyards’ tasting room opens at noon, but I’m a little early. Owner Steve Thompson still has some chores to do—set the “open” sign out on the main highway so folks know where to turn (Raper Road), thank the volunteers who helped him pick grapes all morning—so he offers me a glass of chardonnay on the house and directs me toward the cushy patio furniture.

This early September day marks the end of harvest season at this vineyard on the outskirts of Murphy, a tiny town on the far southwestern tip of North Carolina, just east of Tennessee and north of Georgia. Thompson began making his own wine here in 2008 after 40 years traveling the world as a pilot in the Air Force and for Delta Airlines. He estimates that he’s sipped reds and whites in Australia, Italy, Morocco, and at least 100 other countries. 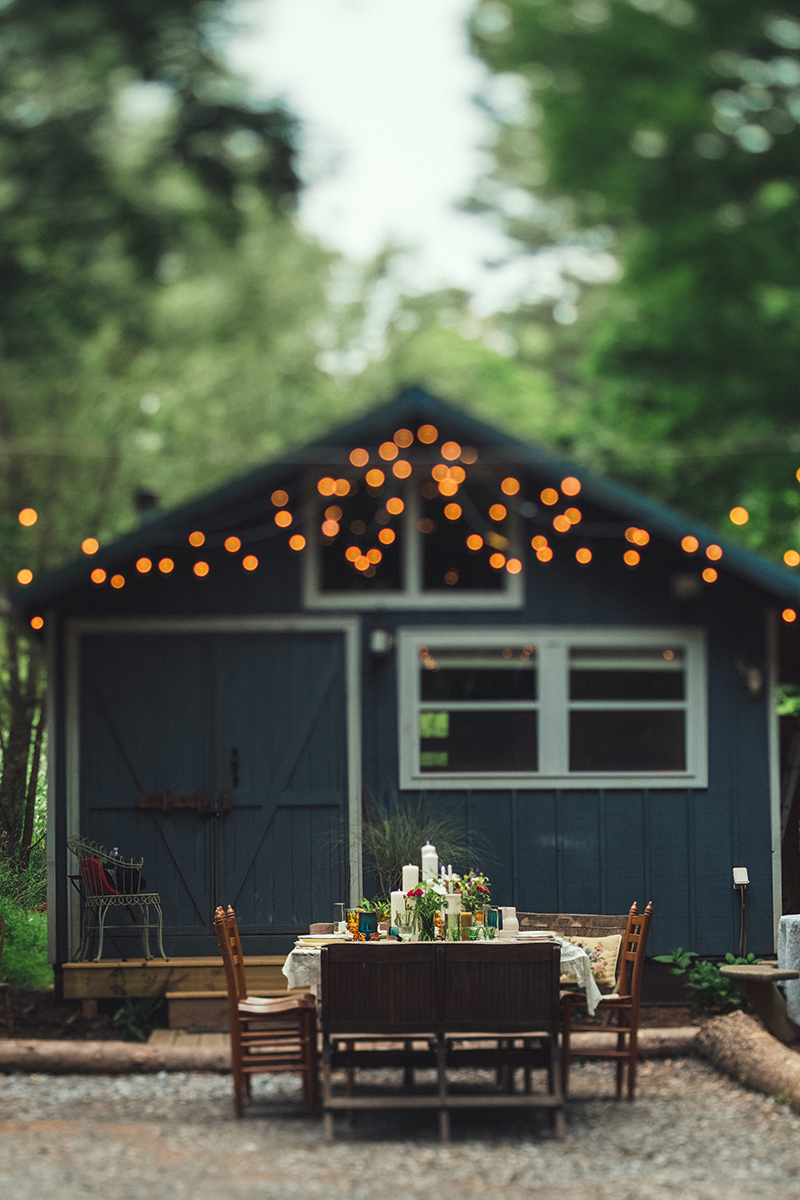 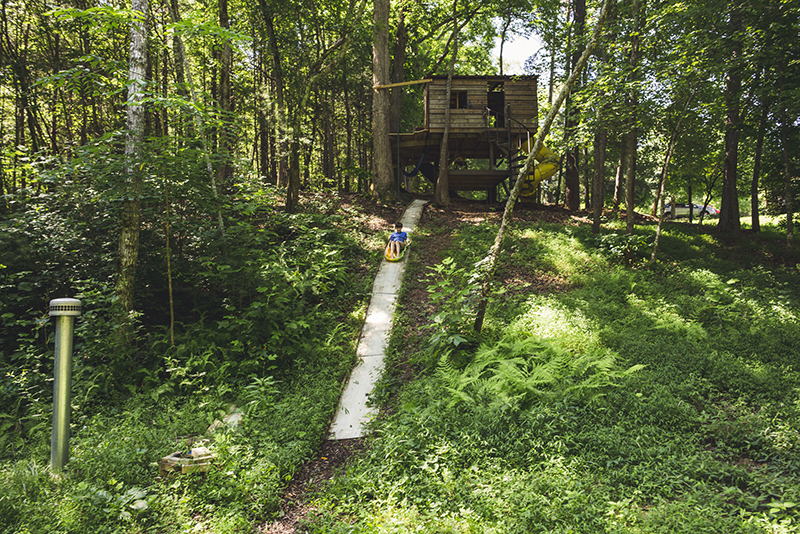 The Holler House, in a secluded patch of woods near Murphy and a short drive from Nottely River Valley Vineyards, owned by Steve Thompson. Appalachian Wedding Photography.

Thompson grew up on this patch of land—a 93-acre farm that’s been in his family since 1820. The town has become a destination for whitewater rafters, hikers, and gamblers. “This is our gamble,” Thompson’s wife, Karen, says. Too much or too little rain, and the rows of vines are for nothing.

The day before, a barista at the recently opened BakeShop downtown described Murphy as “a real-life Norman Rockwell painting.” Rockwell’s depictions of American life in the early and mid-20th century look much like Murphy does today, with its expansive farms, antique stores along the quaint main street, and views of the Appalachian Mountains in the distance.

I’m staying in a 384-square-foot cabin just five minutes from the vineyard. The space, which Airbnb host and photographer Emilie Gates calls “The Holler House,” used to be a woodworking studio. But when Gates purchased the property, which also contains a larger main house where she lives with her husband and three children, she transformed it into a picturesque guesthouse with white wood-paneled walls, vaulted ceilings with a lofted sleeping area, a clawfoot tub, and twinkling party lights outside.

Almost everything in the space was built by hand, recycled, bought from a thrift store, or passed down from a family member. The picnic table outside came from a McDonald’s. The cast iron wood-burning stove was left over from the previous owners, and the linen chest at the foot of the bed was her grandfather’s.

Up the hill, Gates and her family built a treehouse with two slides and a fireman pole. The area, which she also has listed on Airbnb for “glampers,” offers a slackline, a bobsled slide, and a goliath swing. “Hope you brought your big girl panties!!!!!” Gates messages me before giving me a tour of the property. 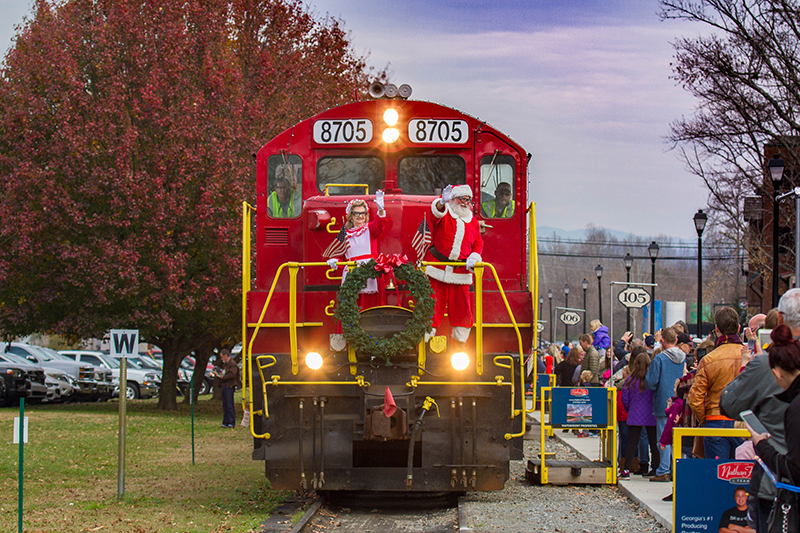 There’s no cable (but there is Netflix), no paved roads, and limited cell service. I drink mountain water from the tap, spend hours reading on the pleather couch, and bathe in the outdoor shower with the tree canopy as my curtain.

The morning of my departure, Gates and her daughter meet me at the Thompsons’ vineyard. We sit and talk about what books we’re reading and the gorgeous sunny weather for the better part of an hour. As we get up to say goodbye, Gates hands me a small painted rock with a toothy smile and red lips. A memento, she says. It reads, “Don’t worry—Be happy!”

WALK ALONG THE RIVER(S)
Surrounding Murphy on three sides is water: the Hiwassee River to the south and west, Valley River to the north. Park at the L&N Depot downtown and stroll the gravel trail along the river.

DAY TRIP TO BLUE RIDGE
Just over the Georgia border is the town of Blue Ridge. This month, take a four-hour trip along the Blue Ridge Scenic Railway to the sister towns of McCaysville, Georgia, and Copperhill, Tennessee. From November 29 to December 23, enjoy the one-hour Santa Express train with appearances from the Clauses.

WARM UP WITH COFFEE
For a morning or early afternoon coffee and cinnamon roll, head to The BakeShop. On Wednesday, Thursday, and Friday, the nearby Daily Grind and Wine stays open until 8 p.m. with live music, coffee, and wine.

This article appears in the November 2019 issue of Charlotte magazine.