Not Invited to the Party

All politics are local - and have a history of divisiveness 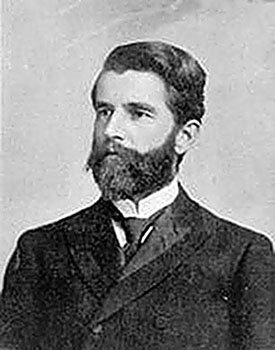 Marion Butler was a U.S. Senator and leader of the Fusionists in North Carolina during the 1890s.

It was an ugly period in Charlotte's history. It began when racial tension and labor unrest boiled over in an 1894 political campaign that chased the privileged elite from office. Six years of political control by the "Fusionists," however, triggered a backlash that resulted in more than six decades of oppression for African-Americans.

A Populist Party composed of frustrated tenant farmers and mill workers joined with the Republican Party, dominated locally by African-Americans, to form a Fusion Party that swept the ruling Democrats from office in 1894. Statewide, the Fusionists elected seventy-four members of the Legislature and sent two men to the U.S. Senate. Also elected was Republican Governor Daniel Russell, who lashed out against "railroad kings, bank barons, and money princes."

The Fusionists, with a strong base in Charlotte and Mecklenburg County, passed legislation that increased funding for education, capped interest rates at 6 percent, and hiked taxes on railroads and other businesses. Although many of the reforms eventually became mainstream, they were radical for their day, and Democrats, dominated by upper-class businessmen, fought hard to restore the status quo. A campaign to intimidate and disenfranchise African-Americans was organized by the Young Democrats Club.

The Young Democrats organized torchlight parades and held mass rallies in an effort to subdue the Fusionists. Periodically, as many as 1,500 Young Democrats, dressed in bright red shirts, rode their horses down Tryon Street, brandishing weapons and yelling white supremacist slogans. A Workingman's Democratic Club was established, and speakers were dispatched to mill villages to preach white racial unity. A local newspaper complained of "the indignity of submitting to rule by a portion of the white people adding their votes to the black people."

The summer of 1900 saw an aggressive white supremacy campaign that included red-shirt-led parades and a huge rally at Latta Park in support of a disenfranchisement amendment.

The amendment passed, making it extremely difficult for blacks and poor whites to vote. Other "Jim Crow laws" were quickly enacted, and African-Americans were forced to endure second-class citizenship until the civil rights revolution of the 1960s.