Man and his home mean a lot to Charlotte's history 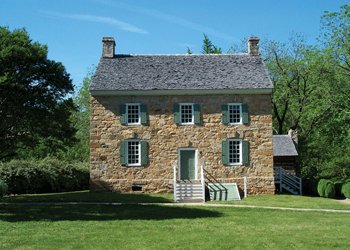 The Hezekiah Alexander home, the oldest home in Charlotte, looks good for is age.

The oldest dwelling in Mecklenburg County, the Hezekiah Alexander home, had fallen into serious disrepair by the end of World War II. Old photos show a shabby, sagging structure with its classic lines obscured by an ill-advised front porch and other “modern" improvements. Many feared that the old house, like so many other local landmarks, would be lost to the wrecking ball.

Recognizing the historical significance of the Revolutionary War-era home, the Daughters of the American Revolution began an effort in 1949 to preserve the historic structure. Additional restoration efforts in the late 1970s resulted in an award-winning effort of historic preservation, and the home was preserved as a living museum of eighteenth-century life.

Hezekiah Alexander, an early settler who came to Mecklenburg as a blacksmith and made his fortune as a farmer and trader, built the two-story house in 1774. An impressive home for its day, the stone house reflects the influence of the German immigrants who came to the region from Pennsylvania in the 1700s. 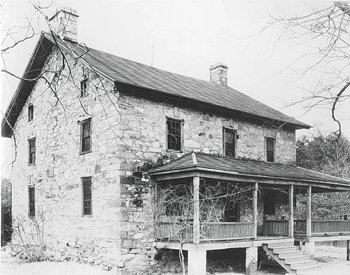 The Hezekiah Alexander home, the oldest home in Charlotte, looks good for is age.

Alexander, his wife, Mary Sample, and their ten children lived in the home—part of a 600-acre plantation—until his death in 1801. Alexander and his brother, John McKnitt Alexander, were leaders in the backcountry resistance to the British during the Revolutionary War. Hezekiah was a signer of the Mecklenburg Declaration of Independence and served as a delegate to the Fifth Provincial Congress.

The Hezekiah Alexander home is on the grounds of the Charlotte Museum of History. An ongoing exhibit at the museum, Solving the Rock House Mysteries, explores the history—as well as the myths and legends—of the 234-year-old home.

This article appears in the February 2008 issue of Charlotte magazine.
Categories: Buzz > Way We Were
Contest of the Month