WHY GO IN AUGUST Beat the Southern heat—it's much cooler in New England than Charlotte in August. 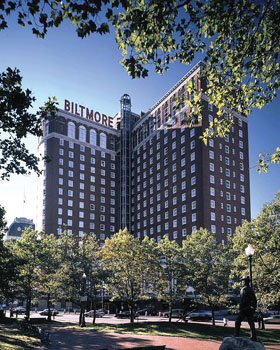 Stay at the Biltmore Hotel

It’s a good bet that Charlotte will be hot this summer given that temps hit 80 in December (damn your prophecies, Al Gore!). So head north to Providence, a city chock-full of New England’s history and funny accents, but without all the traffic.

If you’re looking for a beach with sand that hasn’t reached molten temperature, take a forty-five-minute detour south to the beaches at Narragansett or Newport. But be sure to make it back for dinner in the Federal Hill section of town—ubiquitous chef Mario Batali called it "One of the Top Ten Little Italys in America"—a spot packed with family-owned restaurants like Costantino’s Ristorante & Caffe (DePasquale Plaza, 265 Atwells Ave., 401-528-1100, www.vendaravioli.com ).

Plan your trip to align with one of the city’s many summer WaterFire events—which feature 100 bonfires lit on installations atop the city’s three rivers. A riverside stroll admiring the flames is a perfect way to end an evening.