WHY GO IN MARCH It's not quite springlike weather in Charlotte in March (remember that Easter-weekend freeze last year?), so hop on a three-hour direct flight to paradise and prepare to prep your pearly-white skin for the South's inevitably blazing summer sun. 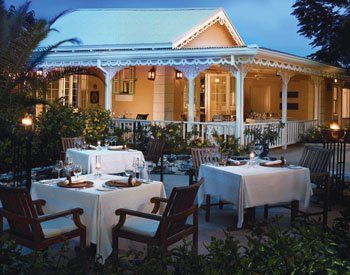 Some of the best beaches in the world are on the Turks & Caicos Islands. But while the super soft white sand is most appealing for a weekend jaunt (read: three days relaxing) it’s the fact that the islands, more specifically Providenciales, are still relatively undeveloped. For the most part, Provo consists of small boutique hotels, which dot the coast of popular Grace Bay.

Provo, though, like St. Barts and the rest of its ilk, is expensive (one half of a turkey club sandwich = $20 plus tip. Ouch.). But you don’t come here to eat, you come here for the water. Most hotels like P.G. offer free access to small-size catamarans, the best way to see the island on your own, and kayaks. But walk about a mile down the beach from P.G. to the vibrant coral reef, where you can snorkel and swim among sea turtles and tropical fish.

Nightlife, unfortunately (or fortunately) is nonexistent on Provo, but if you do venture out for dinner, stay at P.G. and dine alfresco at Grace’s Cottage, one of the best fine-dining spots in Provo. For something more casual walk to Hemingway’s on the Beach (649-941-8408) located at The Sands on Grace Bay (www.thesandsresort.com ) (order the coconut shrimp). But to really amp up your cuisine, Anacaona (649-846-5050), Grace Bay Club’s (www.gracebayclub.com ) open-air, gourmet, ocean-front eatery, boasts fantastic Caribbean eats. The bonus here? It’s adults only.

This article appears in the March 2008 issue of Charlotte magazine.
Categories: Feature
Contest of the Month