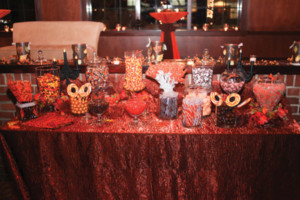 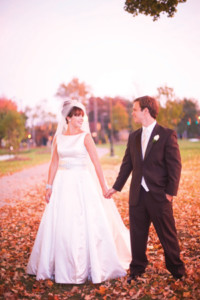 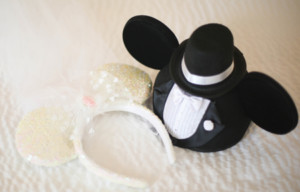 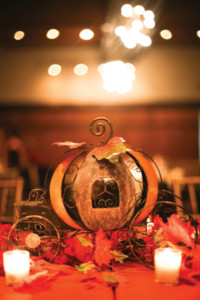 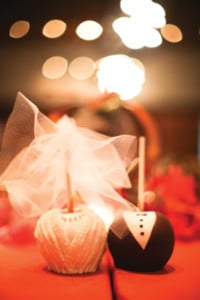 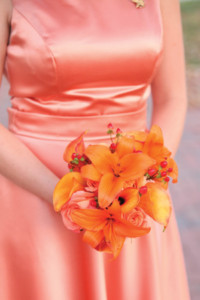 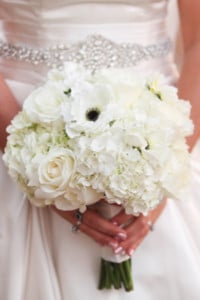 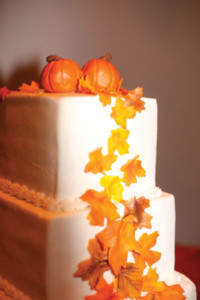 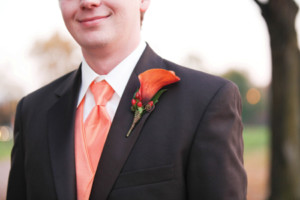 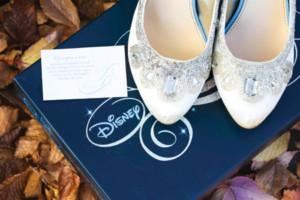 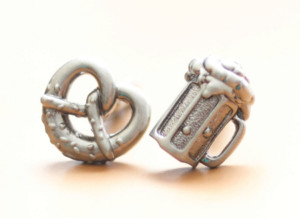 Alyssa Morris and Michael Angolia met during a study abroad project in China while they were students at Appalachian State University. Michael proposed at Rockefeller Center in late October before The Phantom of the Opera, conveniently giving the bride two perfect wedding themes: Phantom meets Halloween. Obviously, the photo-booth props were legendary.

After the ceremony at the bride’s childhood church, St. Thomas Aquinas Catholic Church, the festivities moved to Byron’s South End with its rustic, exposed brick and caterer, Best Impressions. The two swing-dancers hit the floor to Josh Turner’s “Would You Go With Me” before Split Second Sound and the bridal party performed a choreographed dance to “Total Eclipse of the Heart” by The Dan Band. Guests sipped hot Captain Morgan’s-spiced cider and dined on filet mignon, chicken, and salmon.

With chandeliers on the invitations, inside each spooky centerpiece, and over her cascading leaf cake by Icing on the Edge, the décor was bubbling with personality. Centerpieces glowed with glittering pumpkins and autumn leaves, wire pumpkin coaches, and orange linens. Each place setting included candy apples, and the room had a candy spread for trick or treating—a huge success.

The couple departed under a sky lit with Thai wishing lanterns before spending almost two weeks honeymooning in St. Lucia.