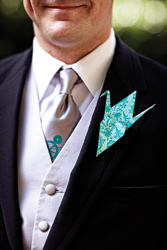 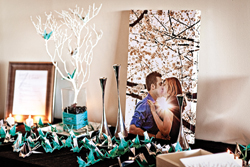 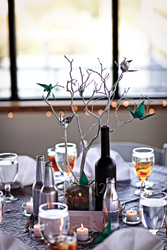 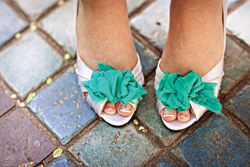 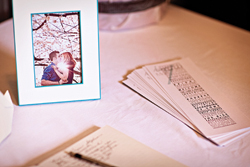 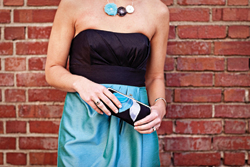 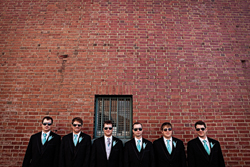 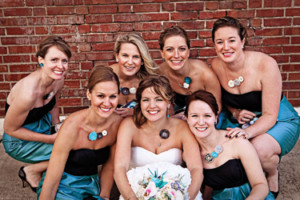 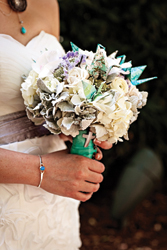 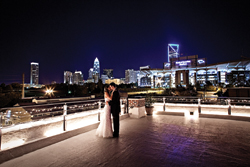 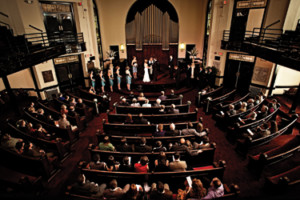 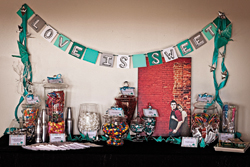 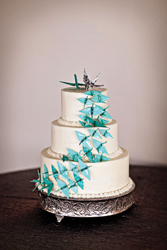 Ashley Miller and Mark Taliaferro’s fall nuptials at the Great Aunt Stella Center were a perfect fusion of Ashley’s earthy, eclectic nature and Mark’s minimalist, industrial style. “Our goal was to create an idea of being invited to an exclusive party in a cool urban setting—something beyond the ordinary but full of personal meaning for me and Mark,” says Ashley.

The bride walked down the aisle in an Anjolique floor-length organza gown from Anjolique Bridal and Formals in Huntersville to the instrumental version of the Beach Boys’ “God Only Knows” to meet the groom in an Aston by Calvin Klein tux. After the elegant ceremony, the party of more than 100 moved to the reception at Roof With a View.

There, guests marveled at the décor, which revolved around more than 700 handmade origami paper cranes, which were incorporated into everything from the groomsmen’s boutonnieres to the table settings. Even the three-tiered carrot cake with buttercream and cream-cheese icing by Simply Delicious Cakes by Whit featured a cascade of mini paper cranes and his-and-hers crane cake toppers. Guests enjoyed a dinner of chicken saltimbocca, grilled flank steak, a sweet potato bar, green beans almondine, and strawberry pecan salad by Family Catering Services in Huntersville before hitting the dance floor. “It was both nostalgic and exciting to realize after seven years together we were able to have one heck of a party with some of our favorite people in the world,” Ashley says.