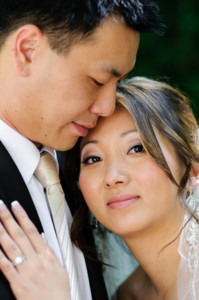 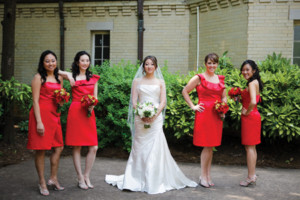 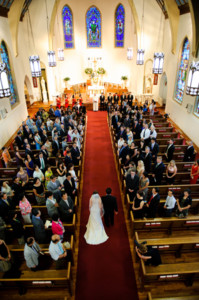 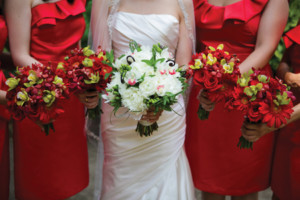 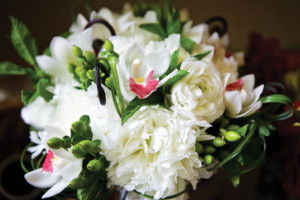 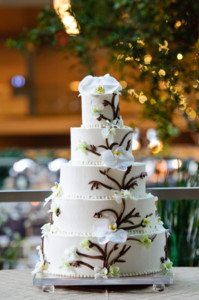 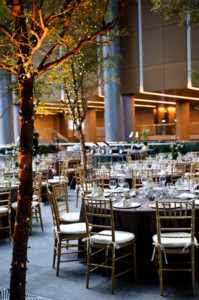 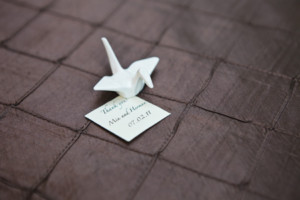 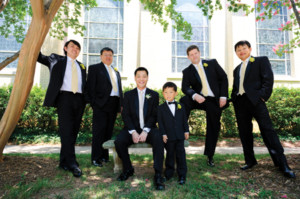 The Fourth of July was red, white, and something blue for these native North Carolinians.

Herman Chen, a healthcare consultant, and Min Young Pak, in finance, wanted their wedding to celebrate the coming together of their Taiwanese and Korean families and cultures. The Korean-Catholic bride was chic in a Pronovias trumpet dress of ivory satin from New York Bride & Groom. Her dad became teary when he saw Min for the first time, flanked by her bridesmaids in flame-colored duchess satin from Bella Bridesmaid.

The Ritz-Carlton designed a custom menu for 225 guests, with traditional Korean dishes such as japchae stir fry and barbecued beef bulgogi, bokkeumbap (kimchi fried rice), and ho bak jeon zucchini pancakes, as well as Chinese favorites such as steamed sea bass with ginger and scallions, Cantonese pork buns, and a Chinese stir fry station. The feast ended with a red velvet wedding cake studded with orchids and late-night dancing with Split Second Sound.