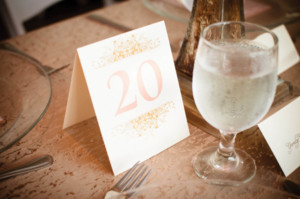 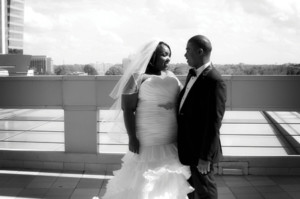 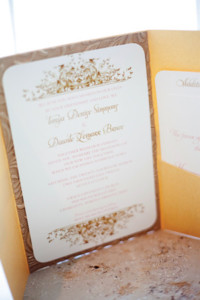 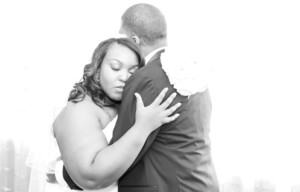 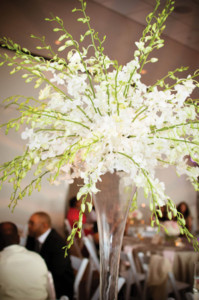 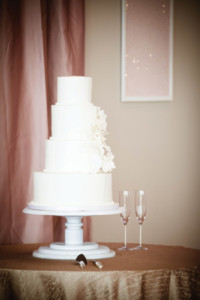 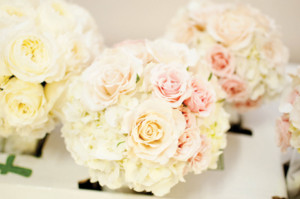 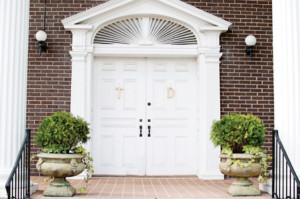 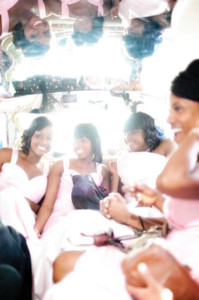 Too shy for an audience, Daunte Bruce, a brokerage analyst with Wells Fargo, arranged a private backstage tour of the Opera Carolina set for Mozart’s Così fan tutte for his proposal to Tonya Simmons, a community developer with Fifth Third Bank.

This charming and original couple wrote their own vows, which they both hilariously managed to leave at home on the big day. Following the family-oriented ceremony, officiated by the bride’s high school teacher and mentor, the pair “jumped the broom”—a tradition symbolizing their new beginning.

Soft pink sequin fabric made a shimmering backdrop for their almond-and-raspberry cake, a minimalist tour de force by Wow Factor Cakes in smooth buttercream, unadorned but for a single trailing orchid. La-Tea-Da’s provided stations for Lowcountry shrimp and grits, citrus chicken with pineapple salsa and mashed potatoes, and a smoked ham carving station. Following the toast, Split Second Sound packed the dance floor, where Daunte and Tonya got to show off their dance moves before flying first to Kiawah, South Carolina, and later, Antigua.