Botiwalla, a full-service restaurant serving Indian street food, opens this week at Optimist Hall. The first tenant in the hall’s upstairs restaurant wing, the spot comes from five-time James Beard Award-nominee Meherwan Irani. This is the third location for the concept, with a first location in Atlanta’s Ponce City Market. 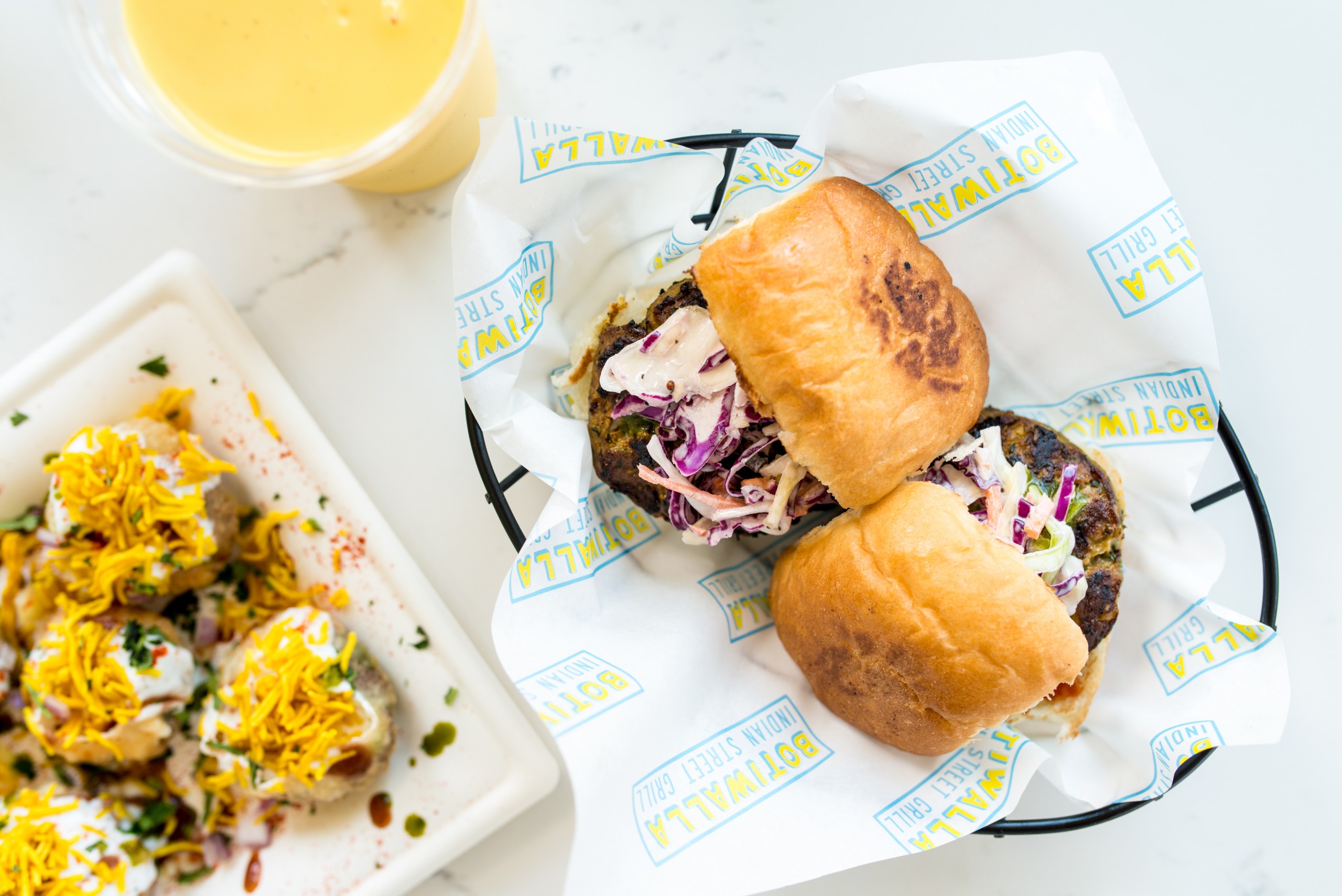 This 2,727-square-foot restaurant is currently in a soft open until Thursday’s grand opening. Per a release, the menu has “grilled chicken, lamb, and paneer wrapped in hot naan with fresh herbs, smoky Lamb Burgers, finger lickin’ chaat such as SPDP (Sev Potato Dahi Puri) and Masala Smashed Potatoes, and the cult-followed Desi Salad,” as well as “snacks and grilled meats, the restaurant features boozy slushies, afternoon high tea, and retail items including Irani’s own Spicewalla spices, roasted and packed by hand in Asheville, NC.” 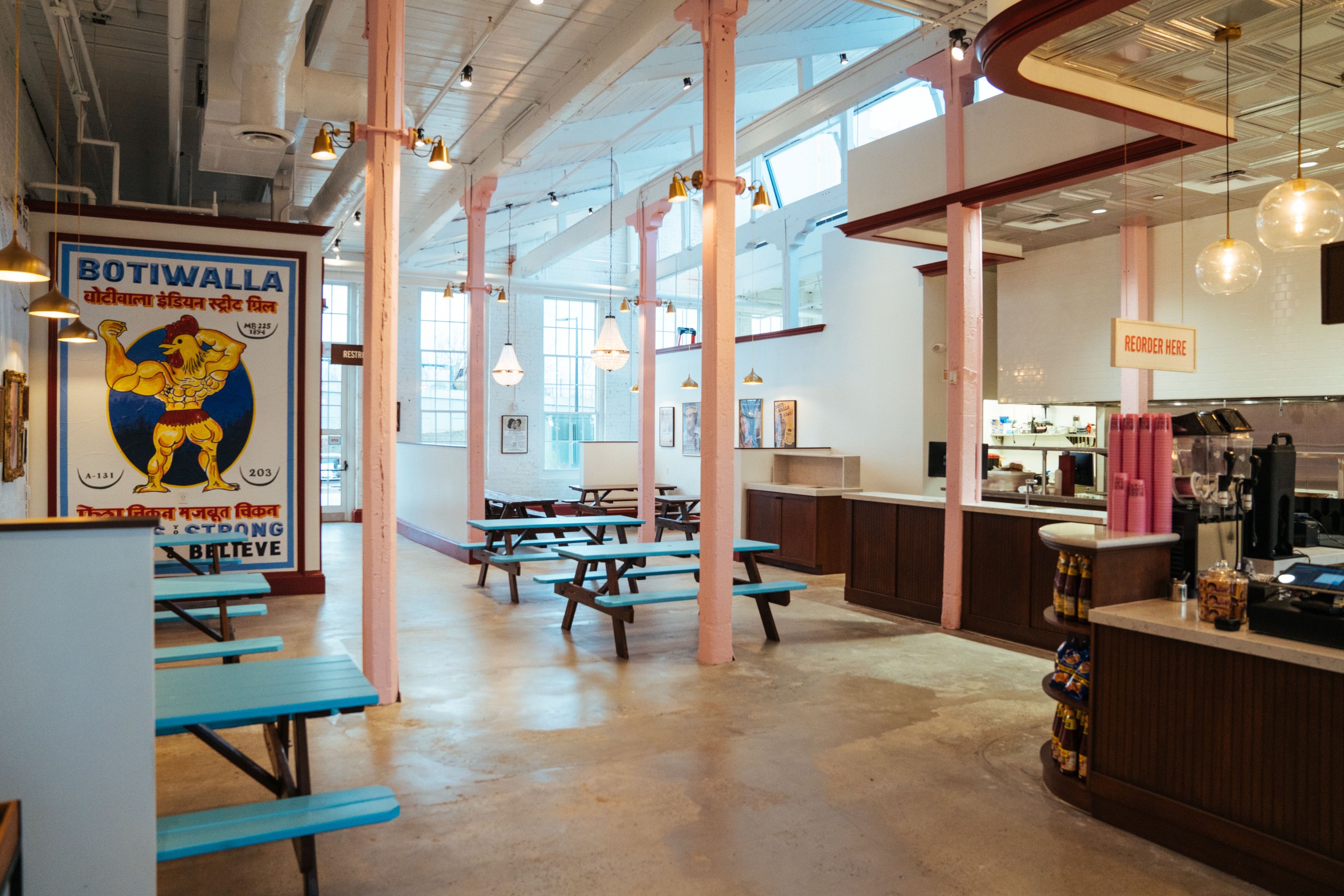 This is the first Indian restaurant for the hall, which has been building its roster of international options since opening last year. Soft opening hours for Botiwalla are 11 a.m.-4 p.m.; regular hours will be 11 a.m.-9 p.m. 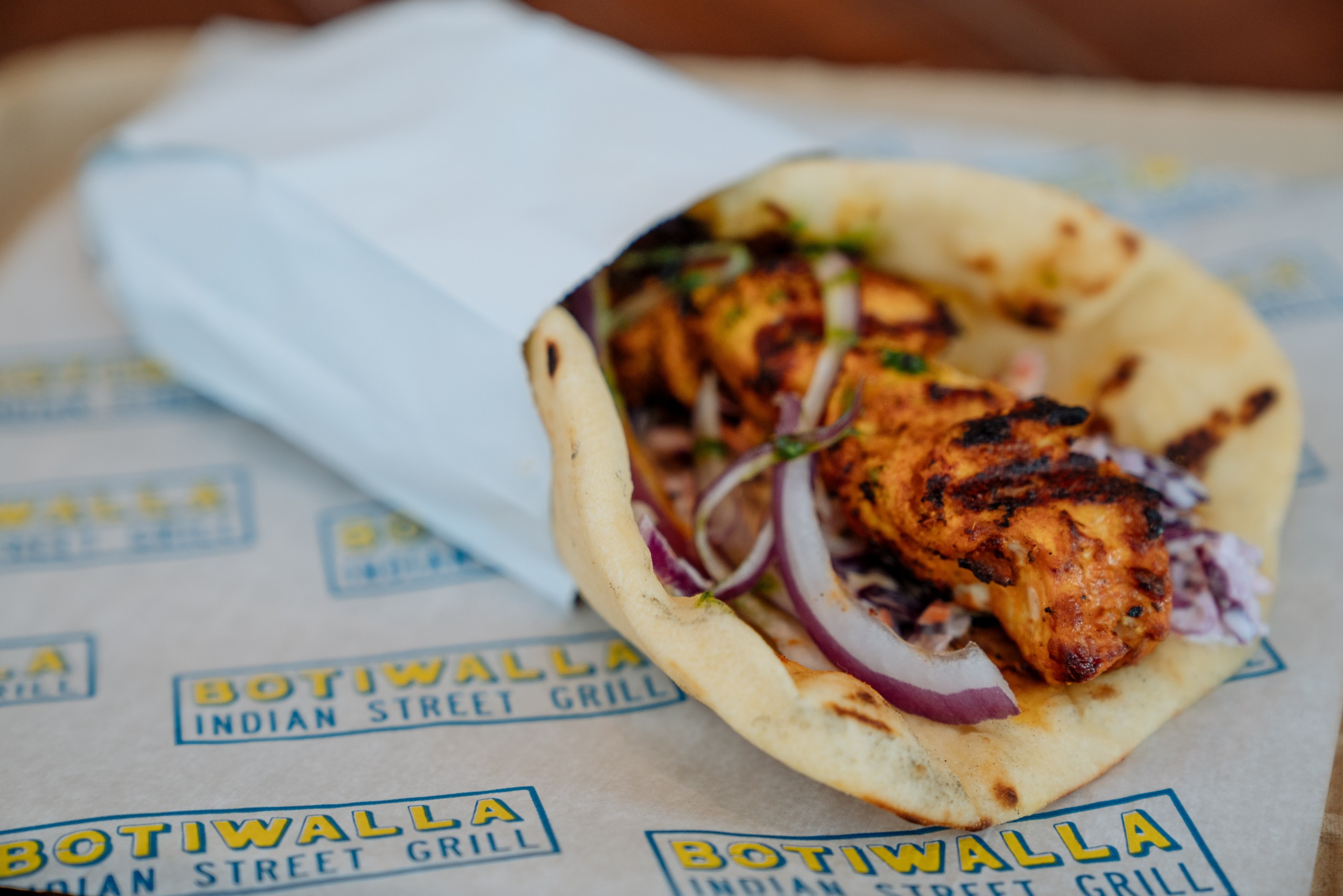