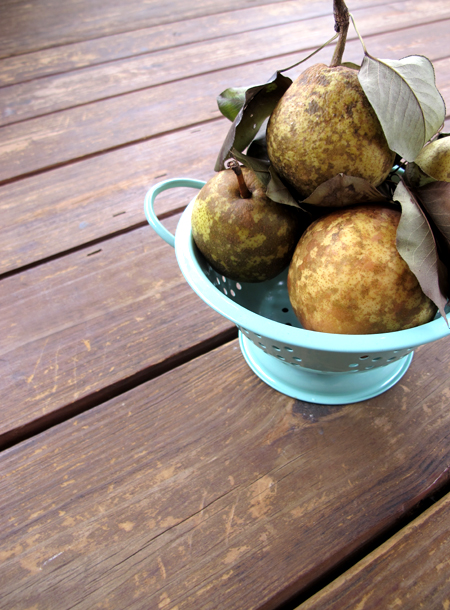 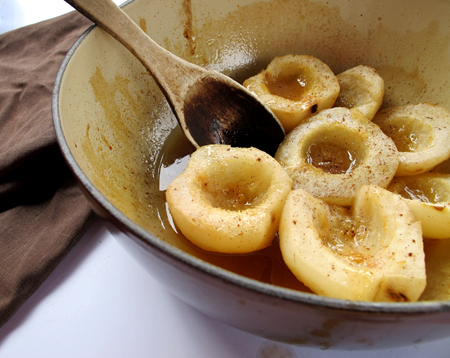 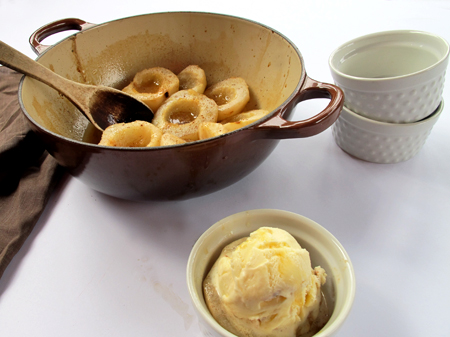 While visiting my grandfather's home last week in South Carolina, he offered me several pounds of pears from his pear tree. He described them as "cooking pears," and explained that they are best when cooked down on the stove with brown sugar. This recipe is a twist on that idea: making a sauce with brown sugar and butter, then pouring the sauce over sliced pears and roasting. Firm Bosc, Anjou, or Bartlett pears work well in this recipe.

A dash of lemon juice

Preheat the oven to 400 degrees F. Arranged sliced pear halves cut side up in a baking dish and sprinkle with lemon juice to prevent browning.

Whisk apple cider and sugar in a saucepan over medium-high heat until sugar dissolves. Whisk in the butter. Pour the sauce over pears. While baking, occasionally baste with sauce. Bake about 35 minutes until pears are crisp-tender and beginning to brown.

This article appears in the November 2015 issue of Charlotte at Home.
Categories: Charlotte @Home
Contest of the Month