Room We Love: A Teen’s Space in SouthPark

Designer Melissa Lee turns a playroom into a teen lounge with a workstation, entertainment center, and reading loft

Melissa Lee’s clients had lived in their SouthPark Tudor for close to 10 years when they hired her to transform the upstairs playroom. Their daughters, now 10 and 13, wanted a more mature lounge space where they could do schoolwork, watch TV, and host sleepovers. “It had heavy architectural details, so we painted the trim and beams to lighten it up,” says Lee, the principal designer at New South Home in Matthews. The girls wanted a darker wall color, so she brought in mauve and pink accents to keep it feminine and chose patterned upholstery and natural woods to create what she calls a “coastal boho vibe.”

GROW GIRL
Before renovation, a hodgepodge of kid-sized furniture and a chalkboard wall underneath the chair rail cluttered the room. Lee removed the rail to “tone down the formality” and installed wall-to-wall Stainmaster carpet. She added woven shades to filter out the late afternoon sun and painted the walls in Sherwin Williams’ Tempe Star and the trim in Benjamin Moore’s White Dove. “The darker wall color made it feel more mature,” she says, “and paint is such an inexpensive way to change the whole vibe of a space.”

ZOOM IN
The girls were in remote school at the time, so each got her own workstation. Lee added reading sconces over the built-in bench and put a big, round table from Wayfair in the center of the room if they needed to spread out. “The desks are from Target,” she says. “We just changed out the knobs to make them look a little more expensive.” The upholstered bulletin board holds notes and lists and hides the wires from the sconce. 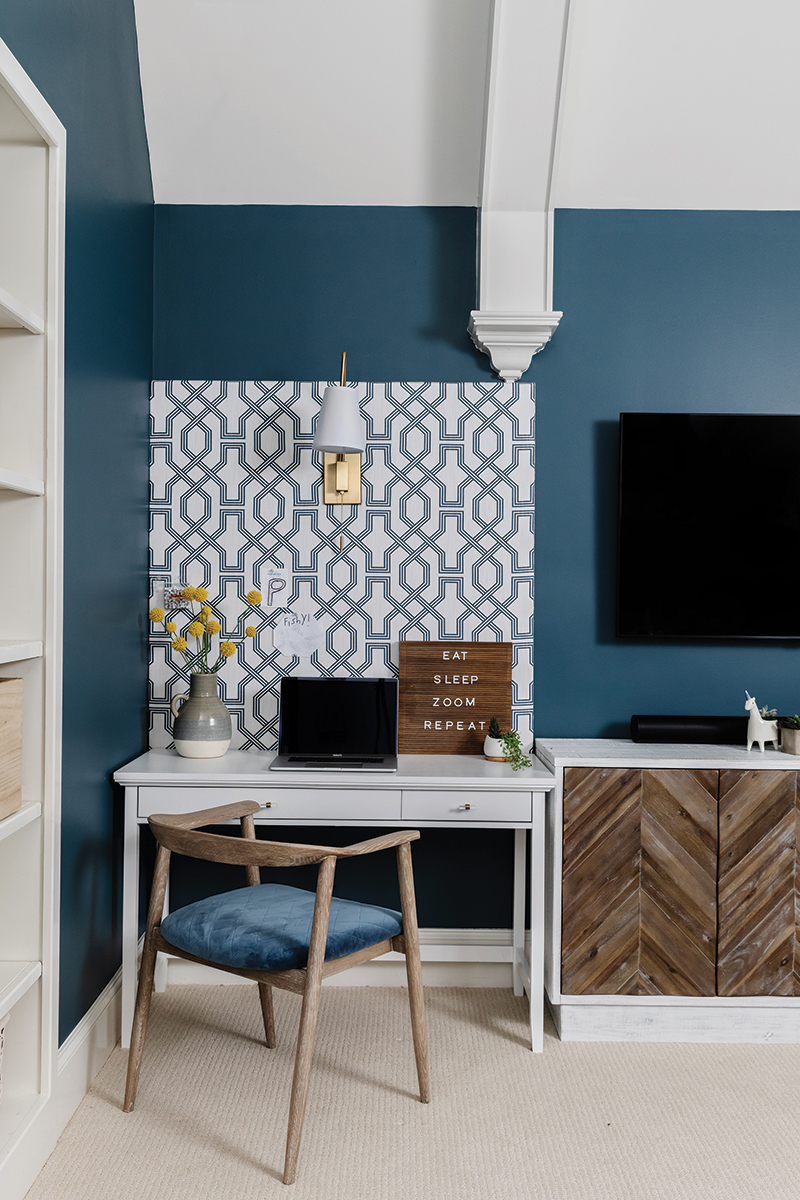 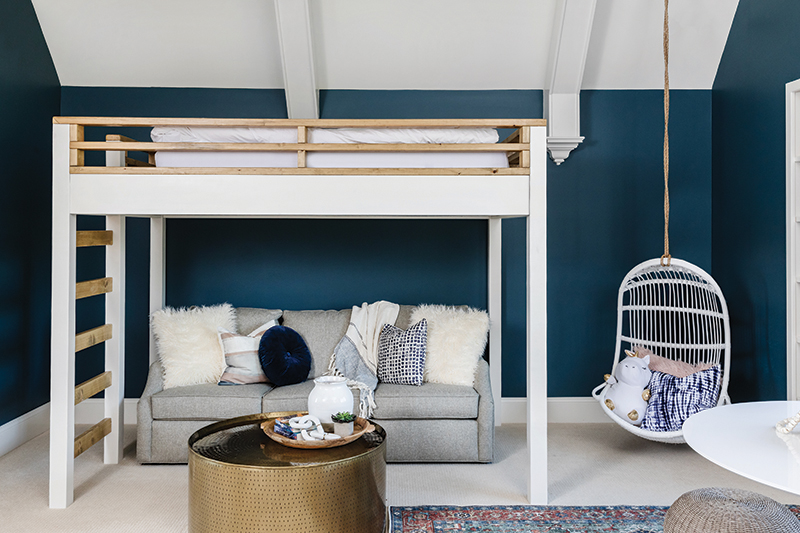 HIGH RISE
Lee had the reading loft custom-built to fit a double mattress on top and a sofa underneath. For a touch of whimsy, she installed a swing from Serena & Lily. An assortment of pillows from Wayfair adds color and texture, and an ombre wood beaded chandelier from Lumens achieves the boho-chic aesthetic she was after. “When we showed that to the girls, it was an easy yes,” she says. “The chandelier is the first thing you see, and when you have such a high ceiling, a statement light fixture is really important.”

Everything But the Kitchen: A Home Renewal in Foxcroft