Scenes from HeroesCon 2015 (Plus: The Weekday Roundup) 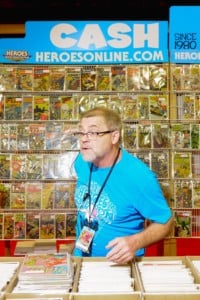 Shelton Drum, founder of Heroes Aren’t Hard to Find and the man behind the convention, helps visitors navigate the issues offered at the shop’s booth. Drum, as usual, took a hands-on approach throughout the weekend. 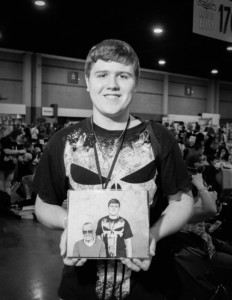 Nick Clements and his mother drove from Roanoke, Va., to meet Stan Lee. 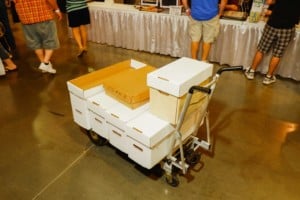 Sometimes, it’s hard to just choose one comic for creators to sign. Many fans go big with their efforts. 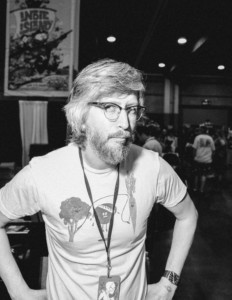 Charlotte artist Dustin Harbin offers a quick pose between signings and interviews at HeroesCon. Harbin’s booth, where he debuted a new Diary Comics collection, was occupied by fans and fellow artists throughout the weekend. 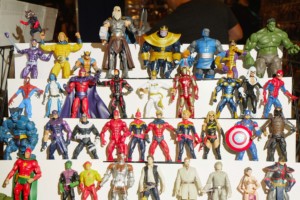 Action figures and other toys remain an integral part of comic conventions. 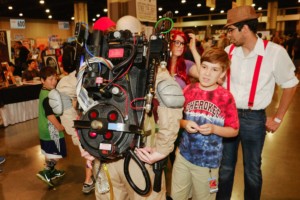 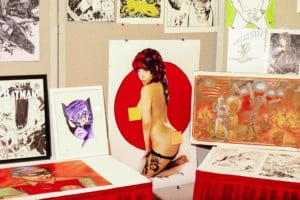 Artists contributed pieces to be auctioned off for charity. However, HeroesCon staff still had to keep its family-friendly tradition (which explains the Post-it coverings). 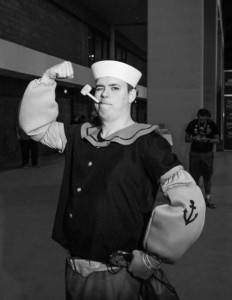 Sometimes, costumes venture outside of caped superheroes. Take this fan, who opted for Popeye. 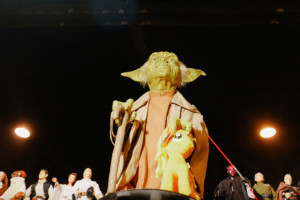 For once, Yoda towers over the other Star Wars characters, in this display. 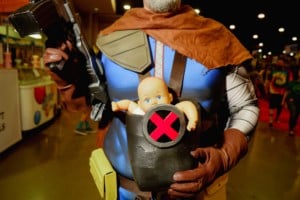 Jason Jacobs, as X-Men character Cable, used a toy doll to play the part of Hope. Jacobs joked that he had to leave to return the doll to his daughter. 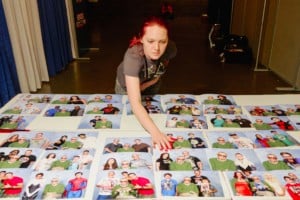 After getting their shots captured with Stan Lee, fans walked to this table to grab their photos. 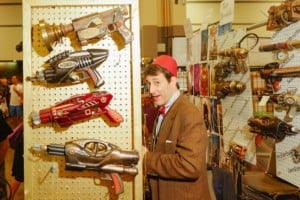 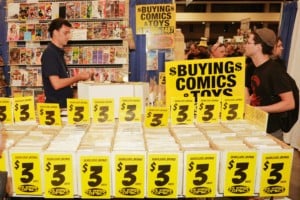 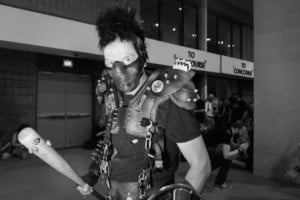 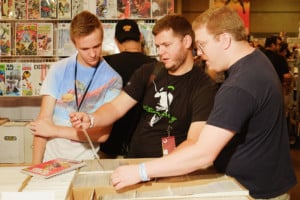 A comic convention wouldn’t be complete without fans scouring through “long boxes.” 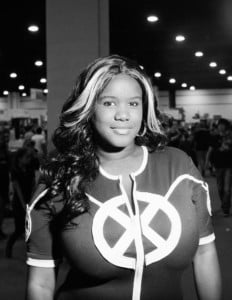 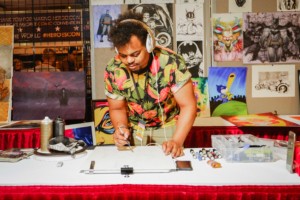 Artist Chris Visions, from Richmond, creates a new piece for the auction. 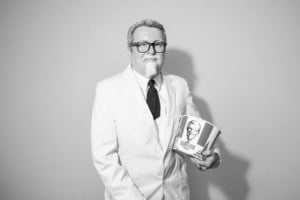 John Moose, from Charlotte, was convinced by his daughter to bring his popular Colonel Sanders Halloween costume to the Con. 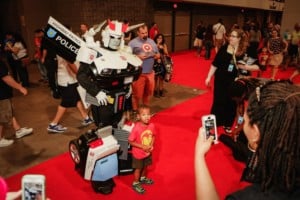 Organizers from TFcon Charlotte, a Transformers convention, promoted their upcoming event with this cosplay. 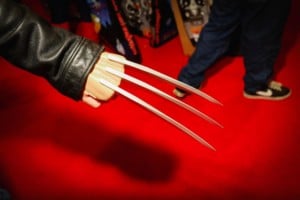 Wolverine remains a popular character on the cosplay circuit. 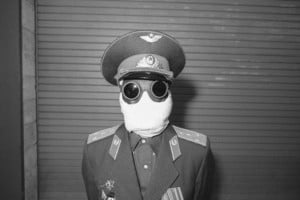 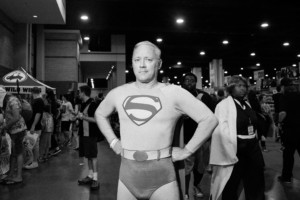 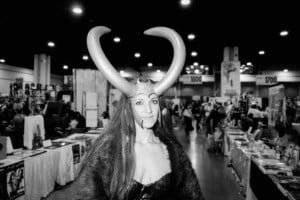 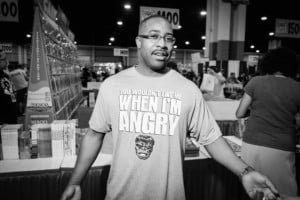 HEROESCON 2015 kicked off with record attendance for Friday, organizers say. Whether it's the return of guests like Stan Lee or the fact that the city itself is growing, there are multiple ways one can account for the convention's continued growth. In any case, during one weekend in June, more and more superheroes are appearing around town.

Below the Weekday Roundup, you can click through a gallery of scenes from the weekend's convention. Photographer Logan Cyrus captures the artists, staff, and mostly, the fans that make the convention possible. In the photos, you may spot your favorite character, a friend digging through comics, or maybe even a co-worker, who you never knew was a masked avenger himself.

MONDAY
LOADBANG
The ensemble performs pieces from Niki Charlafti, Daniel Choi, Ian Evans, and more at the New Gallery of Modern Art. The show is part of the Charlotte New Music Festival, in which workshops, performances, and cross-medium collaborations make up a 3-week celebration of contemporary classical music. Concerts take place in venues across the city, including Snug Harbor, New Gallery of Modern Art, and Queen's University's Suzanne Little Recital Hall.

TUESDAY
CHARLOTTE SQUAWKS 11: THE 11TH GLOWER
Mike Collins and Brian Kahn are back with another edition of Squawks, in which the ups and downs of Charlotte are parodied and given musical musings. See if your favorite local story of the past year made it into the production.

WEDNESDAY
COUGAR: THE MUSICAL
Three women, dubbing themselves “cougars,” enjoy nights of fun and romance around town. The musical was developed by playwright Donna Moore.

THURSDAY
NATALIE COLE
The Cole family legacy is rooted in a diverse music repertoire. Cole focuses on Latin music with an evening performance in the Belk Theater.