Seattle Met Was Afraid To Answer These Questions

Ahead of the Seahawks-Panthers playoff game, we'd like to know a few things about the Emerald City. 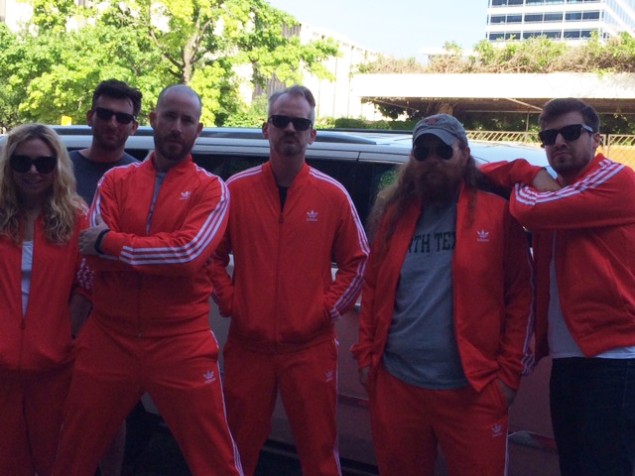 James and I ate dinner at a restaurant called Le Diplomate, and it was fancy. There were radishes. We were there for a few hours, and it was an incredible dining experience, so you can understand why I thought we’d bonded.

With the Panthers playing the Seahawks in an NFC Divisional Playoff game this weekend, I emailed my old friend James yesterday and asked him a few questions, hoping he could help our readers understand Seattle. Much to my surprise, he said he couldn't. (He actually said he was busy Thursday and Friday doing real work, judging this year’s American Society of Magazine Editors competition in New York—which makes me wonder if he's ever actually in Seattle.) Even though James was too scared answer, I’m posting the questions below.

2.             Speaking of arrogance, we’re looking to buy a fitted Panthers hat for Pete Carroll. But we can’t find anything above XXL here. Does he have a special tailor out there? Name and address, please?

5.             Did you know that the Thunder is the only major-professional sports team in Oklahoma City?

AS THE PLANET HEATS UP, climatologists and demographers inform us, people will pour into the Seattle region by the tens of thousands, refugees drawn to this relatively cool, resource-rich blue and green dot at the edge of the continent. I picture something like The Road, but instead of a kid and his dad and a shopping cart slaloming around cannibals, the camera in my mind cranes down onto the world’s longest traffic jam. The license plates hail from all over the country and beyond; the line stretches for miles down I-5 and across I-90. Every minute or so the cars move in one pulse, like blood into the heart. We zoom in on one driver who climbs out of his SUV and gestures, big and wide, a theatric shrug, like, What’s the holdup, I’m trying to make my way into the last great city.

That sounds pretty freaking intense, man. But here’s the big question, if we all moved there, do you think we could get a basketball team?