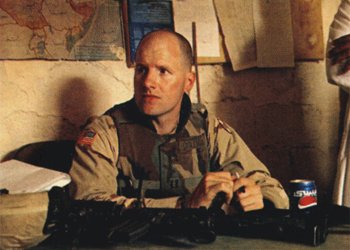 Walt Coleman, whom we profiled as part of our "War at Home" issue in October 2006, returned from Iraq on New Year’s Eve, 2004. He was deployed for more than sixteen months, including training, with the North Carolina Army National Guard.

While overseas, he missed his twins' first steps and first words. Still, he was lucky. His employer, Duke Energy, provided support to him and his family, and he was able to return to his job and middle-class lifestyle. But something bothered him.

"I came back, and everybody in America had continued on with their day-to-day lives," Coleman says. "And I felt a little bit of guilt about not being able to do anything to help out, not being able to participate in helping other soldiers who were returning."

So when he heard about the North Carolina Heroes Fund, he quickly got involved. Founded last year by Charlottean Scott Stone, the fund provides support to veterans and the families of deployed soldiers in North Carolina who are experiencing hardships. To learn more or to donate, visit www.ncheroes.org .

This article appears in the February 2008 issue of Charlotte magazine.
Categories: Buzz > Update
Contest of the Month