When Hollywood needed a seventies sound, they found their man 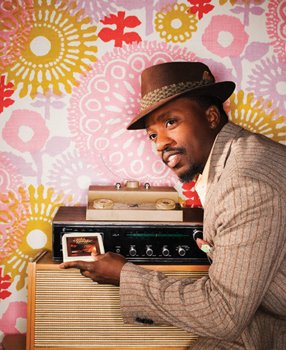 Anthony Hamilton was born in the 1970s. Lucky for him, he never grew out of it.

The Charlotte native, who spent more than ten years trying to break into the music industry before becoming a platinum-selling and Grammy-winning R&B singer, is known for his throwback sound. That’s why fans of his music love him. And that's why Hollywood took notice.

You'll find Hamilton in the recently released American Gangster, a film about a real-life 1970s drug dealer in Harlem played by Denzel Washington (Russell Crowe plays the cop trying to bring him down). Hamilton makes a cameo as a nightclub singer. While the role obviously isn't a stretch for him, it signifies his reputation as a musician.

"I got voted in by the big wigs," says Hamilton while in New York preparing for a premiere of the film. "Ridley Scott, the director of the movie, Kathy Nelson [the film's music supervisor], and [Hank] Shocklee, who's a part of Public Enemy [and produced the soundtrack]—they all agreed to have me be the cat in the club singing that night."

Even more impressive, “Do You Feel Me,” one of two songs he recorded for the soundtrack, was chosen as the lead single.

"That's the main song that turns the whole scene around," he says. "It comes at a very dramatic part in the movie."

So after being on a big movie set, does Hamilton now have the acting bug? "I had it before, but I wanted it to make sense first. I want to treat it like I treat my music." And he has more music coming.

"I'm working on my new album, which is coming out the fifth of February," he says. "People will be like, 'Okay, you're in the movie but where's the album.' They don't want to hear that I didn't put the album out because I'm working on some movie. I gotta appeal to my fans first."

Click here for more on Hamilton, including his plans for the holidays.

This article appears in the December 2007 issue of Charlotte magazine.
Categories: Buzz > Spotlight