It’s been 500 years  since Spanish explorer Juan Ponce de León set foot on present-day Florida, and St. Augustine—a colony founded in 1565—is the nation’s oldest city. Follow in the famed explorer’s footsteps in this charming old town and you’re bound to learn something new. 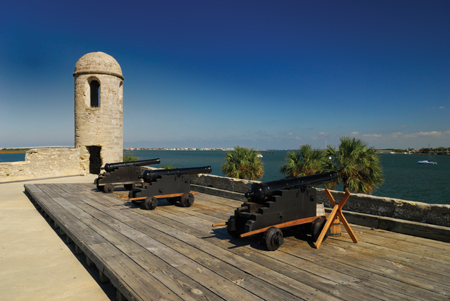 St. Augustine’s historic district is easily walkable, and a stroll through the town center—a park packed with monuments and memorials dedicated to war heroes and explorers, such as the prominent Pedro Menéndez de Avilés, who founded the town—reveals four centuries of American history. With the famed Bridge of Lions in the distance, you’ll also learn about the city’s considerable role in the civil rights movement—Martin Luther King Jr. rallied in support of the Civil Rights Act here in 1964. At Castillo de San Marcos, the oldest masonry fort in the continental U.S. and now a national park, you’ll learn about centuries of battles and can watch a cannon-firing demonstration. Across the street, visit the St. Augustine Pirate & Treasure Museum. Founded by former Philadelphia 76ers president and pirate enthusiast Pat Croce, this isn’t a hokey nod to eye patches and hooks, but a serious and extensive collection of pirate ship navigation tools, torture devices, journals, “wanted” posters, maps, and an authentic treasure chest, all displayed in dark, wooden rooms designed to make you feel as though you’re on a pirate ship. 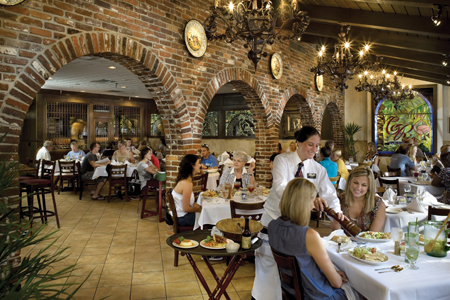 Famous for its 1905 Salad, named for the year the restaurant opened, the Columbia Restaurant has welcomed celebrity diners like Marilyn Monroe and Joe DiMaggio. A Spanish-Cuban favorite, the restaurant specializes in seafood dishes and century-old family recipes. Consider splitting one of the popular paella dishes, such as Paella a la Valenciana, a heaping combination of seafood, chicken, and pork with garlic, onions, and peppers—two can fill up on one portion. For a slightly lighter meal with a spin on Southern fare, try the Floridian, which offers house-made pimento cheese atop broiled local oysters on the half shell. 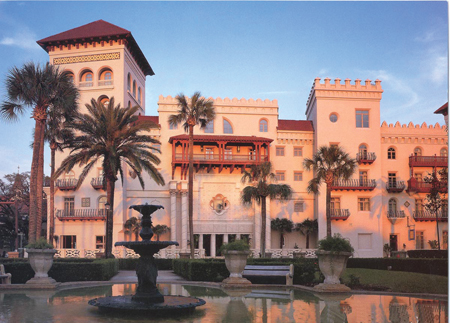 After a long day of exploring, wind down in the lavish lobby of the Casa Monica Hotel (from $179 per night in May). Built in 1888 and restored in 1999, the stately hotel blends historic Spanish opulence—ornate carved archways, fountains, and chandeliers are all accented with regal hues of gold, red, and blue—with modern in-room amenities, such as flat-screen TVs and Bose sound systems. Rooms also include gold-accented furnishings and plush red velvet headboards. Stop by the Grand Bohemian Gallery, a quaint space just off the lobby, which is filled with paintings, sculptures, art glass, ceramics, and jewelry by local, regional, and international artists.

This article appears in the May 2013 issue of Charlotte magazine.
Contest of the Month