Hint: These gingerbread folks are open-minded

Last year, Sycamore Brewing made national headlines for its Christmas Cookie beer cans, depicting reindeers engaging in Kama Sutra-style intimate acts, and subsequently having to cover them up since they weren’t ABC-approved. Today, they revealed this year’s design, which you can see below. (A hint: kinky gingerbread folks.)

Social media comments at the time  were sharply divided between between those taking offense and others maintaining that these are harmless products made for 21+ consumers. “We’re in a moment in our country … where there’s all this horrible stuff going on,” Sycamore co-owner Justin Brigham told VICE at the time. “And you know, seven-and-a-half percent (ABV) beer that tastes like cookies, with pixelated reindeer? That’s a nice reprieve I think.”

They’ve been teasing these new designs for the last several weeks, and the presale for these in-demand cans is live now. (There’s also a Barrel-Aged variant with its own design.) Instead of the pixelated aesthetic used for the reindeer, Sycamore opted for a vivid style for these gingerbread characters: 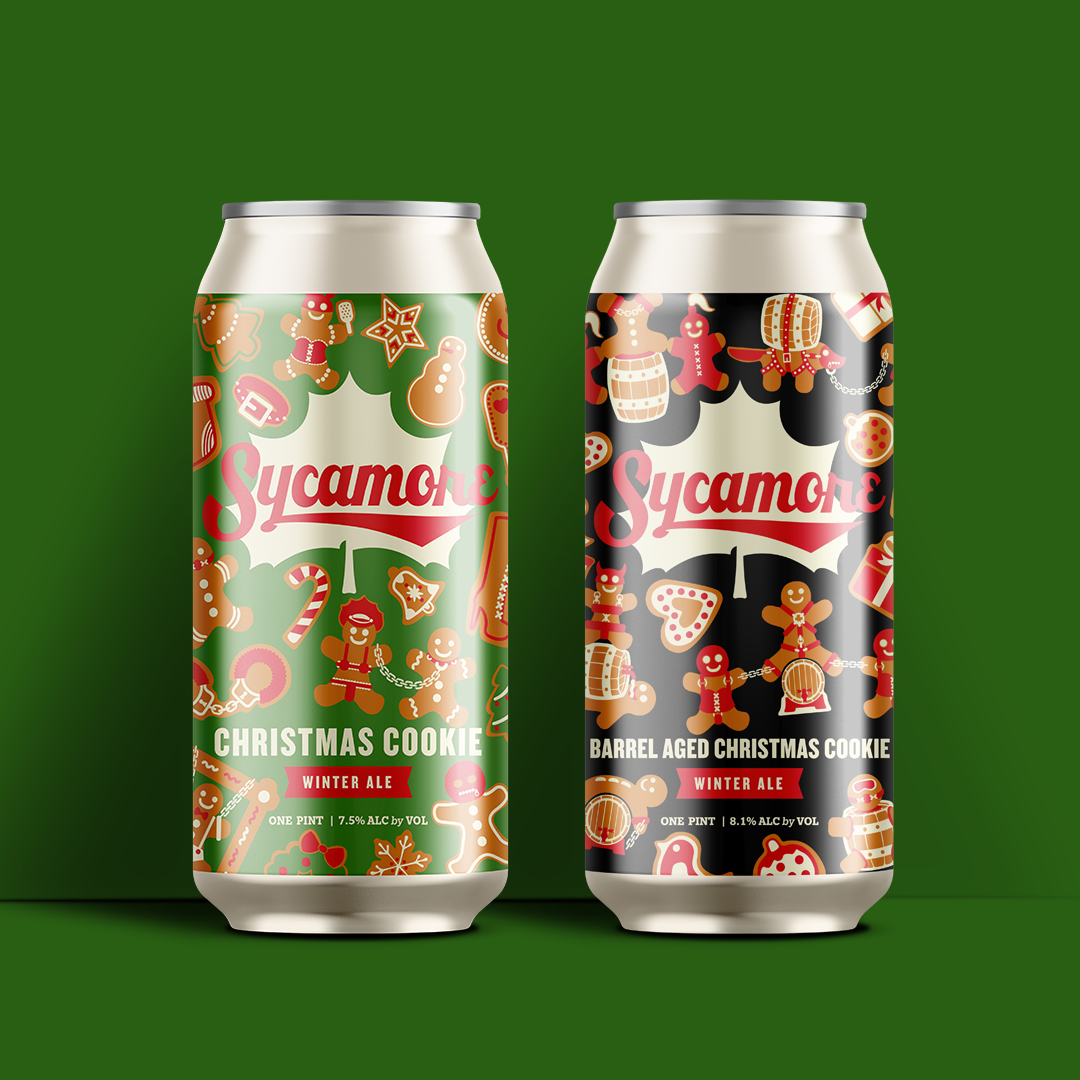