Talk of the Crown: A Stolen Costume, a Fugitive Turtle, and Mayoral Niceties

“I walked right up into Hooters and my buddy didn’t even know it was me. I was ragin’, dude.”

Joe Gillespie, the man who got drunk at BB&T Ballpark, put on the Homer the Dragon costume used by the Charlotte Knights’ mascot, and spent a wild night uptown. (Creative Loafing, Sept. 30)

Email from Cyndee Patterson, an adviser to outgoing Mayor Dan Clodfelter, during the Clodfelter campaign’s discussions about going negative against Jennifer Roberts in the Democratic primary runoff. The campaign did go negative, sending mailers that attacked Roberts, and Clodfelter lost the primary. (The Charlotte Observer, Oct. 13) 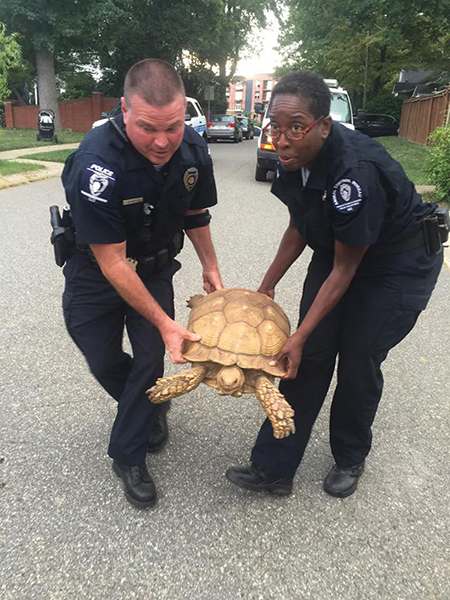 “Lost turtle anyone? Great group of people got the ninja off the street.”

Facebook post by Kelly Turner about a fugitive tortoise who escaped from his home on Ivey Drive and wandered down the street in Plaza Midwood before being rescued by a Charlotte-Mecklenburg Police Department officer and an animal control officer. (Sept. 8)

Charlotte mayoral candidate Edwin Peacock, in a debate with his opponent, frontrunner Jennifer Roberts, who accused him of being “desperate” in his attacks on her support of the streetcar. (The Charlotte Observer, Oct. 21)

“I may have lost count but did you hear the word “poverty” from any candidate for mayor? #ShakeUpClt We are last in economic mobility. 50th”

“We’ve got to have the community’s help. We’ve heard a lot about how much black lives matter and brown lives matter. Let’s be honest: Three of the [homicide] victims were black, and two are Latino, so we’re adamantly and passionately asking the public to assist us in bringing these suspects to justice. ”

CMPD Chief Kerr Putney, asking the public for information to help the police find and arrest the people responsible for 12 shootings that killed five people over Labor Day weekend. (The Charlotte Observer, Sept. 8)

BY THE NUMBERS: TALLYING UP OCTOBER’S HISTORIC FLOODING IN SOUTH CAROLINA

This article appears in the December 2015 issue of Charlotte magazine.
Categories: In Print, The Buzz