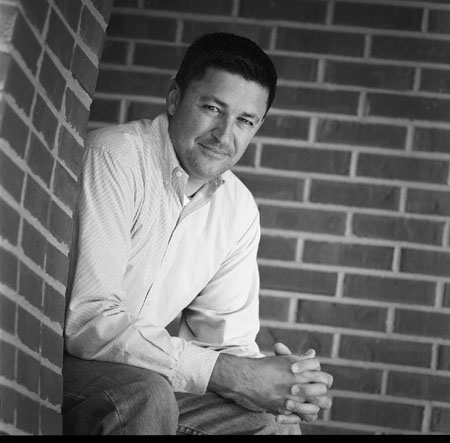 The bedside clock strikes a quarter to 6. Thirty-nine-year-old Robert Avossa stretches his arms and sinks his toes into the soft carpet. He creeps over to the chest of drawers and searches for his jogging clothes. Lacing up his tennis shoes, he hears the gentle breathing of his wife, Kellee, who sleeps soundly.

Down the hall, there’s silence, too. Their five-year-old daughter, Mattia, and eight-year-old son, Gianluca, won’t wake for school until 7. Normally, Robert would still be home to join them for the family breakfast Kellee cooks, but by that time today, he will already be in his office at the Charlotte-Mecklenburg Schools headquarters. He has an early conference call concerning End of Course and End of Grade test administration.

Avossa steps out into the cool April 12 morning and sets off on a brisk, three-mile run around his south Charlotte neighborhood. Sprinklers hiss, and other early risers wave from their driveways.

Back home, Avossa reemerges from the bathroom in a sharp, onyx suit and a starched shirt. He fastens a pair of silver cufflinks to his sleeves, straightens his tie, and stares into a long mirror. Still damp from the shower, his short, pitch-black hair is combed and gelled, and his face is freshly shaven. His olive complexion and deep brown eyes, ignited by flecks of green, hint at Avossa’s Mediterranean roots.

At 6:35, he grabs a PowerBar from the kitchen cabinet, along with the lunch Kellee has set out for him, and swings out the garage door to his new GMC Acadia. Along the twenty-five-minute ride to uptown’s Fourth Street, he tunes the radio to the morning news, his ears perked for any major school system developments. As chief strategy and accountability officer for CMS, Avossa has to stay informed.

By 7, Avossa is at his desk in the Charlotte Government Center. Behind him, his fifth-story window reveals a still-sedate Davidson Street. He looks over a jammed email inbox and prepares data until 7:30, when his conference call with officials from the North Carolina Department of Public Instruction commences.

At the top of the agenda for the hour-long call are the elementary-through-middle-school End of Grade (EOG) tests and the high school End of Course (EOC) tests. CMS will administer them in four weeks and seven weeks, respectively. Today, Avossa and the department discuss the process and training for test protocol, double-checking the final order for test packets. Once students start taking them, he’ll be at the testing center, reviewing the scores as they come in, like votes on election night.

Avossa leads a thirty-eight-member team, and one of their most important tasks is to direct district and state testing, like the EOCs and EOGs. He must also ensure that CMS principals and teachers are provided essential information, like formative tests that show teachers which EOC goals each student has mastered and which need to be retaught, each quarter. When he receives the test scores, Superintendent Peter Gorman will determine how successfully, accurately, and quickly Avossa has supplied principals and teachers with those tools. If the scores go up, that’s good for Avossa. If not …

This year marks the end of Avossa’s first two-year contract as chief accountability officer. Normally, if he didn’t meet Gorman’s expectations, his contract wouldn’t be renewed, but Avossa won’t be renewing anyway. A day earlier, he was named the sole finalist to become Fulton County (Atlanta) Schools’ superintendent, and he plans to accept when the position is formally offered to him in two weeks. But for Avossa, the professional pressure remains.

At 9, the phone rings with interview requests from two Atlanta-based reporters. They grill him: “Do you intend to bring the concept of pay-for-performance to Atlanta, just as Gorman plans to bring it to CMS?”; “Can you respond to the controversy over CMS’s plans to increase the number of EOC summative tests next year?”; “How can you endorse the addition of fifty-two new tests for students?” Avossa is unflappable; the same questions have been flying at him for weeks. He has found himself in the middle of a community uproar. 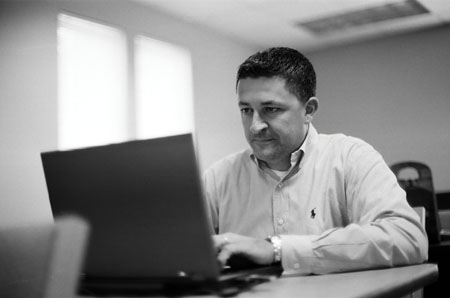 Until the end of this school year, Robert Avossa was the chief strategy and accountability officer for CMS. Among other duties, he oversaw testing—a controversial role. His job was to work with all the principals to show them which EOC goals their students were mastering and which needed to be retaught. Essentially, his success or failure was judged by the pass rate of the students. He recently took a position running a school district in Atlanta.

After a meeting with CMS’s assistant superintendent for exceptional children, 1:30 brings a welcome break. Avossa slides a Thermos out of his briefcase and stirs a cup of lentil soup, which Kellee packed for him last night. He sips and surfs his favorite websites—ASCD.org and EdWeek.org—for big-city school news. To his left, pictures of Mattia and Gianluca playing in the backyard dance across the digital frame they gave him as a gift. With a little time to spare before his next obligation, Avossa reviews the online agenda for tonight’s Board of Education meeting. The board convenes every two weeks, on Tuesday evenings.

He welcomes another reporter into his office at 2:30. “Has being a first-generation American shaped your educational philosophy?” the writer inquires. “Absolutely. This country offers the American Dream,” Avossa declares. “I want every child in America to realize the same opportunities my parents gave me by moving here when I was four.”

At 3:30, Avossa rounds the building to join Gorman and other CMS cabinet members for a pre-board-meeting preparation, where they determine the appropriate support documents for tonight’s closed session.

Avossa fills the half-hour gap before closed session furiously checking his emails and responding to a bloated voicemail box. At 5, he heads downstairs to the second floor, where closed session will soon start. If called in, he’ll participate as needed, but for now, he waits in a chair outside, typing reports and memos to his staff on his laptop. His mind wanders to home and the dinner he knows his family is sharing right about now. They’re asking one another about their days, he guesses, and surely Mattia is sharing some story peppered with bursts of little-girl laughter. But though this marks his tenth hour in the same building, Avossa reminds himself to stay focused, preparing himself for any question the board might toss his way.

The meeting is called to order at 6. Avossa takes his seat in the front row. Tonight, Gorman’s recommendations for next year’s Board of Education budget will be a major topic. They will also hear complaints about testing from heated teachers and parents. Avossa is accustomed to the routine, but he listens carefully, anticipating being queried at any moment.

The board adjourns at 10. Avossa never had to speak. Exhausted, he climbs in his car for the drive home. When he arrives, the house is just as he left it sixteen hours ago—quiet, with Kellee and the kids asleep.

He drags the garbage cans and recycling bin out to the curb and fixes himself a turkey sandwich. Kellee scolds him for nights like tonight, when he doesn’t make time for dinner. He plops down on a butterscotch-colored couch in the den and clicks on the TV, shuffling back and forth between The Deadliest Catch—one of his favorites—the evening news, and ESPN.

At midnight, he cuts off the lights downstairs and slowly mounts the stairs, minding the creaky hardwoods. First stop is Mattia’s room. He cracks open the door and plants a kiss on her forehead, whispering, “I love you.” Next stop is Gianluca’s room. It’s lonely leaving the house before everyone wakes up and coming home after they’ve turned in.

It’s too late to work on his doctoral dissertation: “Identifying the most critical competencies for turning around low-performing schools,” which he tries to write for an hour or so most nights. He sets the alarm to 5:45 a.m. It’ll come way too soon.