There’s been a lot of consternation lately about the financial health of Bank of America, and a lot of media talk about the bank’s declining influence in the city. Yes, CEO Brian Moynihan lives in Boston. Yes, it looks more and more like all the I-bankers are moving (back?) to New York. And yes, the stock has been, um, mercurial lately. But know this: when that stock shoots up or sinks rapidly, there is no more popular topic of conversation at the country club or the cocktail party. And trust this: when the mayor, or Center City Partners, or Foundation For The Carolinas wants to do something, they make damn sure to get BofA involved. That said, the key players are not as easily identifiable as in the past, when bankers were celebrities. So consider this  your program: 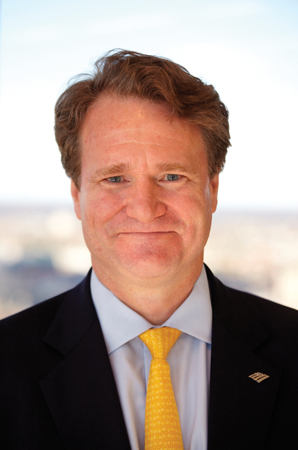 “Boston Brian” is saying all the right things in regards to Charlotte, but he lives in Boston and spends a lot of time in New York (where he raises cash for the library). Of course, with BofA’s impending layoffs, he may not be that popular in these parts. 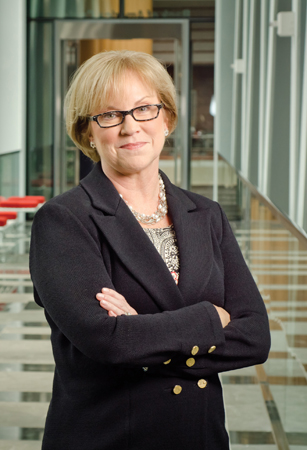 Her job title has changed over the years, but she’s remained one of the more out-front members of BofA’s leadership team. She’s been involved in public education issues, chaired the Charlotte Chamber, chairs the board of Foundation For The Carolinas, and took a public role in the recruitment of the NASCAR Hall of Fame. She oversees the bank’s global real estate portfolio and supply chain and reports directly to Moynihan. 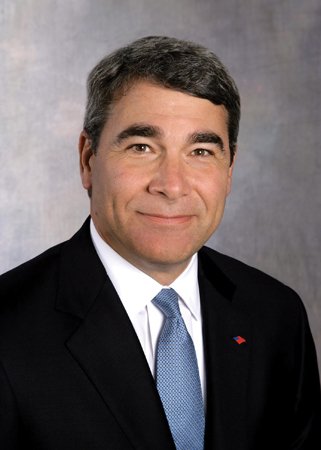 When the dynamic Darnell chaired the chamber in 2010, he proclaimed in his Southern drawl that it was time for Charlotte to “get its swagger back.” He’s been with BofA since 1979, when it was still called NCNB, making him the longest-timer on this board. He leads the consumer business and wealth-management unit, which generates a lot of the bank’s revenue. He’ll be traveling more in this newish gig, but the fifty-eight-year-old is still a major player
in the CLT.

In the days of Hugh McColl, the head of corporate real estate was a trusted confidant and major local power player (exhibit A: Jim Palermo). Now that the bank has moved out of its growth phase and the CEO lives elsewhere, that role has reduced local visibility. But BofA occupies a reported 5 million square feet of office space downtown, including two major towers. Godbold recently joined the board of Charlotte Center City Partners. 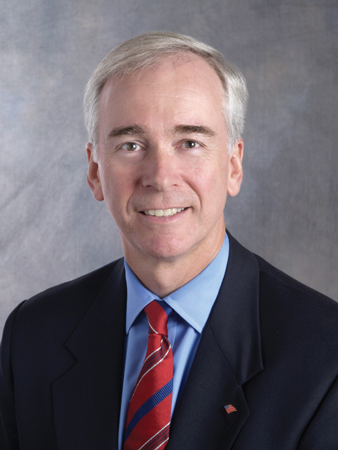 When it comes to the local bank, he runs the show. Almost all of BofA’s 15,000 Charlotte employees—give or take—call him “boss.” If BofA makes a major gift to a local charity—it gave away $12.6 in North Carolina in 2010—Bowman will make the presentation. He’s on the Charlotte-Mecklenburg Foundation board, a subset of Foundation For The Carolinas, as well as Project L.I.F.T. And he chaired the 2010 ASC fund drive. 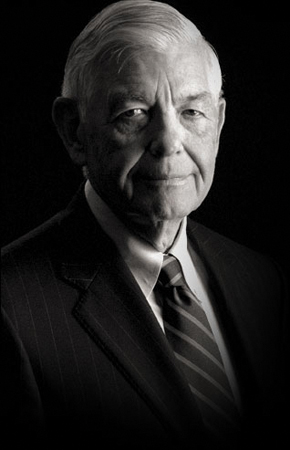 When it comes to the bank itself, the former chairman is resigned to forlornly watching the stock price. But he’s still surprisingly involved in Charlotte affairs. He’s honorary co-chair of the local DNC steering committee, and if you talk to any top local leader for any length of time, his name will come up. 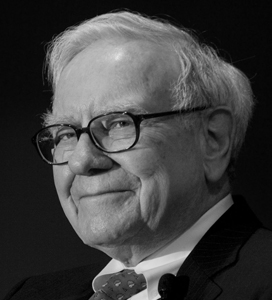 The Oracle of Omaha asked for and got a sweetheart deal on some BofA stock, which buoyed Wall Street confidence, made him the talk of Tryon Street, and will make Buffett even more money.

By the time you read this, the muted blue-and-green signs of Wachovia will have been replaced by the red-and-orange stagecoach thingy of Wells Fargo. And the days of Charlotte being home to two of the largest banks in the world will be an increasingly distant memory. But! Wells Fargo employs 20,700 people here, give or take. It controls a lot of office space downtown and a huge campus in the University area. It has propped up the arts in the past year, allaying concerns that Wells wouldn’t support the local community. And, so far at least, its stock price hasn’t been as scary as that other bank in town. Charlotte can’t claim the top guy anymore, but several Wells bankers have sway here. 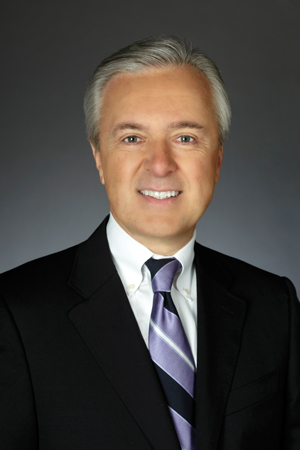 What’s that? Haven’t seen Mr. Stumpf at too many Charlotte cocktail parties? That’s because the dude lives in California. He leaves it to his lieutenants to run the East Coast “hubquarters,” as they’ve taken to calling Charlotte. But still. He’s the boss. 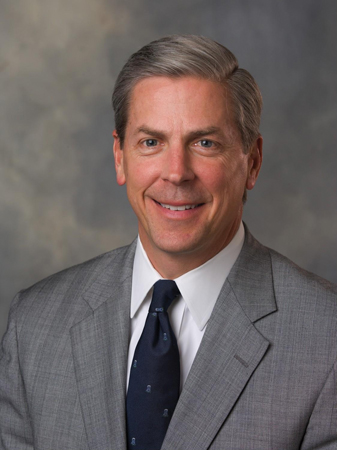 This former First Union big shot was once rumored to be in line for the CEO seat before the events of fall 2008. Reporting directly to Wells CEO Stumpf, he’s the highest-ranking exec in Charlotte, though he mainly stays out of the public eye—except during the Wells Fargo Championship golf tourney, when his group entertains its biggest customers. 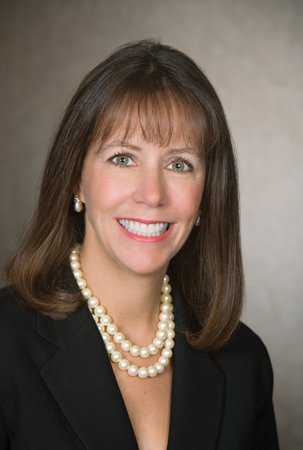 She oversees all the branches on the Eastern Seaboard and was one of the first Wells execs to move to Charlotte after the merger. She’s been involved with most of the key nonprofits, such as Center City Partners and the Arts & Science Council, even if she keeps a somewhat low public profile. 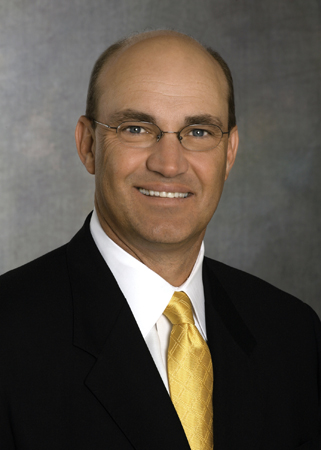 Alley, who was with Wachovia in Atlanta before Wells Fargo took over, is the public face of the bank in Charlotte. He does the key interviews and hands over the big charitable checks. If you’re only going to schmooze one Wells banker in Charlotte, this is the guy. 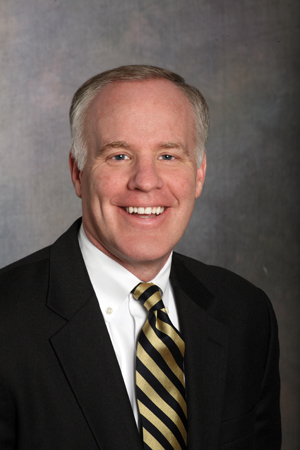 He has national responsibilities, heading up all community outreach for the bank. But he’s based here and he serves on a litany of local boards, including the Charlotte-Mecklenburg Coalition for Housing (which was formed to implement a ten-year plan to end homelessness here) and Foundation For The Carolinas. 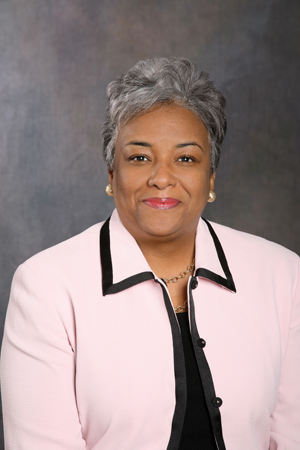 Wells Fargo, much to the delight of Charlotte nonprofits and schools, is cultivating quite the reputation for generosity. The bank gave away more than $7.3 million in Charlotte in 2010, and lately has become the go-to funder for arts and culture. And legacy Wachovian Tami Simmons is the one approving all those checks. She also serves on numerous boards, including the YWCA and Communities in Schools.

Categories: Buzz > My Favorite Things
Contest of the Month