A spirit that comes with a challenge

Should you ever find yourself enjoying a cocktail next to a group of off-duty bartenders, you might witness a peculiar transaction take place. One bartender will place an oversized coin on the bar, a silent challenge for the others to do the same. They will scramble, checking wallets, rifling through purses, and digging in pockets, because failing to produce a coin means buying a round of drinks for those who did.

But not just any drink. For this ritual, the order can only be a shot of Fernet Branca, served neat.

Fernet is known as "the bartender's handshake." Ordering a shot of it probably means you're in the hospitality business. Having a bottle of it on the shelf tells a bartender patronizing your establishment that your bar program is serious. It is 171 years old, and one of the most popular spirits in the world, but it's possible you've still never heard of it.

A skilled group of bartenders in Charlotte are hoping to change that. At the Cotton Room last Tuesday, some of Charlotte's best bartenders shook hands literally and figuratively after attending a master class focused solely on this spirit. 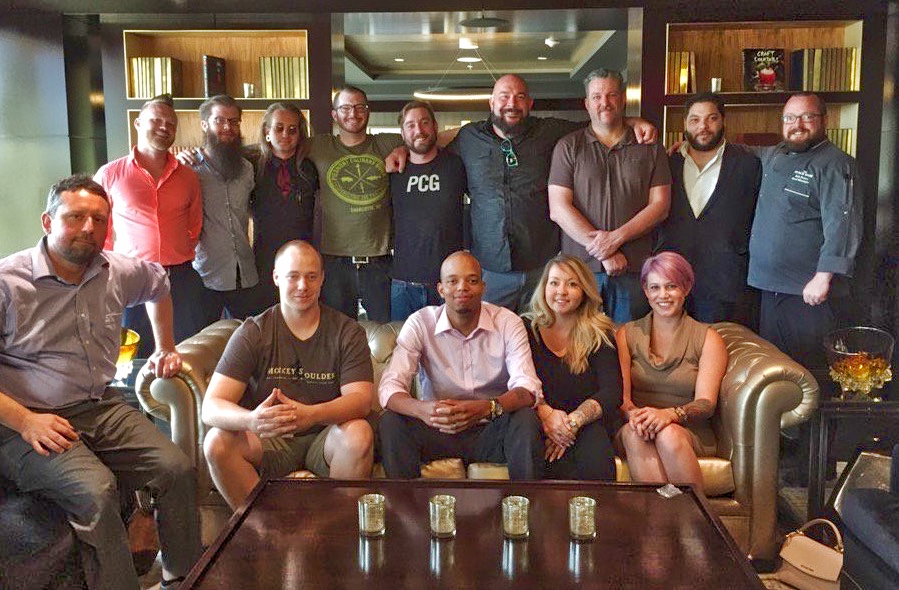 Fernet is an amaro, one of many Italian herbal liqueurs whose name translates to "bitter." It smells strongly of licorice and has an off-putting murky brown color. Like many storied spirits, it started out as a medicinal tonic, first for cholera and later for other ailments, everything from indigestion to menstrual cramps. Even during Prohibition, it remained legal to drink Fernet, despite its being 78 proof. These days, Argentinians consume more of it than anyone else, often enjoying it with Coke in a drink called Fernandito.

The recipe for this amaro is closely guarded, but we do know 27 herbs from four continents are involved, including Chinese rhubarb, French gentian, and Indian galangal. The formula also calls for myrrh, one of the three gifts presented to Jesus by the Wise Men, according to the Bible.

These are just some of the interesting facts shared during the class at The Punch Room, where over a dozen bartenders watched as Bob Peters used Fernet Branca and its minty cousin, Brancamenta, to make cocktails that even the skeptics should enjoy. (You can order the Queen's Julep, a play on the Southern standard, and the Marco Polo, dressed up with a brandy-soaked cherry, right now at the lounge.) 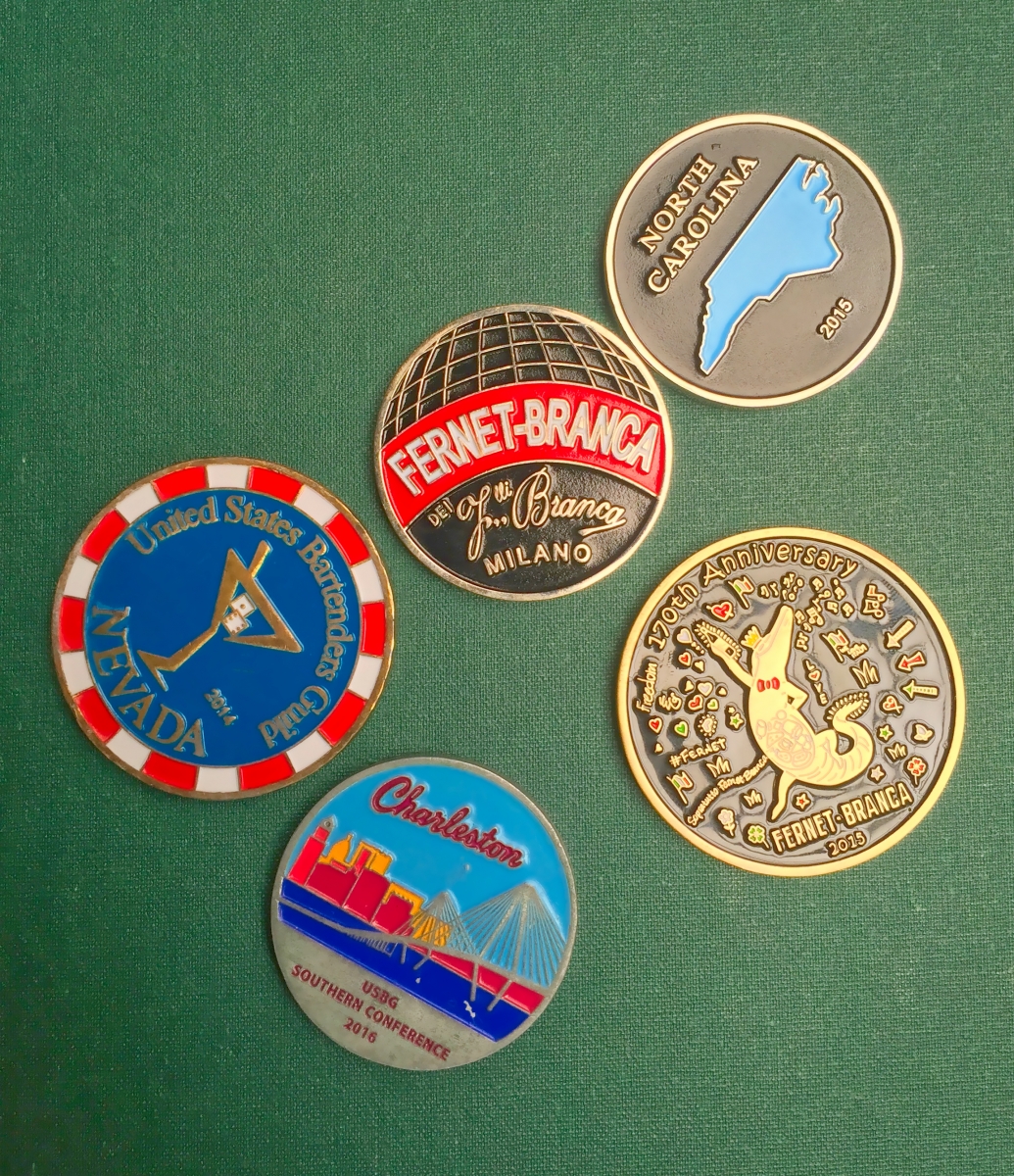 It wasn't all shots of Fernet afterward at the Cotton Room, however, where attendees got a rare chance to drink together and socialize. Four cocktails designed by Matt Marenna, Stefan Huebner, and Ron Oleksa gave the craft cocktail makers even more inspirational material, from a flip slightly reminiscent of eggnog to a refreshing concoction made with lots of ginger. All bore names involving either Fernet or Branca, except the one from Huebner: Drop Your Coin.

These coins come in various shapes and colors, each commemorating a special event or even a location. Good stories lie behind each of them, ones that can become almost mythical over time as they are told and retold over drinks at the bar. To hold a Fernet Branca challenge coin is to be part of a community. The same is true of the U.S. military challenge coins after which they are modeled. For years, these have been awarded for special achievements, collected by service members, and used to carry out a similar ritual at the bar. Just maybe not with Fernet Branca.

This article appears in the June 2016 issue of Charlotte magazine.
Categories: Food + Drink