The scale of this year's CMS budget cuts is breathtaking. But perhaps we should look at this as an opportunity 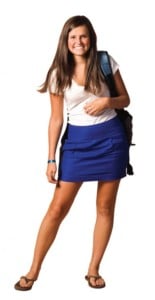 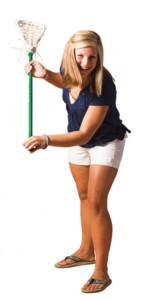 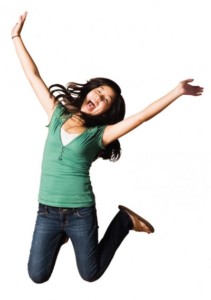 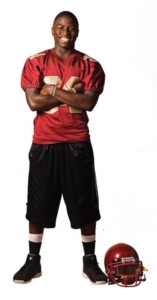 “We already have to buy our own supplies in art. I had to pay $30 to take a printmaking class, for supplies like ink and metal plates. Some teachers end up using their own money to buy art supplies. I think that will happen even more this year.”
Adrienne Alair, senior
Northwest School of the Arts

With even millionaires and Fortune 500 companies doing a little belt tightening, public schools anticipated a squeeze. But no one in Charlotte anticipated this. A double-whammy of budget cuts has led to a fiscal crisis of historic proportions. "This is the most dramatic cut there has been in over twenty-five years since I have been here," says Cheryl Pulliam, director of the Public Education Research Institute at Queens University of Charlotte.

Suddenly, a nationally recognized school system that had been continuously growing needs to shrink, fast. "We've gone on a debt diet," says Guy Chamberlain, associate superintendent for auxiliary services at CMS. With such steep cutbacks, officials need to trim more than fat to make budget, and as a result the local educational system is looking increasingly emaciated.

We can only guess at the future effects of the budget cuts. But it's safe to say that this goes deeper than less frequent landscaping and more temporary classrooms. "We're giving people the wrong impression if we don't say it will impact the quality of education," Superintendent Peter Gorman told Charlotte magazine in mid-August. Still, there is a silverish lining to the situation. The severe cutbacks have prompted CMS to make smart operational changes that will provide savings for years to come. And the cuts have opened the system to larger questions — fair questions — about how it's run. The situation has also exposed another problem, one outside the school system. Despite the staggering numbers, daily headlines, and regular news conferences by Gorman, there was little public outcry over the cuts, which highlighted just how apathetic Charlotte taxpayers are about their school system.

At an open house the Thursday night in August before school geared up again in Mecklenburg County, critics in the room decried the district's budget-motivated cuts as "stupid and senseless."

Those were the students.

They were upset because earlier in the summer, CMS laid off 665 teachers, the most dramatic of a number of moves Gorman says were necessitated by reduced funding from the county and state, which is where CMS gets its money. CMS requested funding equal to last year's budget of about $351 million and received only 90 percent of that. In June, the Mecklenburg Board of County Commissioners granted CMS $317 million, $34 million less than CMS had requested. Gorman was anticipating even steeper cuts from the state, which put him in full-blown crisis mode. He announced the layoffs in early June, but then when the Democrat-controlled N.C. General Assembly announced a tax increase that prevented CMS' budget from being cut as drastically as Gorman anticipated, he announced that the district would rehire 286 teachers, although there were still 186 vacancies on September 1.

"It has been devastating," says Mary Lynne Calhoun, dean of the College of Education at UNC-Charlotte, of the cuts. "We've been lulled into a pretty confident economic position. We weren't prepared for the speed and extent of the cuts. The size and rapidity of the economic downturn shocked us."
Still, CMS did take some preventive measures. High-ranking education officials, including Gorman, passed up annual bonuses last spring, and the district postponed buying new textbooks as recently as two years ago. When it became clear deeper cuts were necessary, CMS didn't follow the knee-jerk approach of other districts, deciding instead to dole out pink slips based on employee performance rather than longevity. "We were one of the largest urban districts in the nation to take that approach," says Pulliam.

The district also pushed forward a number of energy-saving measures. Over the summer, a four-day workweek was instituted in hopes of saving $300,000. "The final figures aren't in yet, but based on July billings, we're pretty confident we're going to exceed that," says Chamberlain. Through energy-management techniques as simple as reprogramming temperature-control systems and turning off unused lights, he hopes to slash total utility bills by 5 percent. "Just by tightening up operations this year, we were able to save over $2 million," he says.

CMS also consulted with the Urban Institute at UNCC about how best to consolidate the 40,000 stops its 1,200 buses make each day. They were able to eliminate 13,000 of them, and the farthest any student has to walk to a bus stop is still one-fifth of a mile for elementary school students and two-fifths of a mile for secondary students. Individually, the savings aren't enormous, but they do add up over time, Chamberlain says.

These efforts, though, should be standard operating procedure, not crisis inflicted. Things such as reassessing how CMS does business while keeping student achievement as the focus are high priorities. Also figuring out how to deliver education more effectively and more efficiently have to be part of the normal operations, says Pulliam.

When CMS conducted cost-benefit studies to see whether the food services, transportation, maintenance, and other auxiliary services could be outsourced, the results were the same: it's less expensive to have the district control it all. "There will continue to be a push — as there should be — to do cost-benefit analyses on outsourcing services that are not core to the business of our schools," says Pulliam. But she and others think that public school systems, CMS included, need to take a more global look at their operations, perhaps even starting from scratch. "I think the school systems as a whole have not done their homework in looking at whether programs are effective and whether various services are being delivered in the most effective manner," Pulliam says. "For the most part, school districts and states have relied on continuation budgets. Perhaps the entire budgeting process needs to change, converting to something more like a zero budget process." In other words, don't just tweak the previous year's budget. Start at zero and build a brand-new budget, looking for efficiencies along the way.

Part of the problem, posits Lindalyn Kakadelis, director of the North Carolina Education Alliance, a nonprofit group that describes itself as "dedicated to the fundamental reform of our state's education system," is that public schools are not as inclined to be as careful with other people's money — whereas private schools, she believes, are more accountable to their paying families — resulting in sometimes frivolous extras that eat up the budget. "We should not have a restaurant-style kitchen in every school. We need to focus on the core business, not the extras," Kakadelis, a former teacher and CMS board member, says. "And maybe think of other creative things. If you have a school that is teaching horticulture, let them take care of the school grounds. Basically, you have to think the way private schools are."

It would also be nice if there was a little more community support. "I don't know if the public was aware of the impact that would have on the school district," says Mary McCray, president of the Charlotte-Mecklenburg Association of Educators, who attended the Thursday open house with her granddaughter, an incoming freshman. "We were somewhat complacent and let it happen. Now the reality of it has hit."

It's a common tactic for school districts to go for the jugular during budget season, threatening to slash core curricula and sports programs and putting teacher jobs in jeopardy, because that's what has, time and again, wrung the most public sympathy and rallied support in the face of reduced funding. Only this time, it was real. And the support never really came.

Gorman did all he could, including a media blitz of press conferences and TV spots, even an interview with WBTV at 6 a.m. on the first day of school. But, perhaps distracted by the virulent national healthcare arguments, the local United Way scandal, or the recession itself, the public has, for the most part, stayed back and accepted the cuts. That's too bad. Because a little public outrage can be healthy. Can be motivating. Can be exactly what public education needs right now.

"The community benefits from a strong school system because the more children that graduate from high school the more you increase the literacy rate and employment rate and help reduce a future drain on the tax base," explains Kathy Ridge, executive director for the Mecklenburg Citizens for Public Education (MeckEd). "There are large cities that have lost the college-bound population. And we're at a tipping point here."

It's not just the future of the students and population here that is affected by a weak school system, says Ridge. "Employers recognize that they need this school system to be strong. … You just won't attract major employers."

No, a full-blown marketing blitz to promote awareness of how important a strong school system is to a city will not likely happen, but there are still relatively small things taxpayers and parents of students can do. "We think public education is a preventative human service," says Ridge. Nonprofit groups like Ridge's MeckEd are already raising money in the private sector — to the tune of $3 to $4 million over two and a half years — to fund strategic initiatives that might otherwise be cut. "You can't go out in a time like this and raise taxes," says Ridge. "You have to go out and fundraise for it. We raise money for stadiums and a third runway at the airport. I want to make public education a priority like that."

Fundraising to build a stronger school system, provide more extracurricular activities, and increase course offerings are all necessary — and achievable — especially when the federal stimulus dollars used to hire back more than 200 teachers this past August runs out in two years. As Pulliam says, "While we may have dodged a deadly bullet, it doesn't mean the gun has stopped shooting."

This article appears in the October 2009 issue of Charlotte magazine.

TRAVEL: An Encounter With the Elk of Great Smoky Mountains National Park