They've been in these seats since the franchise was formed two decades ago. This is everything they’ve been waiting for

We’re all here. Behind us, the grumpy old man who listens to the radio broadcast on a Walkman, repeating stats from the commentators aloud. Here’s the retired couple, toting their seat cushions and sodas. She’ll sing along to the National Anthem.

There’s the guy with the mustache eight rows below. He’s an Original, like we are, and he’ll drink at least eight or nine Bud Lights during the game. About midway through the third quarter, he’ll run up the stairs to talk to a buddy who sits a little higher in the stands. He’ll bring his friend a beer.

We’ve had these seats since they built the building, I tell friends, and the view is the same. Section 518, Row 9. I always sit in seat 21. Dad always sits in seat 22, to my left, on the aisle. It’s never the other way around.

The Panthers are playing the Eagles on this warm October Sunday night. Football Night in America. When I was a kid, I didn’t get to go to the big games like this. I’ve been to plenty of important matchups as an adult, of course, but I always feel privileged to be here when the lights are on. I know I’m witnessing something special when my dad—an Alabama grad and serious Crimson Tide fan—sounds like he’s finally warming up to Cam Newton, whose stellar Auburn career led to some frustrating fall Saturdays in my parents’ house.

Tonight’s win is not pretty. Newton throws three interceptions, but he also scores a rushing touchdown by reaching the ball, Stretch Armstrong style, into the end zone with one arm. Dad and I experience a first, something that gets more difficult to do with each passing season, as the Panthers move to 6-0, the best start in franchise history.

“This,” Dad says, “is the payoff.” It justifies the expense of the Permanent Seat Licenses, which I’m sure my family couldn’t really afford. It makes up for the George Seifert years, for the 1-15 season, for being the butt of the sports world’s jokes. What Dad really means, why he and his father bought these seats two decades ago and why we held onto them, has little to do with football. Dad talks about “the payoff” every game. But, damn, winning makes all that sentimental stuff even sweeter.

As we’re leaving the stadium, I notice a father and son ahead of us. They’re about the same ages we were when we first walked these concrete ramps. The boy, blond and wearing a too-big Cam Newton jersey, is bouncing with excitement.

The sentimental sucker punch hits me. This is the next generation of father-son Panthers fans, the people who will keep our tradition alive after we leave this place, the guys who know nothing other than Keep Pounding.

I put my arm around my dad’s shoulder and point to the pair in front of us. “Yeah,” I say to him, “this is the payoff.” 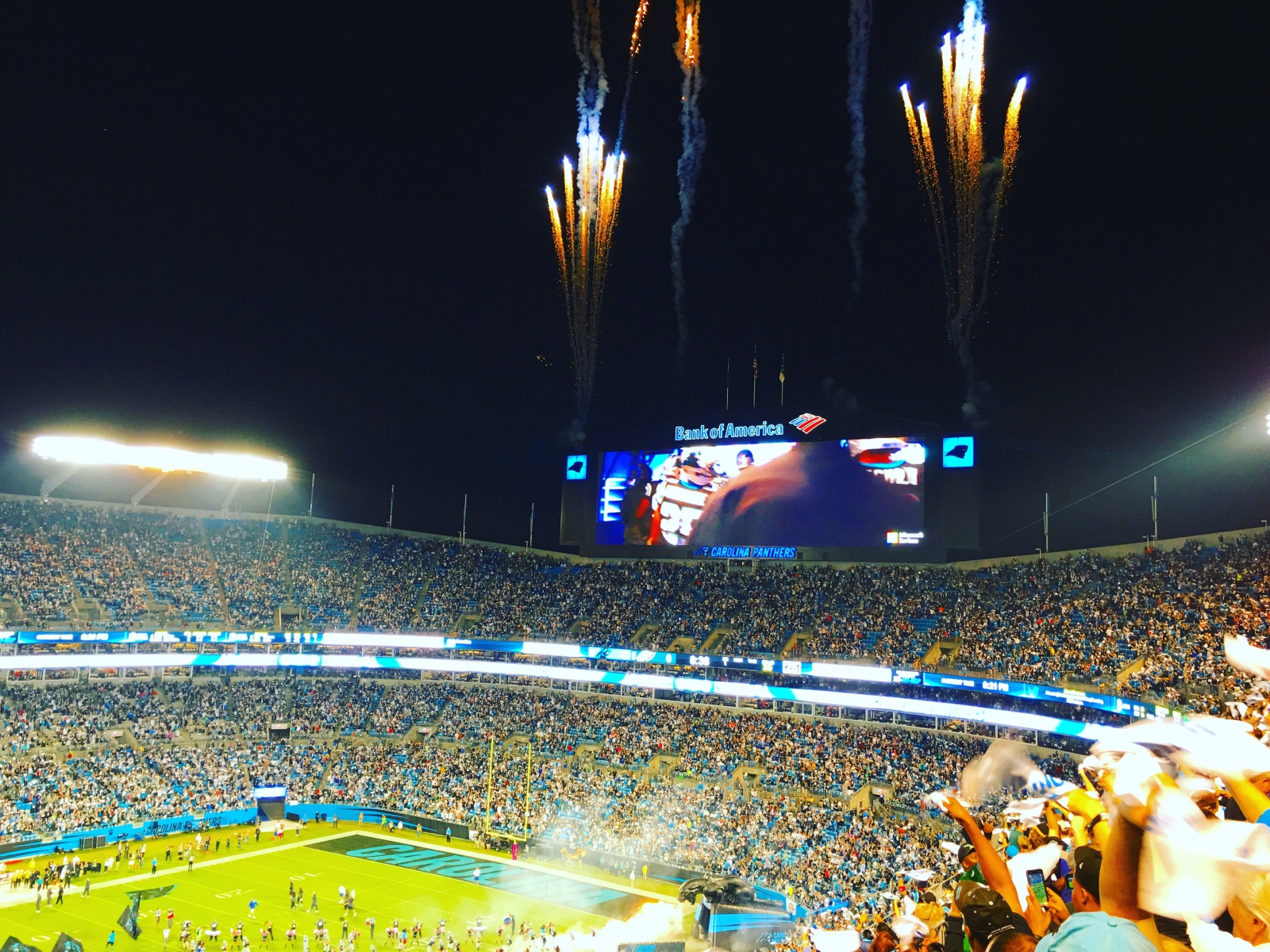