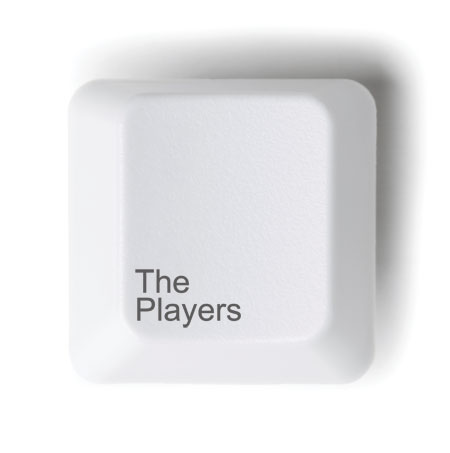 Here’s a look at some of the people who are starting companies, funding startups, or organizing startup networks in Charlotte

What they’ve done: Cummings and Harrison met while working at a private equity firm and founded DealCloud. Their software helps investment bankers and private-equity professionals streamline the process of buying and selling companies.

Up next: This summer DealCloud won a $45,000 NC IDEA grant and $10,000 from the Charlotte Venture Challenge, money that will help the company grow.

What he’s done: The Davidson grad’s first startup, eval.me, is designed to encourage customers to fill out online surveys. Whenever a survey is completed, the company that requested the information donates a dollar to charity.

Up next: He and Wingate University pharmacy student Matthew Johnson have started an iPad app, iMedicare, that allows pharmacists to quickly search and compare Medicare Part D plans, so they can recommend the best plan for their patients.

What the startup scene needs: “Chutzpah. Basically, confidence is the only thing we’re missing.”

What he’s done: He founded Inception Micro Angel Fund (IMAF), for which “a variety of high-net-worth investors” pool money to invest in potential high-growth startups.

What he’s doing: He’s cofounder, along with Louis Foreman, and chief development officer for EdisonNationMedical.com. The startup, which is a partnership with Carolinas HealthCare System, crowdsources ideas to improve healthcare.

What’s next: “The phrase of the decade is going to be ‘leverage’: the ability to leverage the resources of the private sector with a true entrepreneurial spirit that’s going to create the companies that will employ the next generation of Americans.” 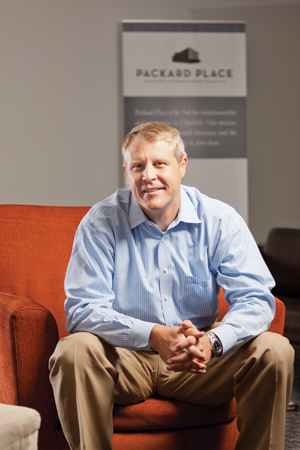 What he’s done: He started his first company in 1995. He’s founded or cofounded four more since then, including InternetSoccer.com, which ESPN bought for $15 million in 2001.

What’s next: He and cofounder Ross Saldarini have launched KYCK.com, an international social network for soccer enthusiasts.

Biggest challenge for Charlotte startup scene? “Capital. The amount of money that flows to early-stage, seed-level companies is really low.”

What he’s done: Along with cofounders Kevin Davis and Michael Robinson, Gaige created Rawporter.com, a crowd-sourced journalism site that allows users to sell their photos and videos to media outlets, instead of having them be stolen from Flickr or Facebook.

Local entrepreneurs he admires: The Yap founders, who created software that allows for voice texting and transcription of voice mails to texts. Amazon bought the company last year. “They showed that you could actually do it in Charlotte.”

What he’s done: The former ad agency exec entered the startup world with OverstockAds.com, a marketplace for ad space (or airtime) that local media outlets were otherwise unable to sell.

What he’s done: Developers at his company, Cloud Castle Group, work behind the scenes to help startups build and market their Web and mobile products.

What the startup scene needs: “Charlotte has investment capital; it’s just not targeting early-stage companies. As a result, companies that start in Charlotte generally move upstream.” 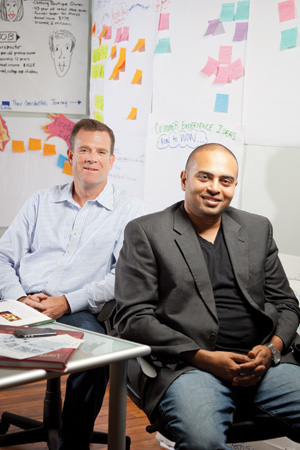 Steve Villa and Shafi Mustafa, cofounders of Savveo, a marketplace for local advertising.

What’s a social entrepreneur? “People who want change in a big way—systemic change.”

What's Next: “You look at the economic recession, the silver lining is that Charlotte took a really hard look at itself and its economic development future. The emphasis on entrepreneurship is the biggest new add to the equation.” —L. R. and R. T.