The Point of It All

Charlotte native and R&B singer Anthony Hamilton could be seen and heard all over the Queen City last week when the CIAA basketball tournament and festivities were in town. When the weekend came he got up close and personal with his fans. On Friday night he hosted a party at Cans Bar and Canteen to celebrate his recent Grammy win (about 600 to 700 people showed up). Saturday afternoon he performed at the Charlotte Convention Center during the CIAA Ford Fan Experience and afterwards he signed autographs for hundreds of waiting fans. I nabbed a quick interview with him before he was ushered off to his next event.

What is it like having the CIAA tournament in your hometown?

Ever since we've been having it here it's been successful. Everyone gets a chance to see what Charlotte has to offer. All the beautiful people get together, my family—it's big. We're not just a little Southern city that everyone passes through. We have something to offer. It's bigger than the game—it's more about people getting together.

How did you enjoy the party you hosted last night?

The party was great. It was at Cans and I got together with [promoter] Mike Kitchen and it was a party to celebrate my Grammy. We did it really nice and classy. A lot of people came out and they all behaved.

You'd been nominated seven times. What does it feel like to finally win a Grammy?

Well I haven't gotten the Grammy yet. They're going to mail it to me. They said I got it -- when it gets to my house I'll believe it. (Laughs.) It feels good. I've been working hard since '93 and have been nominated a lot of times. But it means more to be nominated and to win one with Al Green.

Where are you going to put it?

In my office. My office is really nice and peaceful and I can look at it and know that it was the hard work that did it.

The "Playin' It Cool" tour was a success. I caught your show at Amos' Southend.

It was six weeks, twenty-five cities, and the shows were two hours apiece. We really gave the people a lot to go home with. We had a good time and the turnout was great. Most of the shows were sold out or close to it. I'm humbled every time I get a new fan base or someone tells me how great my music is or how it changed their life.

Any plans to go back on the road?

Yeah, I'm going to Europe at the end of March. And we're looking forward to putting together another U.S. tour soon.

MTV.com's "Mixtape Monday" recently selected your new song with Fonzworth Bentley as "Bubbling Below the Radar." How did that collaboration come about?

We've been fans of each other and just been talking…

Did he give you this (polka dot handkerchief in his jacket pocket)?

No. But I'm sure I'll get a bow-tie and an umbrella. (Laughs.) We'd been talking about it and he came up with the perfect song. I was in L.A. already so we met up and made it happen. Actually, his brother wrote the treatment and directed my video for "Cool."

What's going to be the second single from the album?

We're going with "The Point of It All." People love my ballots and I think it's time to do it.

That's probably going to be the wedding song of 2009. What would someone have to do to get you to sing at their wedding?

The timing would just have to be right. I love singing at weddings for people I know.

Any upcoming projects we should be on the lookout for?

I'm working on a blues record, As Green As I Am Blue, that I hope to put out later this year. I want to put that out and show people another side of Anthony Hamilton.

You were signing autographs here for almost an hour and a half. The average artist would've told his publicist to get him out of here in thirty minutes.

I have love, and love is patient. I have love for the people and I try to show it. 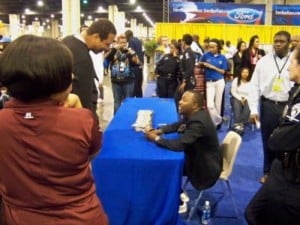 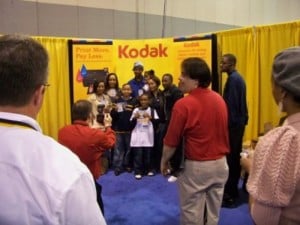 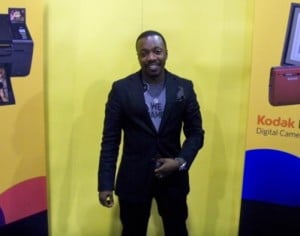 This article appears in the March 2009 issue of Charlotte magazine.