There Is No God

Charlotte has an expanding group of atheists, but will the City of Churches greet them with open arms?

It's a brisk November evening, and a group of people is congregated in two leather booths in the brick basement of Dilworth Neighborhood Grille. There's a forty-something couple, a life coach, a Yale graduate from Connecticut, and an ex-pastor who previously worked for Christian evangelists Jim and Tammy Faye Bakker. There's an elderly man from Kannapolis wearing old-school spectacles, jeans, and a T-shirt, and next to him is a husband and stepfather of one. The diverse group excitedly discusses President-elect Barack Obama, his plans, his future, and what it means for the U.S. It's certainly not a discussion about God, or the lack thereof, which you might expect from a group called Charlotte Atheists.

In 2002, Charlotte Atheists was a small, struggling nontheistic group with four or five members. Today, as non-believers continue to emerge (12 percent of North Carolinians have no religious affiliation, just below New York with 17 percent, according to the Pew Forum on Religious and Public Life Study), the group has more than thirty members.

Dan Russell-Pinson, the forty-year-old Charlotte Atheists coordinator and a lifelong atheist, expects the numbers in Charlotte to grow. "We are on a path where religious belief is being minimized each decade," he says. "People aren't looking to the church for all the answers anymore." According to the Pew survey, the trend toward a godless America is gaining momentum -- 16.1 percent of the U.S. population claims no religious affiliation, up from 3.7 percent in 2001.

With celebrities like Woody Allen, Jodie Foster, and Facebook creator Mark Zuckerberg among their ranks, atheism has hit the mainstream. There are way more outlets, "like the Internet, public figures, books," that allow people to talk freely about atheism without facing the traditional stigmas, says Jacob, a twenty-five-year-old self-proclaimed "weak atheist" and Concord native. He prefers to keep his last name anonymous because of the possible repercussions at work for his nonreligious views.

But in the City of Churches, there's skepticism about whether atheism can take hold. "There needs to be a certain atmosphere and a kernel of community for atheism to flourish and I'm not quite sure that exists in Charlotte yet," says Norris Frederick, the James A. Jones chair of philosophy and religion at Queens University. Frederick says that without a common purpose other than rejecting theism, the atheist community might remain stagnant. He also wonders if atheists will be able to shake misconceptions such as being anti-American.

Russell-Pinson points out that as more transplants move to Charlotte, the more likely it is that atheism will thrive here. If nothing else, Russell-Pinson believes that because the group has no agenda, it's more appealing and inviting to the curious newbie. Religion is "one bond that ties us together, but everyone has other interests," he says. "We are simply a social group of people that gather together and share similar views." 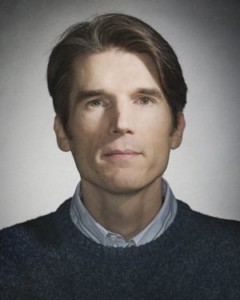 This article appears in the March 2009 issue of Charlotte magazine.
Categories: Religion