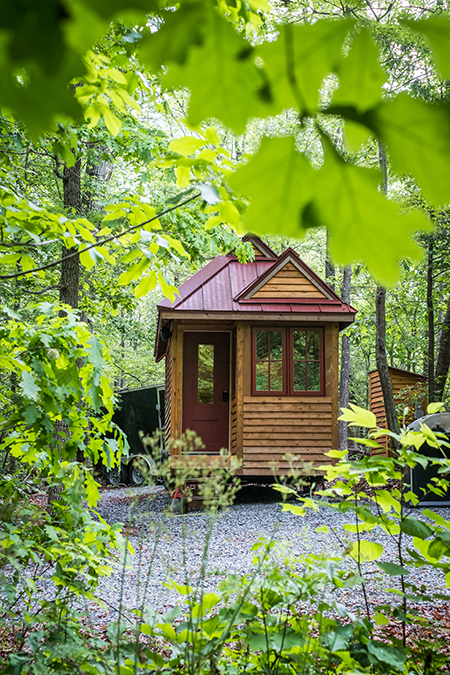 IN 2009, Ryan Mitchell showed up at work to find the company shuttered. He recalls feeling powerless.

“At that point, I started looking at my budget, and half of my income was going to housing: rent, utilities, insurance, things like that,” Mitchell says. “I had no idea how, but I was like, ‘If I could get rid of this line item, this one thing, I would regain half of my income.’”

Research led him to the idea of building a tiny house, which wasn’t yet popular. A year and a half later, he was living in a small home north of Charlotte that he’d built by hand, with the exception of the wiring and metal roofing.

Mitchell documented his progress on a blog, thetinylife.com, which has since become a top resource for the tiny house community. The success of the blog inspired Mitchell to start a Tiny House Conference, and he’s published two books on living little: Tiny House Living, released in 2014, and Tiny Houses Built With Recycled Materials, released earlier this year.

This article appears in the July 2016 issue of Home + Garden.
Categories: Spaces
Contest of the Month