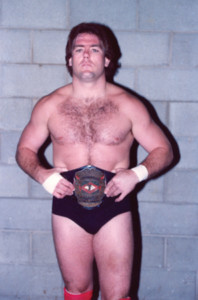 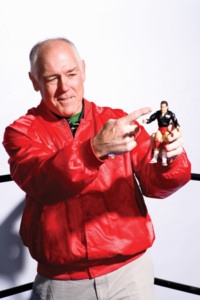 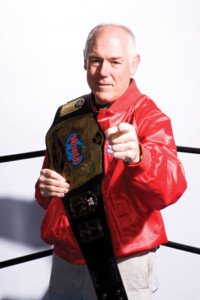 When Tully Blanchard defeated a bloody Dusty Rhodes with a boot to the head at Tribute to Starrcade (a reunion of sorts for old-school wrestlers and fans in Spartanburg, S.C.) in 2005, a gym full of fans chanted the long-retired wrestler's name and booed good-guy Rhodes. At one point Rhodes even slung Blanchard, then fifty-one, over the ropes and suplexed him at the center of the ring. The still-in-shape Blanchard sold his opponents' blows like a consummate professional.

As the in-ring technician of the original Four Horsemen, Blanchard may have been a heel, but he's still a favorite to diehards. "The people that recognize me now are hardcore fans," says Blanchard, fifty-six, whose dark brown hair has grayed and thinned and whose frame has slimmed from 220 pounds to 195. Drinking and drug abuse sullied his ring reign. In 1989 he and fellow Horseman Arn Anderson were offered $250,000 apiece to leave the WWF, which they had joined a year earlier, for the WCW. When Blanchard failed a drug test, he found himself welcome at neither.

"In eleven days I lost both jobs. I spent four- teen months in unemployment and lost everything," recalls Blanchard, who was buckling
under a tidal wave of responsibilities. "I just got married and found out I was going to be a dad. I'd borrowed my mom and dad's last $30,000. It was just brutal. I was completely broke. I got down on my knees and said, ‘OK, God, I quit. You're going to take care of me.' The day after Christmas my phone rang. Someone asked me to come speak." Speaking engagements began rolling in. He credits divine intervention. "My number was unlisted, but in five days I scheduled seventy-five," says Blanchard, who eventually took a job at a national prison ministry in Texas, where he stayed until 2009. He remains a con- sultant. In August, after five years in Dallas, Blanchard, who is divorced, returned to Charlotte to be near his four teenage children. He's started a new ministry and is readying his autobiography for publication. After twenty years, the second-generation wrestler says he's had time to adjust to life outside the ring. "For any of those guys that were once stars and have had to do something else, it's very difficult to make that transition," he says. "But that's not my identity
anymore."