Two Quotes About Our Place In The World

Don't believe the New Yorker. Boston is where Charlotte's power is concentrated

"When anybody from North Carolina gets in the New Yorker, it’s not a good day.”
– Rep. Mark Meadows (R), who represents North Carolina's 11th district

Meadows is referring to a New Yorker blog post that referred to him as the architect of the recent government shutdown, a title he didn't think was very nice. Meadows spoke Friday at the Burke County Republican Party's annual Reagan Dinner in Morganton, so he was speaking to a friendly crowd that allowed him to use the East-Coast-doesn't-know-you-like-I-do rhetoric that plays specifically to his base. "We’re going to be persecuted for who we are and what we stand for and for our faith," he said. "That’s not right.”

But back to the New Yorker. They're not ALL bad, I don't think. David Sedaris, who grew up in Raleigh, is in the magazine all the damn time. Art Pope, however, was skewered in a New Yorker story, which detailed his ultimately successful plan to sling enough money around to turn the North Carolina General Assembly over to the Republicans. And now look at him. Poor guy is the state budget director now. The New Yorker ruined him.

There's really no inverse to this. You could also make the point that somebody in North Carolina is having a bad day whenever they're mentioned in the Drudge Report. And I don't think anybody in New York City got all that upset when Charlotte magazine ran a quote describing that city as having “asphalt marinated in other people’s urine."

Meadows is merely highlighting the widening divide between rural and urban North Carolina, as well as the gulf between North Carolina and the rest of the country. There are now two types of people in this new world, it seems. There are New Yorker subscribers. Everybody else would rather be left alone.

"I was based in New York, the company’s headquarters were in Charlotte, the real center of power was in Boston and other senior managers were based in California. And most of the management team spent a good deal of time traveling."
-Sallie Krawcheck on Bank of America 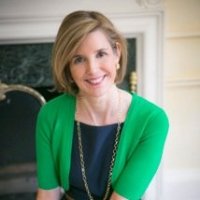 You can just feel the Charlotte Chamber cringing. Krawcheck used to run the wealth management side of Bank of America until she was sorta fired. In a LinkedIn post this morning that sheds a lot of light on the culture of the bank, she just comes out and says something a lot of people already know but don't want to admit: Charlotte's isn't necessarily the center of banking power that we make it out to be.

It's not really a secret that CEO Brian Moynihan lives in Boston. And it's obvious that Bank of America is a nationally-focused bank with pieces cobbled together from bits of old financial fiefdoms like Countrywide and Merrill Lynch. It's still Charlotte's big bank. Just not as much as it used to be. Last year, the Charlotte Observer started to poke at the issue of just how Charlotte-based the Charlotte-based bank really is. Today's comments by Krawcheck show that if you want to really want to show your loyalty to Charlotte's most powerful bankers, you might want to be rooting for the Red Sox tomorrow night.

Categories: Blog Links > Week in Inanity, The Buzz, Way Out
Contest of the Month