EVEN THOUGH Sylvia Hurley has been working in the garden of her SouthPark home for almost three decades, she still considers it a work in progress.

“I love it when people say, ‘A garden takes care of itself,’” she muses. “Mine never did. I’m out here taking care of it all the time.” 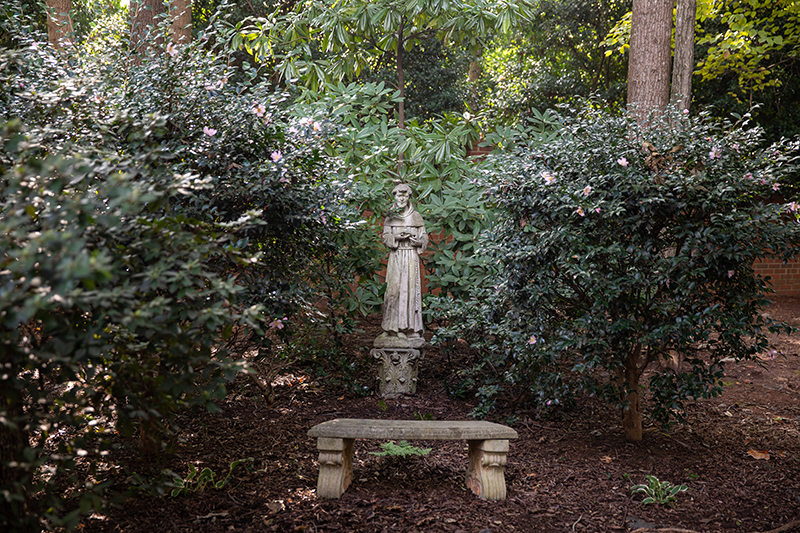 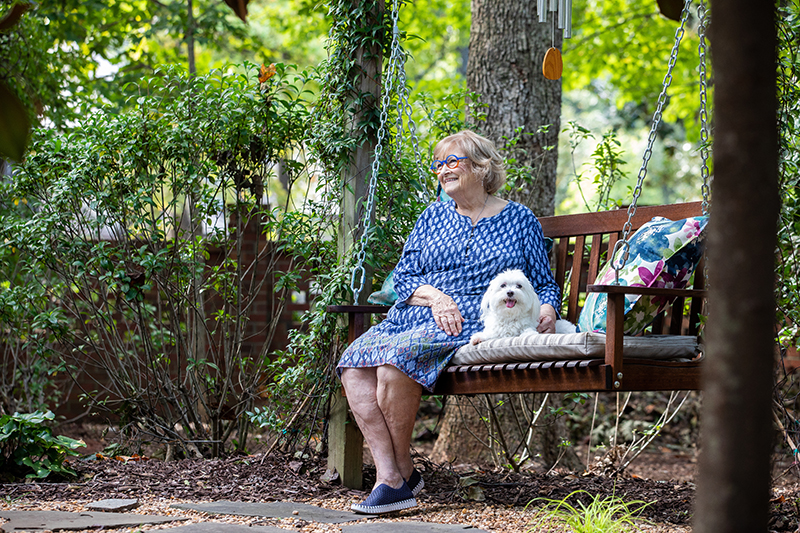 Top: Statues in the garden honor Hurley’s seven grandchildren. Much of the artwork in the space was gifts from her children. Above: Hurley enjoys spending time in the garden with her Maltese, Holly Berry. Her late husband used to make rounds through the garden in his wheelchair with Holly riding along in his lap.

Hurley turned her attention to the garden the moment she and her late husband, Jack, purchased the brick home on a double lot in a quiet cul-de-sac in the 1980s. She planted saplings that have grown into towering maples, hickories, and dogwoods; added stepping stone paths; and arranged arbors with climbing vines to hide HVAC equipment.

The landscaping makes the house feel like it’s in the middle of the forest, and Hurley has used the setting to its fullest advantage, choosing plants such as hostas, ferns, and farfugium that thrive in the shade. 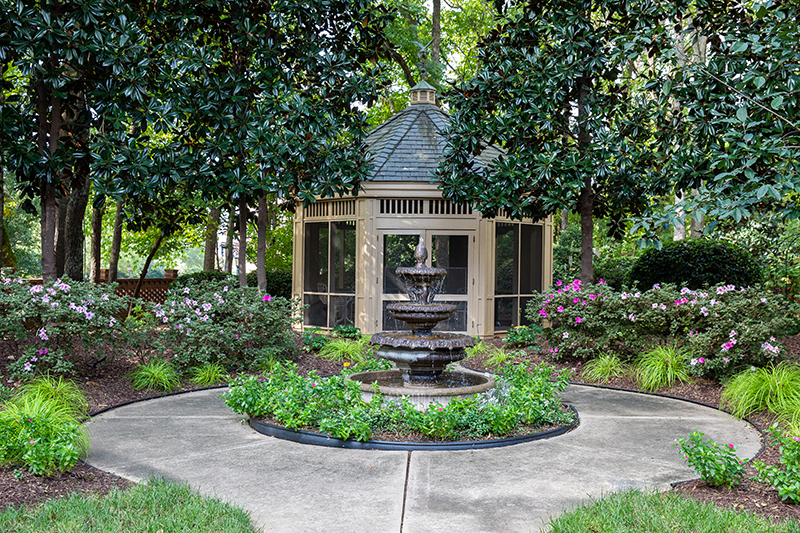 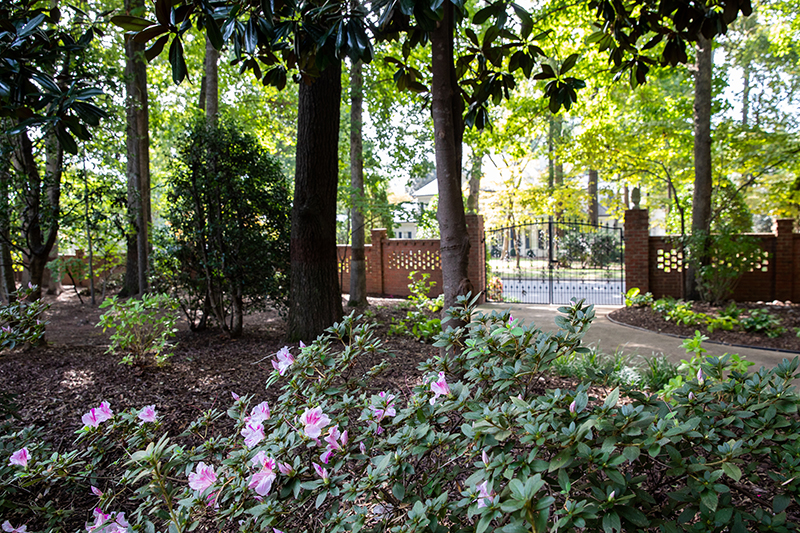 Top: An enclosed gazebo and fountain serve as a focal point. Above:  Hurley uses the area toward the back of the property as a hospital to tend ailing plants and nurture them back to life.

Although the dense tree canopy doesn’t let in much light, the garden doesn’t feel dark, thanks to dozens of mature rhododendrons, azaleas, and camellias that provide bright pops of color throughout the landscape.

This summer, Hurley had a maple tree removed that crowded out other deciduous trees and cast a dark shadow over the back of the house. With the tree gone, a bright patch appeared in the garden. Hurley wasted no time planting a garden filled with sun-loving plants like roses, variegated irises, rose of Sharon, and carex. A strawberry snowball that produces clusters of bright pink flowers is the focal point of the new garden.

In sun or shade, almost all of the plants in Hurley’s garden have one thing in common: their color. Hurley is partial to pink and purple.

“If it’s not pink or purple, it needs a special permit to be planted in Sylvia’s garden,” jokes landscape designer Suzanne Wilkerson of Ambiance Garden Design.

Hurley acknowledges her passion for pastels, but is quick to point out that she has a few blue flowers in the garden—a patch of Spanish bluebells near her back gate are spring favorites—and she’ll even acquiesce to a few pops of white. As for yellow, though, Hurley is firm. “I do not like yellow, never have,” she says.

Many of the plants in the sprawling woodland garden were gifts. Hurley can point to an azalea, camellia, or clematis and recall who presented it to her and the occasion of the gift. She also has stories about the plants she’s rescued, often from the garbage piles at big box stores, and nursed back to health.

Hurley has rehabilitated so many plants that she created a “hospital” in the corner of the garden, where she keeps ailing plants until they are robust enough to be transplanted into the garden. 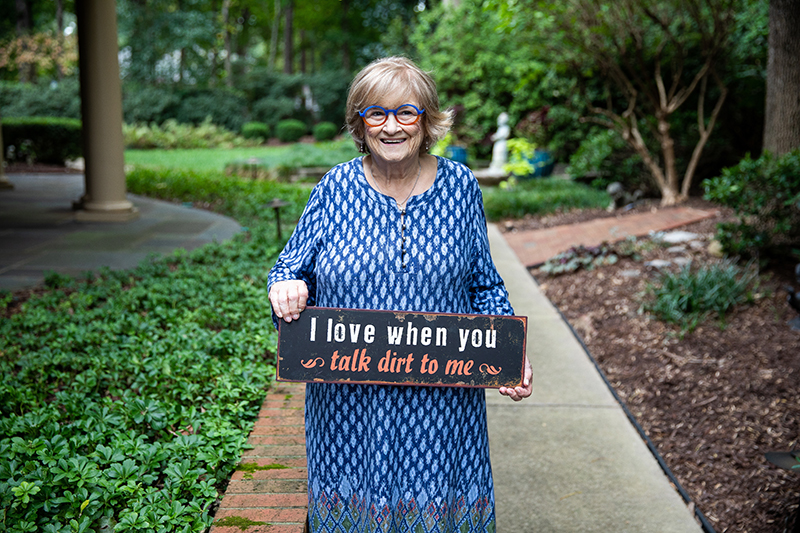 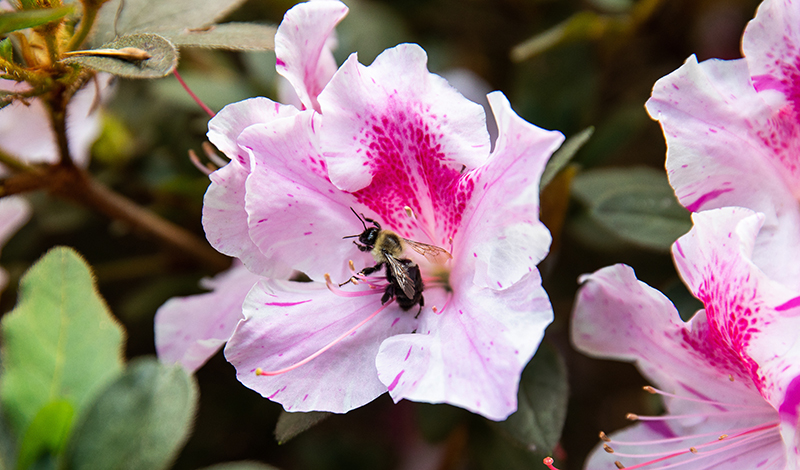 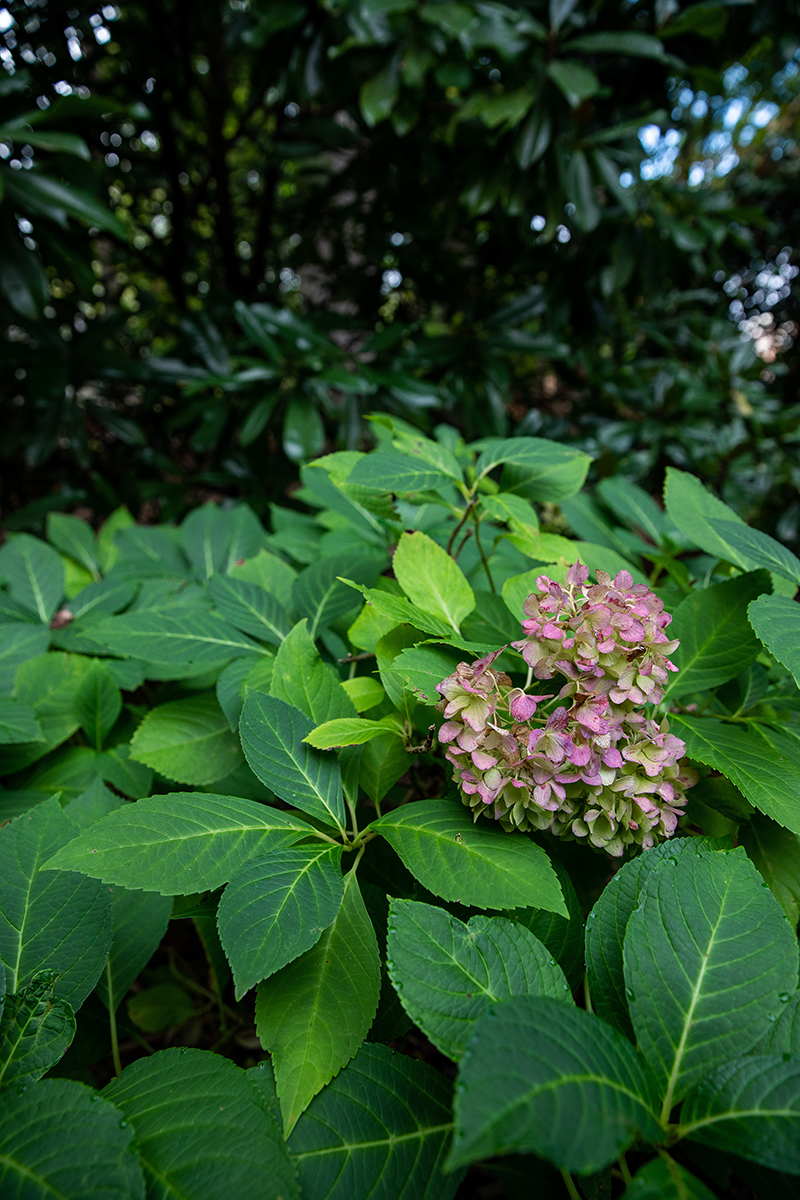 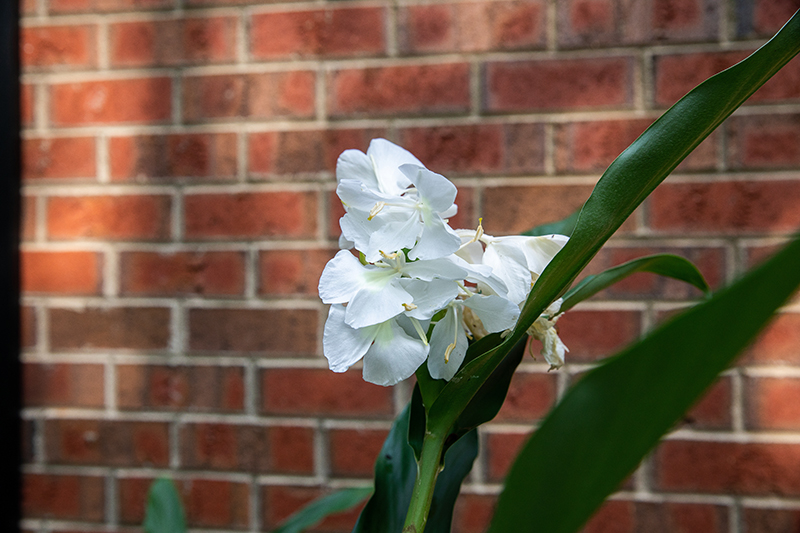 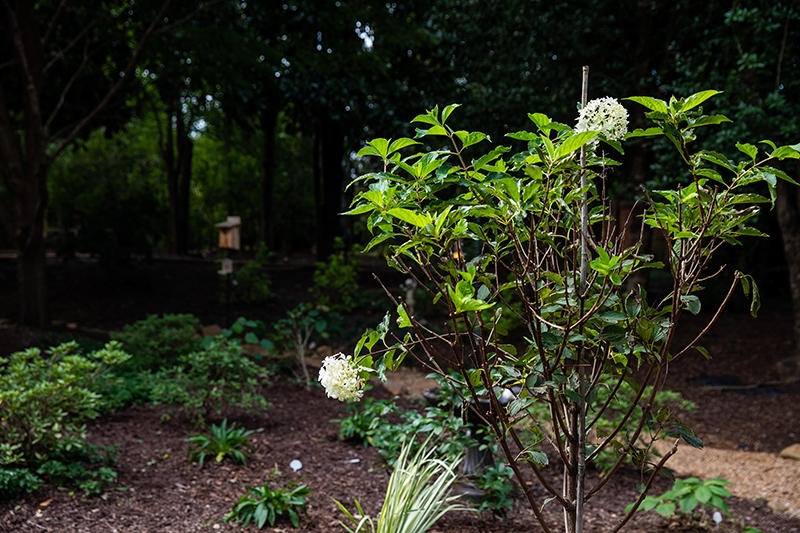 Top: Hurley holds a garden sign that she gave to her husband Jack, not long before his passing in April 2018. The couple treasured the garden. Hurley spends hours in her garden tending to Encore Autumn Twist double blooming azaleas, Nantucket macrophylla hydrangea, fragrant ginger, and a vanilla strawberry hydrangea tree. Suzanne Wilkerson of Ambiance Garden Design helps, too.

“When I lose a plant, any plant, I grieve,” she says. “I put a lot of work into these plants.”

The garden has a series of picture-perfect vignettes, including a concrete bench facing a statue of St. Francis, an iron patio set outside the kitchen door, and an enclosed gazebo in which Hurley can sit and admire her surroundings. While she took great care to create each of these mini garden rooms, none are as special to her as the spot she calls her secret garden.

A stepping stone path leads to a swing suspended from a vine-covered arbor, and offers views of a Japanese maple, lilacs, gardenias, and osmanthus. As Hurley rocks back and forth, she says, “Jack and I came out here a lot to sit on this swing.”

Hurley has a lot of memories of her late husband in the garden. Not long before his passing in April, she gave him a garden sign that said, “I love it when you talk dirt to me.”

There are also reminders of her children and grandchildren throughout. After the birth of each of her seven grandchildren, Hurley selected whimsical statues of children in their honor and gave them each a special place in the garden; much of the garden art, which ranges from rain gauges and fountains to birdhouses and sculptures, was gifts from her children.

It’s gotten harder for Hurley to maintain her beloved garden. Wilkerson and her team help, but Hurley isn’t ready to hand over her shovel just yet.

“I do as much as I can,” she says. “There is nothing I like better than being out in my garden.”

This article appears in the December 2018 issue of Home + Garden.
Categories: Feature, Outdoor Living
Contest of the Month