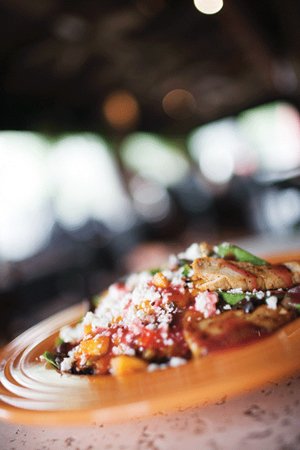 Eleven years ago, I took my now-wife on our first official date to La Paz, when it was located in an old house in Myers Park near the Manor Theatre. I must have been a little nervous, because I forgot to sign the credit card receipt, and then I tried to walk out with a half-finished bottle of Negro Modelo beer. The hostess politely stopped me at the door. After dinner, we went to the Manor to see The Full Monty.

That's the kind of place La Paz was. First dates, third dates, regular visits. It was a staple, before the Charlotte restaurant scene exploded. Then it got left behind.

Trying to keep up, it moved to a fancy new location in South End. (Looking back, it did seem odd noshing on tacos and enchiladas in an old Myers Park house.) For a time, it enjoyed a resurgence, and tables were hard to come by at lunch or dinner. Then the restaurant scene caught up and passed it by once again. It settled into a long, slow decline. Eventually, the corporate owner (there are several other locations in the South) gave up on it.

That did not sit well with Ward Manning, a local homebuilder and real-estate developer. He and his wife, Laura, had been regulars at La Paz nearly since it opened twenty-nine years ago. As their family grew, they celebrated many special occasions there. When Ward heard that the Charlotte location would close, he bought the place.

The Mannings gave it a facelift, brightening it up, refinishing the wood floors, and opening up the layout. It's much improved over the previous version, which was a little dark and hard to navigate. They retrained the staff to be friendly and efficient. They upgraded the kitchen and punched up the menu, stressing better-quality ingredients and new upscale entrées. This, too, is an improvement. You'll still find Americanized Mexican dishes like crispy tacos with cheddar cheese, but the "street tacos," made with soft flour tortillas, are a tasty alternative. The best option is the grouper with ginger-lime cabbage and mango-avocado salsa.

You won't find many fajitas in Mexico, but La Paz handles them well. Ingredients are fresh, and the ginger-lime cabbage adds zing. Among the quesadillas are traditional options, plus new twists like beef-and-bleu-cheese, Texas barbecue chicken, and an interesting Cuban, with grilled pork loin and sliced ham. 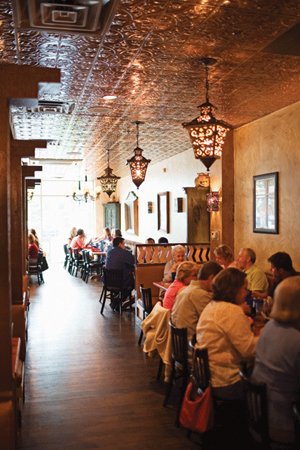 But the Mannings know that any Mexican restaurant worth its salt must serve a fine margarita. First, they built a new bar—one must have an appropriate setting. A faux pressed-tin ceiling adds class, and colorful surfboards add fun. And these are solid margaritas. You have your basic model, but there also options with top-shelf Sauza or Patron Silver tequila and Cointreau. Believe me, the better liquors make a difference. For a twist, try it with a fresh strawberry, raspberry, or mango purée.

And if you go and order a margarita, raise a glass to Ward Manning. Tragically, he died on March 20 when the small plane he was piloting crashed in a wooded area of Weddington. Only fifty-one, he was known for his energy and ambition. Included must be the crazy idea to buy a moribund, twenty-nine-year-old Mexican restaurant and revive it. But he and his family—son Trace is the general manager—made it work.