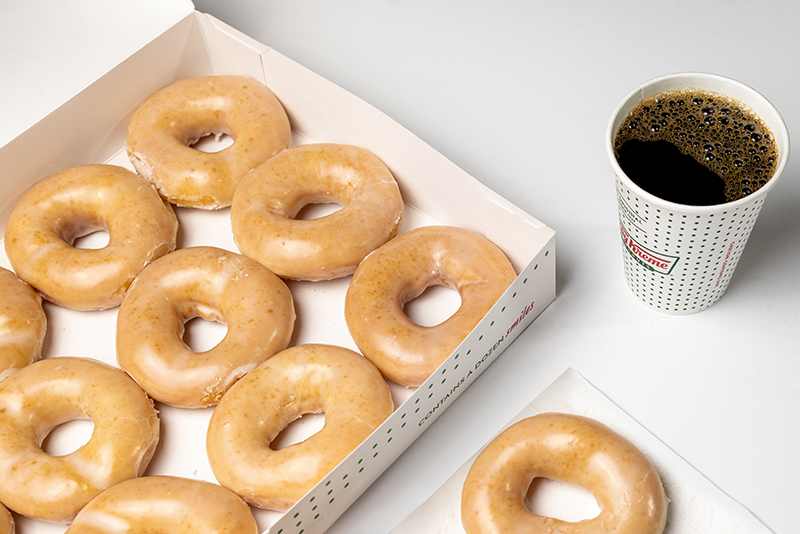 It was a few hours before dawn on a hot summer night, white vinyl blinds rolled down over bedroom windows open for anything that might resemble cool air. 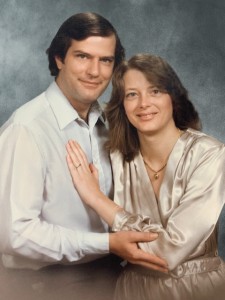 My brand-new husband was sleeping next to me. Finally. We’d spent most of our first year of marriage three states apart, me in Charlotte to take a new job at The Charlotte Observer, him in Tallahassee to finish his art degree at Florida State.

In the summer of 1986, he finally wrapped up his education and came to join me, camping out in my cheap apartment on Bay Street in Elizabeth. Mice had cavorted in my oven all winter, and the weedy, graveled yard backed up to the 24-hour Krispy Kreme. The green tile roof and glowing red neon was a local landmark at the intersection of Independence Boulevard and Hawthorne Lane.

I knew it well. After late nights at places like the Double Door, the best way to soak up alcohol, as all clubbers knew, was to inhale a few clouds of glaze-covered Krispy Kremes before bed and save the rest to throw at the hangover the next morning. Charlotte’s busiest Krispy Kreme was so close to my back door, I could cut through the overgrown bushes and grab a box in less time than it took for the sugar glaze to set.

At 4:40 a.m., as in the words of every Dashiell Hammett story, shots rang out. A lot of shots. Eight, we’d find out later. We rolled out of bed sideways, him one way, me the other. I belly-crawled to the kitchen commando-style and yanked the wall phone down by its cord to dial 911.

When I hung up, my new husband was staring at me. He had only one thing to say: “Where in the hell have you brought us?”

We found out later that two men had been fighting over a woman in a van in the Krispy Kreme parking lot when the men pulled out handguns and opened fire. One man was shot in the shoulder; the van lost a lot of glass. Just another news cycle on the mean streets of Charlotte.

Ah, Krispy Kreme. Sure, we’re nostalgic for the paper caps and the “Hot Now” signs, the sugar-glaze waterfall draping over conveyor belts of freshly fried doughnuts. But before Krispy Kreme became an international obsession, it played a working-class comfort role in busy cities like Charlotte, Memphis, and Birmingham.

It was open around the clock, ready for the 6 a.m. truck drivers hunched over their hot cups of joe and the foot-sore shopper who needed a late-afternoon break, the counters always wiped clean by seen-it-all waitresses in white uniforms.

In those days, it didn’t turn up in newspapers as the wholesome place where people pick up boxes of decorated doughnuts on the way to church coffee hour. Dig around in the archives and you’ll find stories like “Manhunt Ends in Charlotte Coffee Shop,” or the three-month stakeout that ended in the arrest of a cocaine dealer in the parking lot. 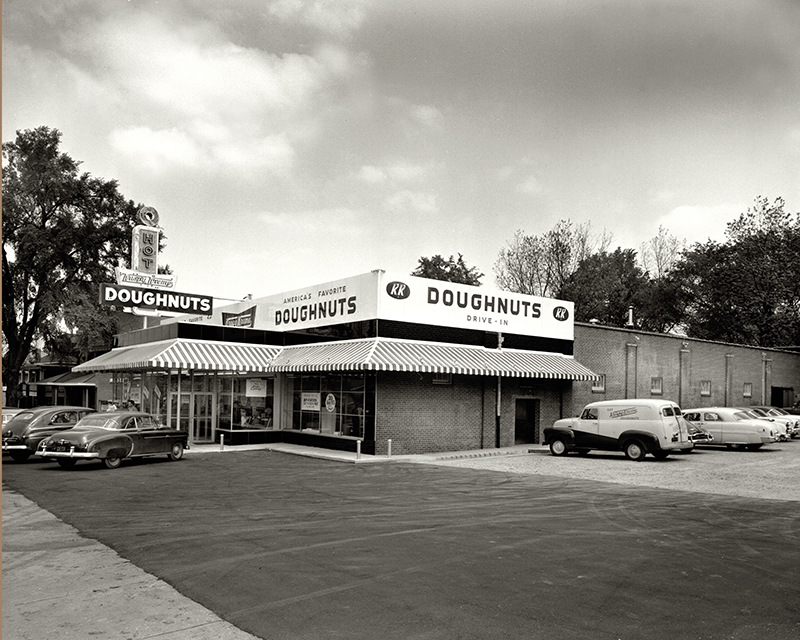 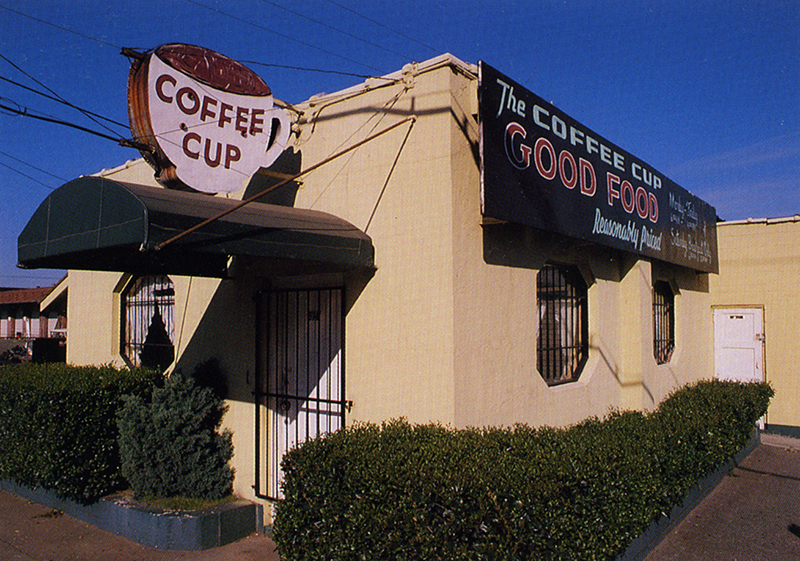 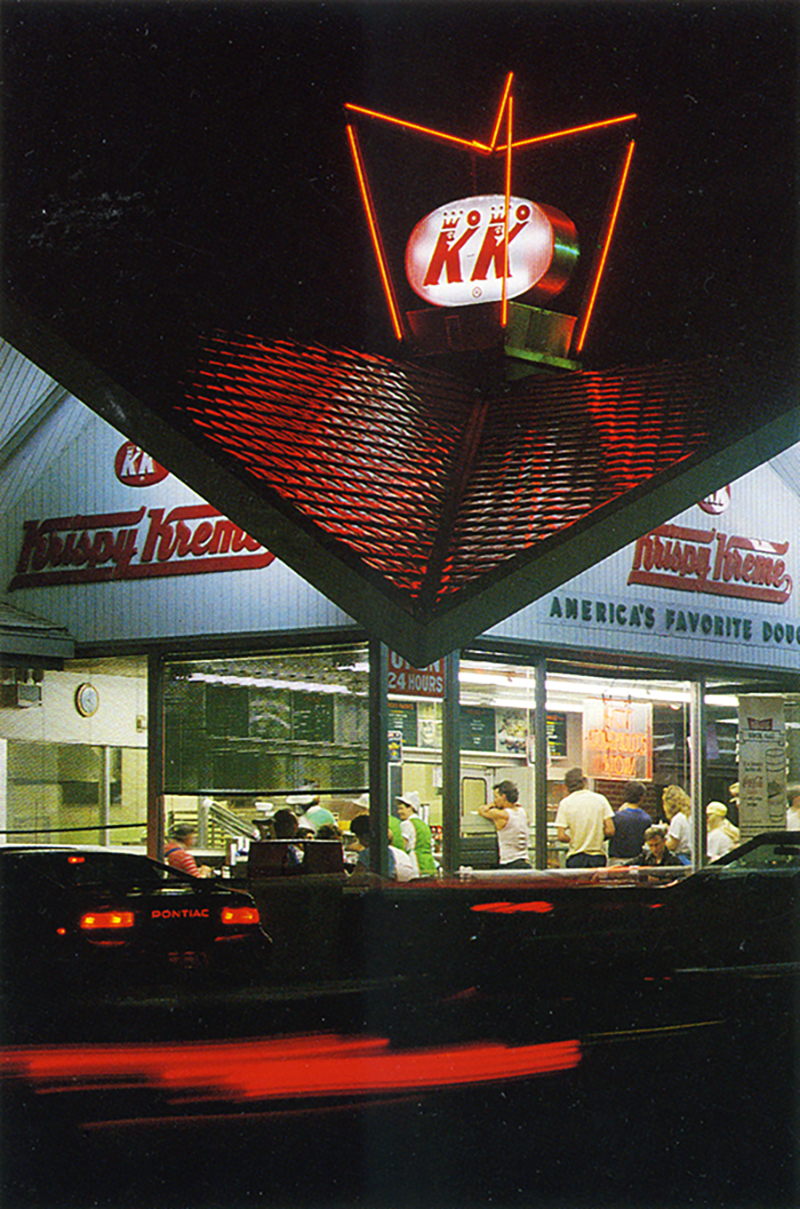 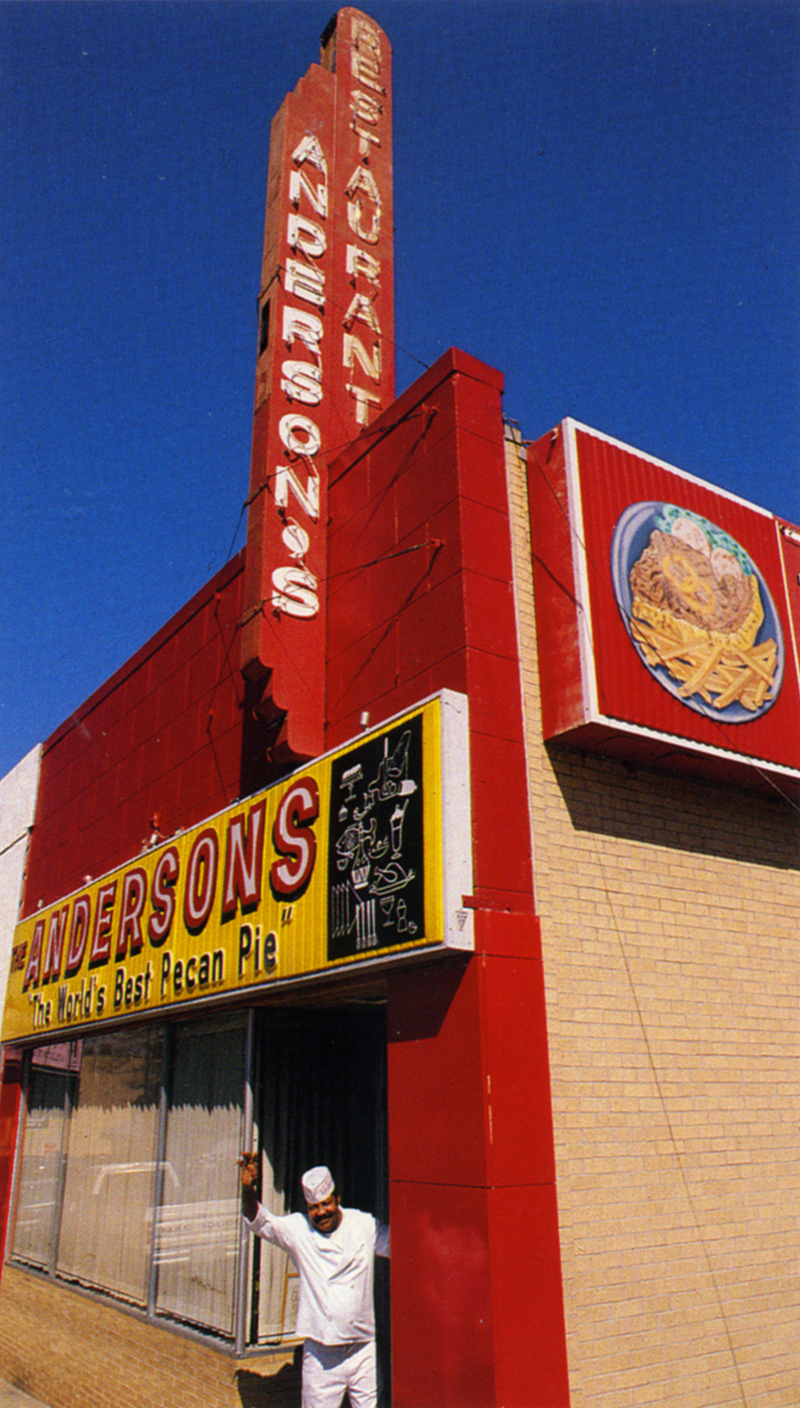 It wasn’t Krispy Kreme’s fault. Hawthorne and Independence was a major intersection in a 24-hour city. Charlotte had a tough reputation itself in those days. Longtime restaurant insiders can still tell you which places were famous for after-hours gambling and which had ties to organized crime. Back in 1965, the Charlotte metro area had the highest per-capita murder rate in the country, with 58—15.9 per 100,000 people.

The Charlotte I fell in love with in the mid-’80s was a working town. No one called the restaurants “bougie,” and the neighborhoods hadn’t yet gained cryptic names like “NoDa” and “LoSo” and “SoSoMoRo.” (OK, I made that last one up. But NoDa was once made up, too.) South End wasn’t South End; it was the warehouse district where you went to find an auto body shop to bang the dent out of your fender or to hunt down your stolen car.

If you were out early and needed breakfast, you could go to the Coffee Cup—the original, the real deal—where the dawn haze smelled of cigarette smoke, salmon patties, and buttered grits, and you knew the names of the guys on the stools next to you because they were stitched on their shirt pockets. For lunch and dinner, you had your pick of diners and meat-and-threes like Stassinos or the D&P Café, or you could rub elbows with half the city council at Anderson’s.

That 24-hour Krispy Kreme closed in 1994, when a whole side of Charlotte was torn up to rebuild Independence Boulevard as a limited-access highway, wiping out all the little businesses and brick bungalows that once lined it. Farewell forever to sights like the scantily clad mannequins in the window at Thompson’s Bootery and Bloomery, the lingerie store just up the street. My new husband bought me a tacky Christmas present there once.

Charlotte and Krispy Kreme both went through a lot of changes in the next couple of decades. Charlotte reached ever higher for the world’s attention, and Krispy Kreme went from a blue-collar icon of Southern cities to an international sensation, its stock traded on Wall Street.

Krispy Kreme tumbled from its perch for a while after that, a victim of financial losses, too-fast expansion, and the fickleness of food fads. There was a little matter of a Securities and Exchange Commission investigation into accounting irregularities in 2005, too. 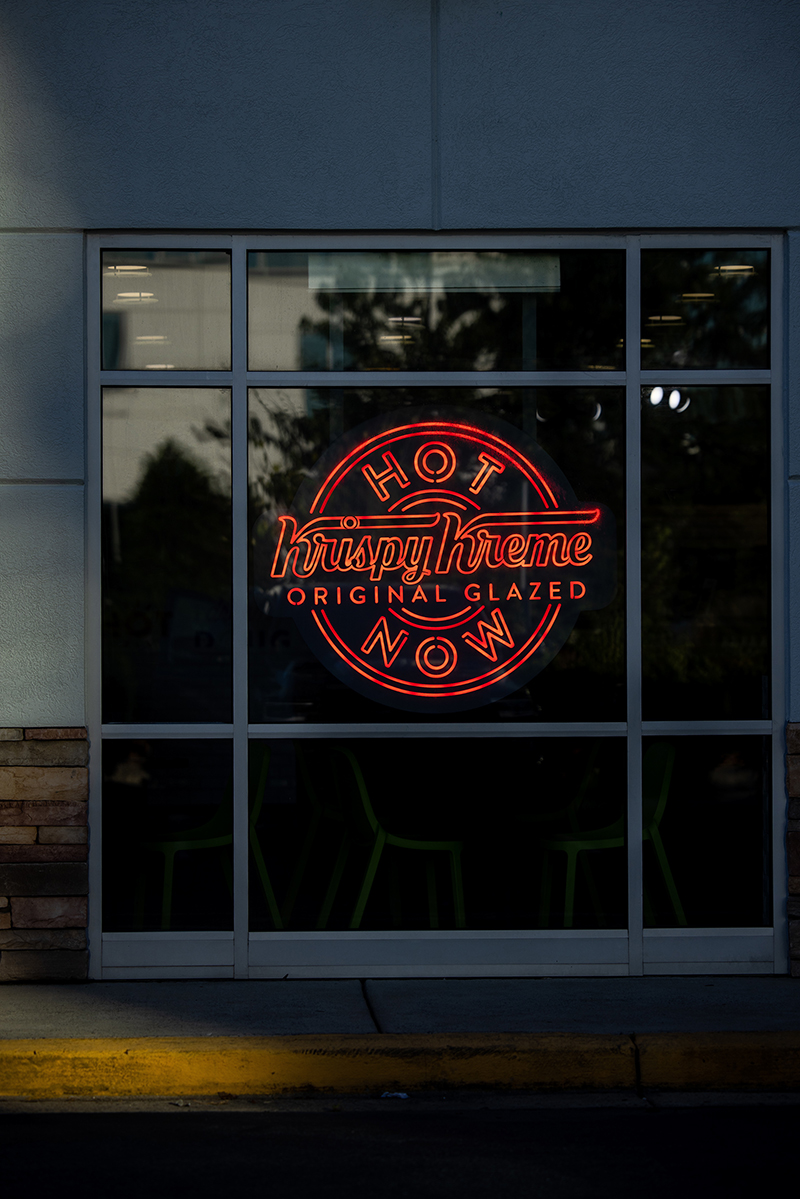 The classic Krispy Kreme on Independence Boulevard might be gone, but the company has several locations in Charlotte—like this one, on Sharon Amity Road in Cotswold. Photo by Peter Taylor.

All that is behind it now. Krispy Kreme has found its footing again. It’s back on the NASDAQ, and it’s opened a new headquarters in Charlotte. A busy location in Cotswold almost rivals Chick-fil-A for traffic. In South End, you can get fresh doughnuts from a vending machine outside the Charlotte headquarters on Hawkins Street. I hear there are a few late-night clubs in the area. I’m happy to know the after-hours tradition lives on.

The Coffee Cup is long gone, along with Stassinos and the D&P. Brunch now reigns supreme on weekends. Yes, some people call it bougie. My new husband isn’t my new husband anymore. We marked our 37th anniversary this year, thankfully free of tacky lingerie presents. We’ve never been woken by gunfire again. I almost miss the excitement.

Our Most Popular Charlotte Food & Drink Stories of 2022