What Happens When We Die?

Your religion has one idea, and Bishop John Spong has another 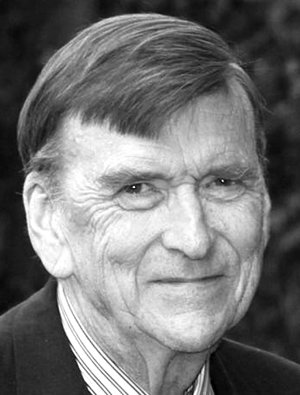 Like many boys growing up here in the 1930s and 1940s, John Shelby Spong was raised to go to church. Be a good boy, his church told him, and you'll go to heaven — probably somewhere beyond the sky.

Never mind that young Spong's idea of heaven was watching minor league baseball at Dilworth's old Griffith Park and playing with his dog, Pupa. He says he sang with confidence "Blessed Assurance, Jesus Is Mine" and felt his "foretaste of glory divine."

But Spong didn't toe the line for long, and today he is a retired, world-renowned Episcopal bishop with a history of rocking people's biblical boats. And hold on to your hymnal. He rocks them again this month with a new book challenging the very ideas of heaven and hell.

The book, Eternal Life: A New Vision (HarperOne), is subtitled Beyond Religion, Beyond Theism, Beyond Heaven and Hell, and in it Spong writes: "There are no record books, and no heavenly judge keeping them, to serve as the basis on which human beings will be rewarded or punished." In the South, where 90 percent of people say they believe in heaven and 83 percent say they believe in hell (Gallup, 2004), these are startling words. But Spong offers a new definition of eternal life, one that can be glimpsed by looking within. We find it, Spong writes, by becoming fully human.

Spong, who lives in Morris Plains, N.J., still has a large following in Charlotte thanks to frequent speaking engagements at Myers Park Baptist. He returns October 16 through 18. Those followers know he's comfortable crossing swords with tradition. After graduating from UNC-Chapel Hill and Episcopal Theological Seminary in Alexandria, Virginia, Spong served churches in North Carolina and Virginia, where he championed racial integration of schools, churches, and hospitals. While leading the Episcopal Diocese of Newark, N.J., for twenty-four years, he was among the first bishops to ordain women and homosexuals. He has written more than twenty books, appeared on Dateline, 60 Minutes, and Larry King Live, and has lectured around the world.

Bishop Spong, you call your book a "spiritual autobiography." You begin by writing about your first childhood experiences with death. Did those experiences shake up your faith?

These experiences are the first time I had to grapple with the fact that I am mortal. When I was five my grandfather died, and that's the first time it occurred to me that human beings die. I asked my mother, does that mean I will die, and she said, no, no, your grandfather was very old, so it was OK. Then I had two classmates in the second grade at Dilworth [Elementary] who were killed in an accident at Euclid and Tremont avenues, and that meant that people my age could die.

Then when the members of my [Evangelical] church came to comfort me about my father's death when I was twelve, they comforted me with all the religious jargon. They said, oh your father's in a better place and he's much happier now. But my father was a periodic alcoholic, he smoked two packs of cigarettes every day, he played poker with his friends, and played slot machines and he hated going to church. They told me before he died that all these things made you go to hell, and they told me after he died that he was such a lucky man because he was with God and he was so happy. It didn't add up. 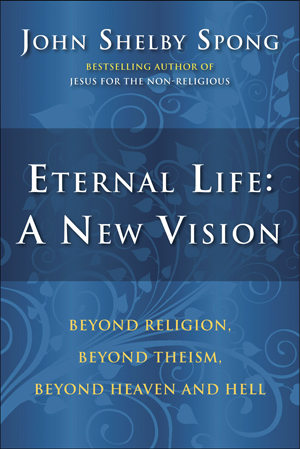 And now, after a lifetime of studying the Bible and helping other people deal with death, you have come to a dramatic conclusion for a Christian: there is no heaven or hell. Are you also saying there's no continuing self-consciousness after you die?

Can you help me understand your new concept of eternal life?

Probably not, because all I've got to use are words that are time bound and space bound. You know, Einstein taught us that time and space are human categories. I can't define God either. I can define what I believe is my experience of the holy.

I always ask my audiences, how many of you are now or ever have been in love? Most people understand that experience. I can talk about it with great zeal because I adore my wife. You suddenly get outside of your own self-centeredness. You care more about your beloved than you do for yourself. You'd be willing to die for her. It's as close to what I think is a transcendent experience as human beings can have. And I think that's the best analogy to talk about life after death. It's the fulfillment of your life so deeply that you can escape survival mentality and give your life away.

This is why the Jesus portrait is so appealing to me. It's written in a language that Jesus didn't speak, so you can't be literal about it, but those gospels record an impression of a human life that was so open and so fulfilled that people were convinced that they experienced God because [Jesus's] life had no survival instinct. Here is a person who is being put to death unjustly, and most of us will do anything we can to survive. We'll bite, we'll scream, we'll pray, we'll whine, we'll beg—but what we see is, while he's dying he says, father, forgive them, for they know not what they do. What we call sin I think is the survival mentality. We put ourselves first in every endeavor because that's the survival instinct.

When you counsel people facing death, or who have lost a loved one, what do you say?

What carries people is your willingness to walk into that experience with them without giving them answers. There was a woman named Cornelia Newton, she was maybe forty, forty-one years old. I was a rector in Richmond and I had known this woman in a previous diocese. She called me up from the hospital and said she would like to see me. I went into her room about 2 o'clock and was there until about 5 o'clock, and she had pancreatic cancer that had metastasized. Not a chance that she was going to live. She had three young children. I sat with that lady for three hours and just had her tell me her feelings—what it means to anticipate death when you're a young mother and not see your children graduate from high school or college or have grandchildren. We walked through all that death was going to preclude for her, and it was as powerful a three hours as I have ever had in my life.

When it was over, being a young priest, I felt the need to do the clergy thing, to pray with her. I strung together words I'd used a thousand times in similar situations, and they didn't mean a great deal to me. I drove home to Richmond that day, and I compared the depth and power of that honest sharing for about three hours and the shallowness of those prayers at the end, and I asked myself, which one is really prayer? It was the sharing of life deeply and intimately.

On a personal level, how are you living now with your understanding of what death brings?

Every minute counts and every day counts. You invest in every day, in every relationship. You don't go through life at my age preparing to do something tomorrow. You do it today. I tell my wife every day how much I love her. I might not be alive tomorrow. We just came home from the rainforest and the Galapagos Islands and we took two of our grandchildren with us. One is fifteen, one twenty-one, and we spent enormous time sharing life together. It was a total absorption in the lives of these children.

OK, but most people in the world live in poverty, in great suffering, and the idea of visiting the Galapagos Islands with the grandchildren is just not possible. What is the hope for people whose lives are truly all about suffering? How do they follow that live-life-fully prescription?

While we were in the rainforest, we ran into several tribes of native people. They don't know that there is an Iran or Iraq or North Korea. Their world is very limited. They struggle for survival every day. I had an opportunity to interview a shaman chosen to be their medicine man. He saved them from diseases called the evil eye. Given his educational opportunity, he was functioning at a high level of responsibility and creativity within that world. I don't live in that world. I have a responsibility to live in my world and try to make sense out of it, and he has a responsibility to live in his world and try to make sense out of it. Living life fully means being everything you can be within the limits of your world. The call to life is the same.

You write that you are "deeply and emotionally conflicted to state these conclusions." It troubles you to say these things out loud.

The traditional symbols of our Christian faith are dying. The God I grew up with was just above the sky. It's hard to believe in that God when you understand the size of the universe. Galileo and Kepler and Copernicus shattered that image. Then Darwin comes along, and DNA evidence makes it clear that life is one unfolding whole and that you and I are part of that.

I don't think you can tell the Jesus story after Darwin in the same way you can tell it before Darwin. There was no perfect creation, so you cannot fall into sin. You cannot be rescued from a fall that never happened. I think what we have in Jesus is a human life that broke another boundary of consciousness in being so open that all that God is could flow through him. I experience God as life, love, and being. That's a whole new level of evolution and it's not going to be complete in my lifetime.

But isn't fundamentalism on the rise?

Oh yes, because religion is dying. When religion dies, there are two responses. One is to bail out, and that's when you get the secular society, and the other is to dig in, and that's what you get with fundamentalism. Where I spend my time is with those people who have given up Christianity. I want to say to them, there are some dimensions of this Christian story I think you have missed.

For the July issue of this magazine, Miriam Durkin profiled artist and art teacher Andy Braitman.

This article appears in the September 2009 issue of Charlotte magazine.
Contest of the Month