Where Are They Now?: Andrew Reyes 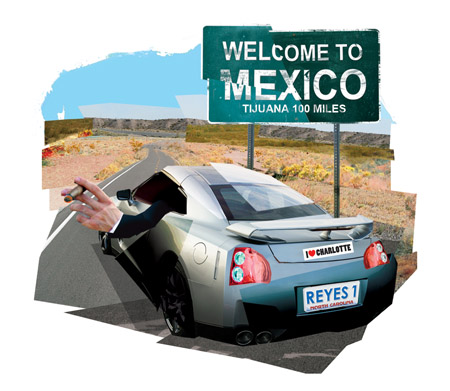 He'd appeared on the scene in the early 1990s and quickly established himself as a power player and philanthropist -as well as a major political donor, giving more than $500,000 to Democrats and Republicans combined. By 1999 the thirty-three-year-old Reyes was chairman of the Mecklenberg County Democratic Party, a bit of a local celebrity, and one of the city's first openly gay politicians to boot. Then, in April 2001, he disappeared.

Eighteen months later, Reyes was arrested at the Mexican border -coming back to the United States from Tijuana — and sent to Charlotte, where he soon pleaded guilty to multiple counts of bank fraud, tax evasion, and conspiracy. The charges were related to embezzlement schemes involving the construction company where he worked.

He was ordered to pay $3.6 million in restitution to one of his accounting clients. He also agreed to cooperate with a massive tax-evasion investigation of two of his business associates. He was released from federal prison in Ashland, Kentucky, in 2005, after his sentence was reduced.

Reyes did not agree to an interview, but he did respond to questions in an e-mail sent through his lawyer. Below is Reyes's account of what happened next.

"When I finally got to Ashland, I was in the D unit. … I learned quickly to be ready for anything. Fights happened all the time. I kept thinking why and how could I let this happen; my life was going to be different from that moment on.

"[On the day of my release] I was happy and sad at the same time—happy that I was finally free again, sad that I had ruined my life. I say that because I take full responsibility for my actions. I have no one else to blame but me.

"Getting my first job was very hard. Learning the system was difficult, too. I had to look for any kind of job that paid the minimum wage.

"It is going to be almost five years since my release. I am happy being a training manager for a large food service corporation.

"I miss the city, its people, and being involved in its politics. I also miss some of my friends that stood by me throughout this whole process."