Where Are They Now?: Isabel Day 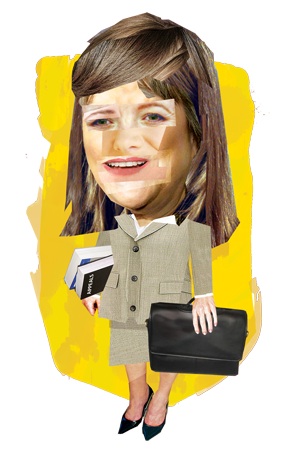 The teenage boy was accused of murder. He'd been chased by an older local bully through his downtrodden neighborhood and into his house. He grabbed a gun and shot the bully dead.

The boy needed a good lawyer, but his family was poor. They turned to Isabel Day, Charlotte's public defender. Day argued self defense and won the case. Then she kept in touch with the boy, offering support where she could. now, about twenty years later, he's  a successful adult, with a career, wife and kids.

For Day, who retired in 2007 after more than two decades as the city's public defender, the job was always a deeply involved affair. She saw her office as the last line of defense for people the social system had consistently failed, and she continued to help her clients once they were out the door.

"We're more set up as a society to address an issue after a problem has arisen than to provide help before there is a problem, or to try to head off problems that we know are going to arise," Day says. "That's where I could make a difference in their lives."

The life-consuming aspect of Day's work rose to unimaginable levels when she took on the Henry Louis Wallace case in 1994. Wallace had confessed to killing ten women over a four-year stretch that had the city's low-income neighborhoods gripped with fear. The next three years saw Day immersed in the most notorious murder case in Charlotte's history.

"To try to explain how a serial killer is made was, I think, one of the most difficult things that I've ever done," Day says. "It was a life-changing case for me. There were so many victims — including Henry himself, in my opinion — and so much tragedy, so much horror, really, and sadness. So many lives affected. It was overwhelming to try to grasp."

The high-profile trial finally ended, in early 1997, with nine death sentences for Wallace. The intensity of the experience was something Day didn't want to endure again.

"I knew that I would not be at the public defender's office for the rest of my life," she says. "It's one of those events where you know something has changed."

On a recent warm and sunny summer afternoon, Day is headed back from the Bahamas on her boat, trying to make it home to Wrightsville before hurricane season hits. She and her husband bought the boat in 2003 and eventually gave up on the notion of using it for vacations while still working in Charlotte. They've been living on board full time for the past three years.

Their travels have taken them through the Outer Banks, around both coasts of Florida, and down through the Keys. They've just finished pushing from one end of the Abacos to the other, fishing, swimming, and snorkeling along the way.

Day continues to keep in touch with some of her former clients, even Wallace, whose case she says she's still processing in her mind. But of her time as public defender, she says, sounding content: "It's in the past."