Grave Diggers Ball is one of Charlotte’s most popular, annual Halloween events, having entertained partygoers for more than a decade. It feature’s the city’s largest costume contest and brings in a top headlining act to perform. Taking over the stage this year, Saturday, October 27 at Dixie’s Tavern, will be chart-topping hip hop/pop star B.o.B.

And I’m giving away a pair of tickets here on Dusk Till Dawn that will get you a great spot up front to see B.o.B perform hits like “Nothin’ on You,” “Airplanes,” and “Magic”.

Here’s how the giveaway works.

More on Grave Diggers Ball
With B.o.B as the headlining act this year, Grave Diggers Ball continues its tradition of featuring national recording artists, which was OneRepublic last year, and past acts include Katy Perry, Bret Michaels, Run DMC, and Backstreet Boys. In addition to the Billboard-topping songs I listed above from B.o.B’s debut album, you can also expect him to perform songs from his current album, Strange Clouds, which boasts collaborations with Lil Wayne, Nicki Minaj, and Taylor Swift.

When Grave Diggers Ball, which is put on by Kiss 95.1 FM, takes over Dixie’s Tavern again this year, you’ll find hundreds of partiers dressed in Halloween costumes, and many of them will sign up to compete for $10,000 in cash and prizes and a new car from Keffer Hyundai—hence why it’s the largest costume contest in the city. Attendees can register for “Best Costume” and “Sexiest Costume” on-site at the Kiss 95.1 tent.

Grave Diggers Ball often draws a sold-out crowd, like you can see in the photo below from last year’s event. 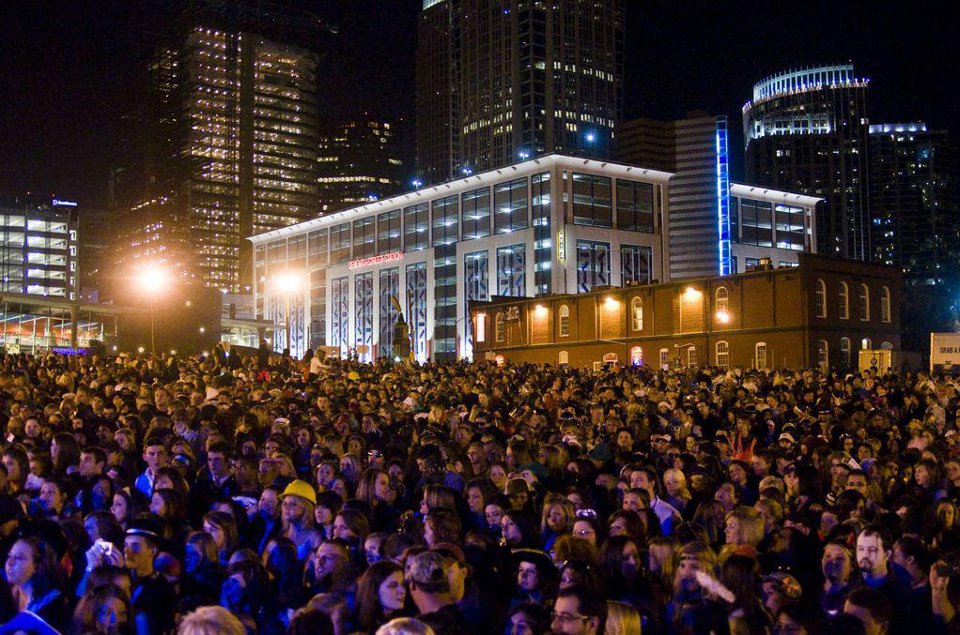 If you aren’t the lucky winner of the pair of tickets I’m giving away, you can also purchase them at Dixie's or online. General admission tickets are $20 in advance ($25 the day of the show); Front Stage VIP tickets are $60, which guarantees a spot in the VIP viewing area in front of the stage; and VIP Club tickets are $80 and include complimentary beer, liquor, and food. Click here to purchase tickets. Also, your wristband from the event grants you free admission that night to parties at EpiCentre hotspots BlackFinn, StrikeCity, Suite, and Whisky River.