New data shows the most popular places for runners in Charlotte, along with something else

When I actually do muster up the gumption to walk out the door and go for a jog, I use an app called RunKeeper. It uses GPS to keep track of my route, speed, time and pace, and then saves that data so I can keep track of where I run, how many calories I'm burning, and if I'm making any progress week-to-week.

RunKeeper operates a bit like a social network, which means people can make their data and their routes public. A website called flowingdata.com took that RunKeeper data from a whole host of runners in Charlotte (and others cities) and plotted it on a map. The darkest routes are the running routes used most often: 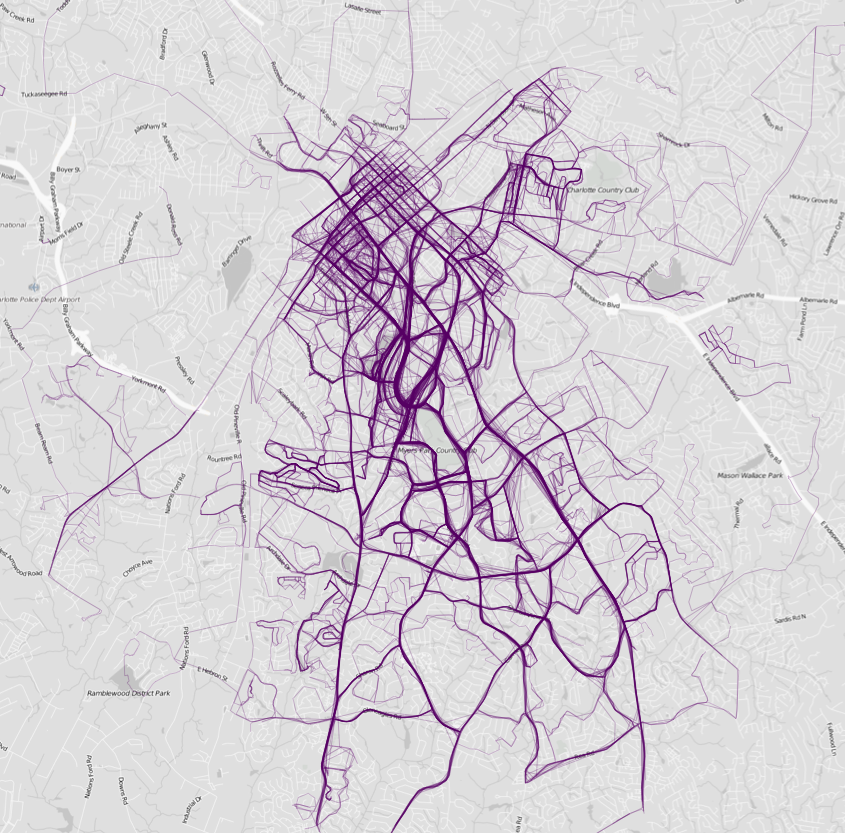 You can see the most popular spots for running in Charlotte: Uptown, Dilworth, Myers Park, Central Avenue and Plaza Midwood. The most purpley parts are mostly located in The Wedge, a triangle that starts at uptown and heads downward to encompass SouthPark and South Charlotte. The area tends to have some uniting characteristics, the most stereotypical being wealth and Republican voters. But according to this, it also seems to have a pretty good concentration of runners as well.

Of course, what's quite apparent is a lack of runners in places that are not The Wedge. So it's easy to see, and the folks at WaPo's KnowMore blog have already beaten me to the punch, that maps showing where people run also happen to be maps showing the divide between the rich and poor. Yes, I know, it's possible that people outside The Wedge don't use RunKeeper as much, and maybe people from other neighborhoods like to go run on the Booty Loop. I do. It's prettier than running down, say, Nations Ford Road. According to this map, it may as well be paved with tacks.

What else do you see here? What makes sense? What doesn't? Tweet at me or email me at jeremy.markovich@gmail.com, and I'll try and compile some of the responses here later.

Some of you noticed that the map from flowingdata.com is not wide enough to show the University Area or Pineville. Scott Lundgren pointed me to the website for Garmin Connect, a device that also tracks runners via GPS. It has an interactive heat map of where people are running and bicycling, and, when you zoom out, shows a lot of activity on the greenways: 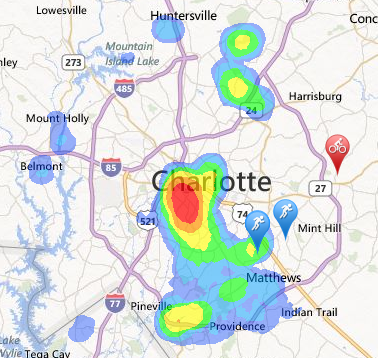 You can see McAlpine Creek Park, McMullen Creek and Four Mile Creek Greenways in heavy usage, along with the Mallard Creek and Clark's Creek Greenways in University City. There's also a lot of runners using streets in Highland Creek. The heaviest usage here is centered on the Little Sugar Creek Greenway at East Boulevard, which is ground zero for joggers, it seems.

It's also possible to overlay the above maps with another map sent to me by Andrew Bowen, the research director at the Charlotte Chamber (Note: He is bearded and tall and, despite his note in the map, not lazy). The one below shows residential value by square foot, the darker the blue, the more expensive it is. No surprise– it syncs up with the running map: 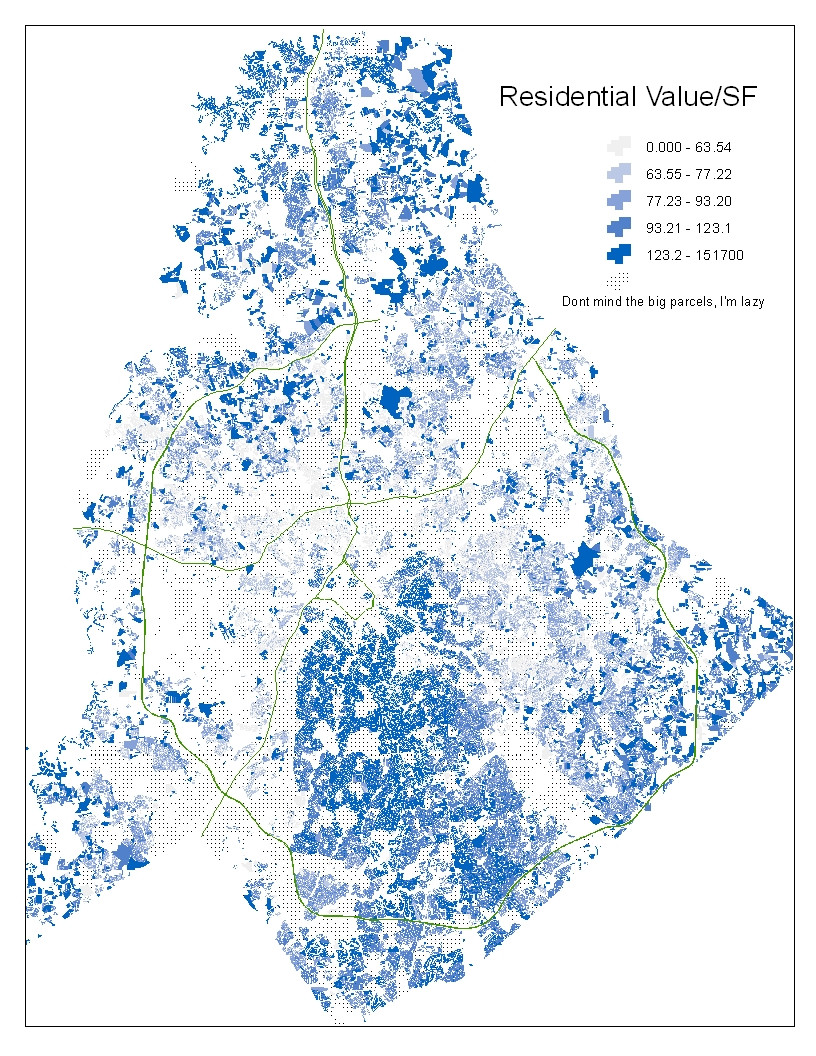 Some of you asked whether it was possible to overlay a map of Charlotte's sidewalks with the above map. If you can find one, I'll try. But as we all know, Charlotte's sidewalks start and stop where they please, something I addressed in my last column. Virginia Brown pointed out the Mecklenburg County Quality of Life Dashboard, which breaks down the amount of sidewalks and tree cover by neighborhood. At first glance, the areas with the most sidewalks tend to be uptown and the areas immediately surrounding it, which are also the hottest places for runners. I don't see much correlation to tree cover, which tends to be pretty evely generous across most of the city, which if you know if you've ever walked outside in the springtime.

Finally, Ann Woo pointed to me to an episode of a PBS show called "In Sickness and in Wealth," which explores the correlation between sickness and poverty. I haven't watched it, but it sounds like I should.

Categories: The Buzz, Way Out