It's been a staple for more than 50 years 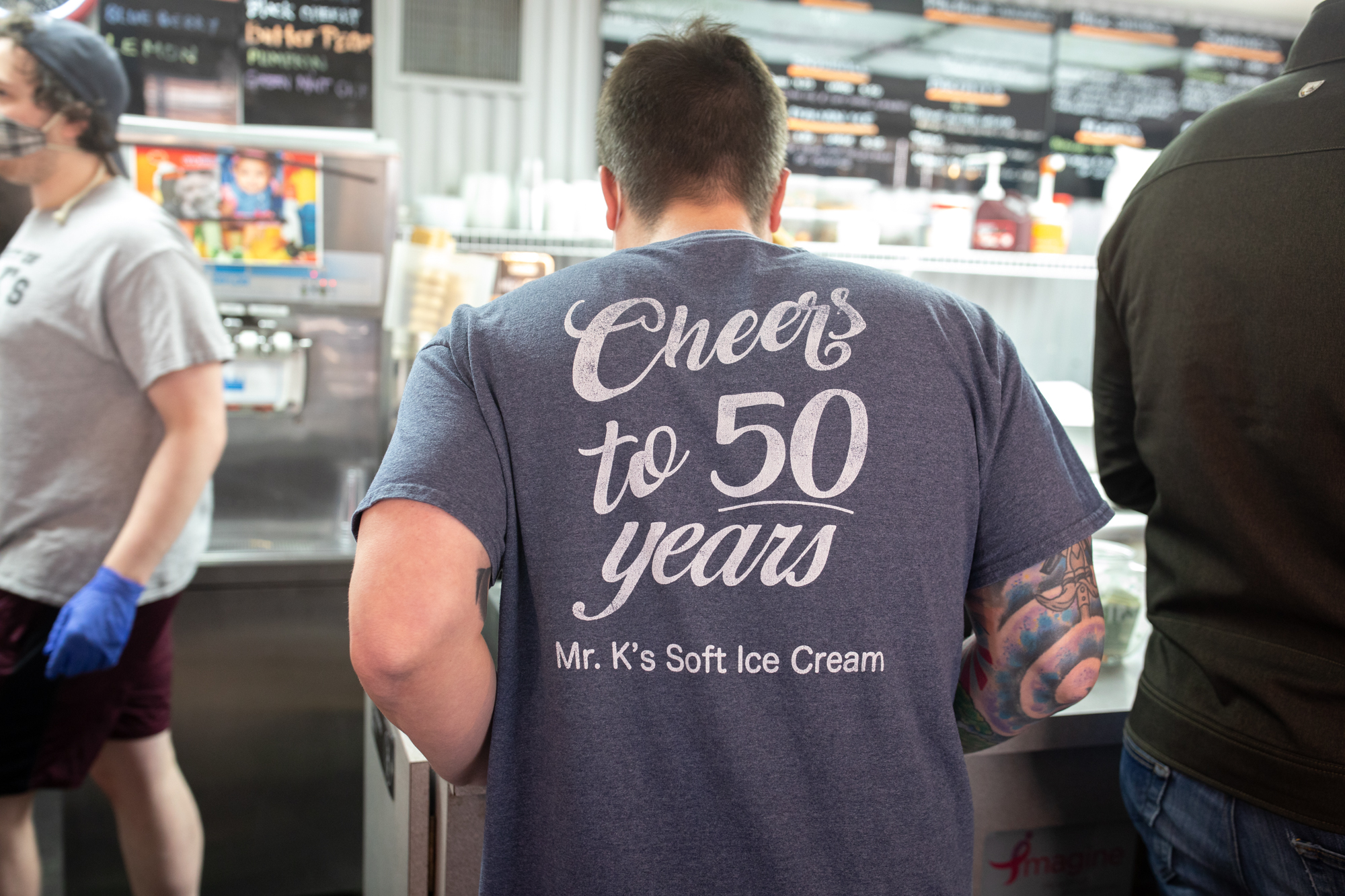 For more than 50 years, Mr. K’s Soft Ice Cream has served hamburgers, soft-serve ice cream, and more in Charlotte’s South End. Today, it closes its doors at 5 p.m., says owner George Dizes, who recently put up the business for sale. A new owner is currently under contract, but there’s no guarantee the same Mr. K’s will return. Photographer Logan Cyrus captured the droves of Charlotteans who visited today to show support and grab one last cone.

Read Adam Rhew’s 2017 essay, “Milkshakes and Memories at Mr. K’s,” here. The spot is also a longtime staple of our “Best Burgers” list. 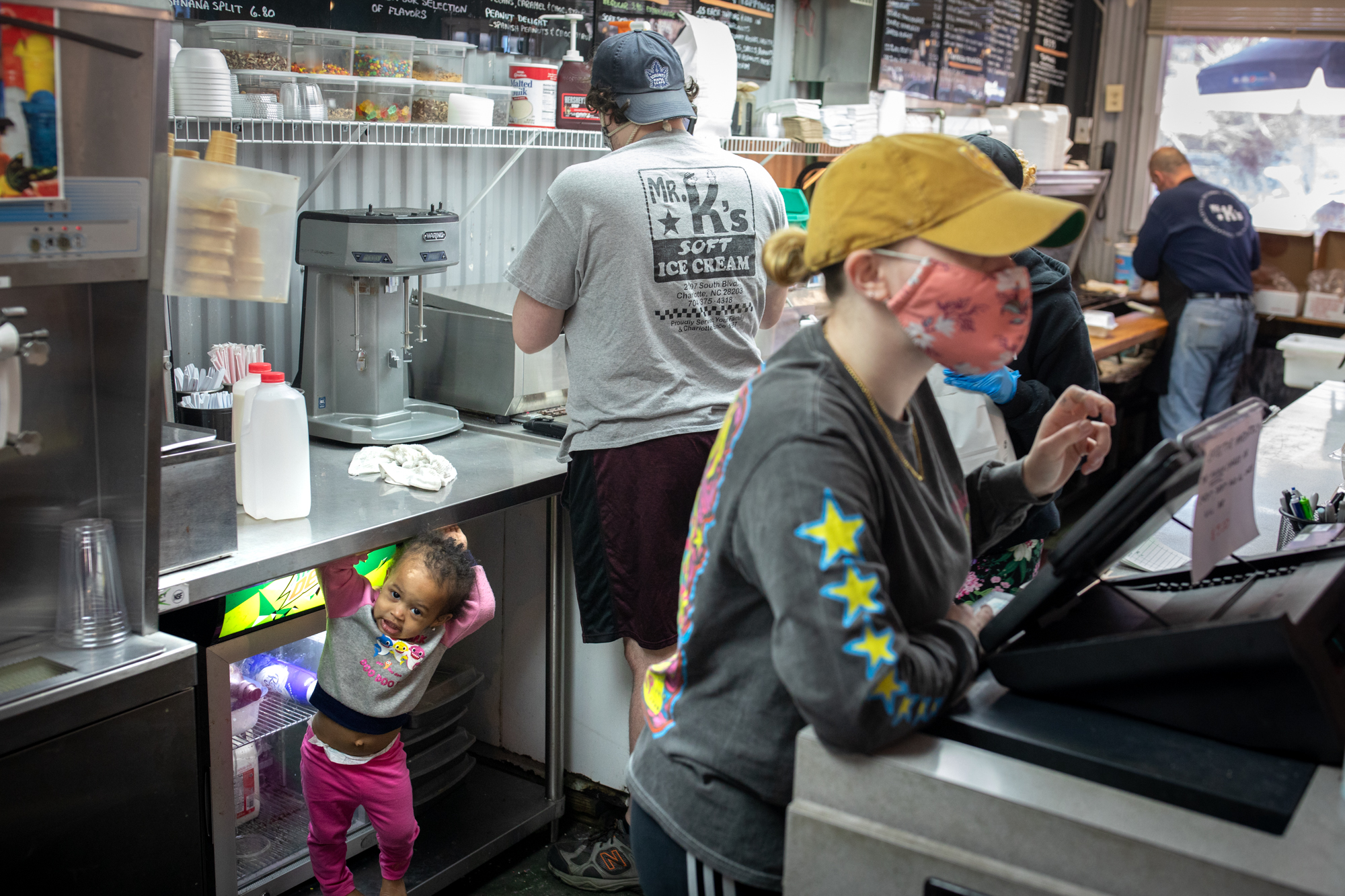 Mr. K’s is the kind of place where you can bring your children to work. 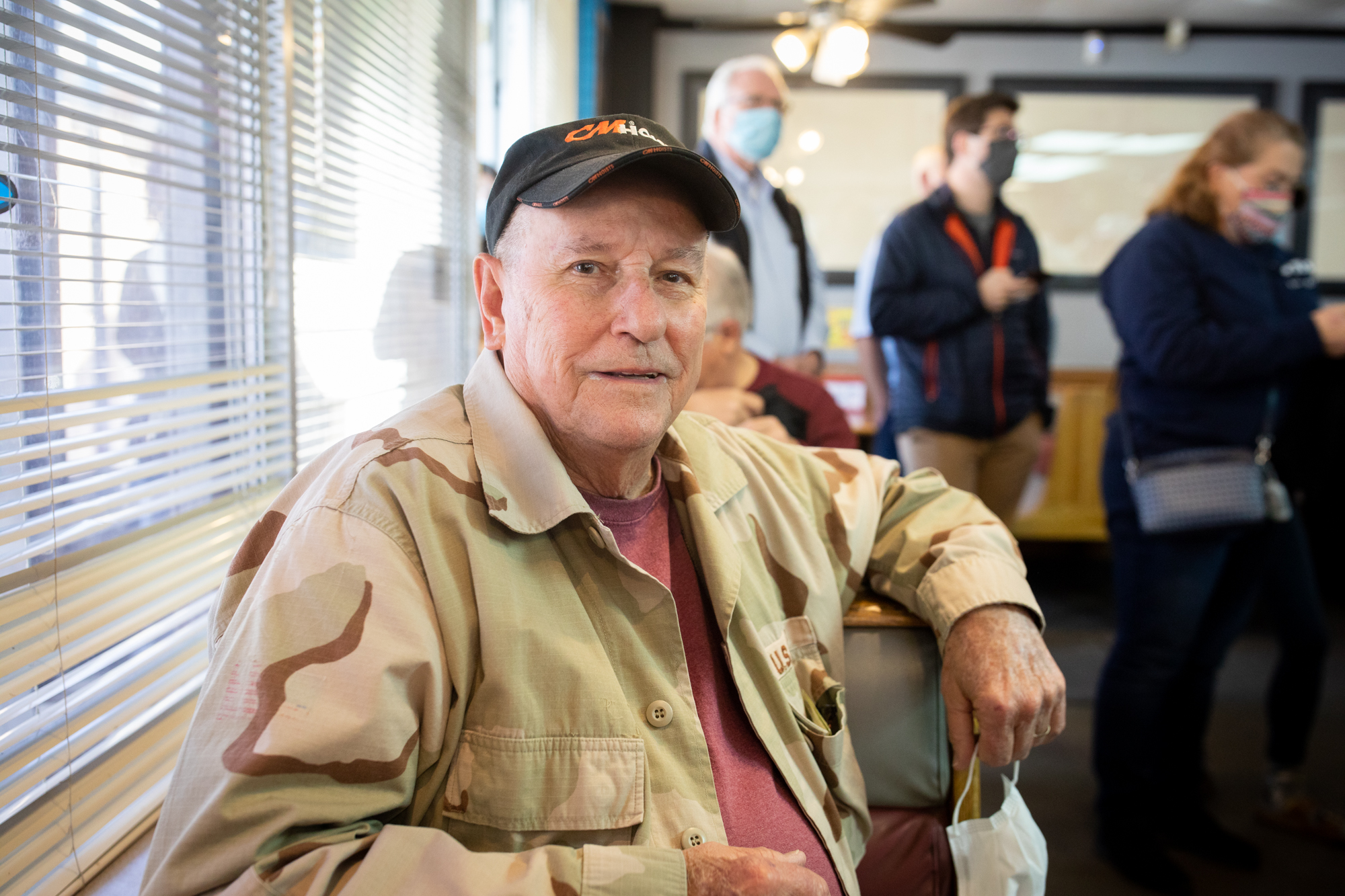 Longtime Charlotte resident Bill Caldwell, who recently became fully vaccinated for COVID-19, poses inside Mr. K’s while he waits for his cheeseburger. 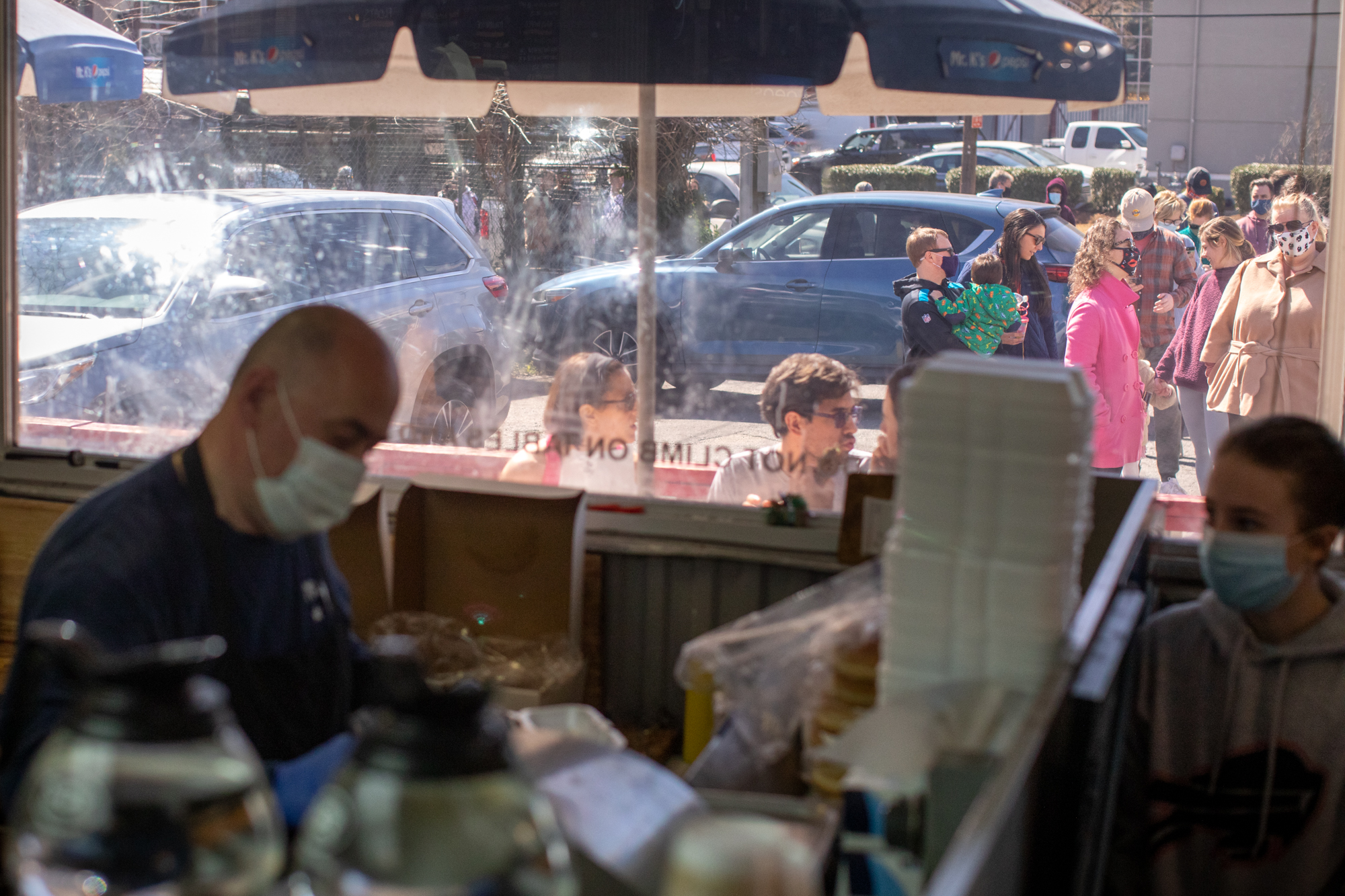 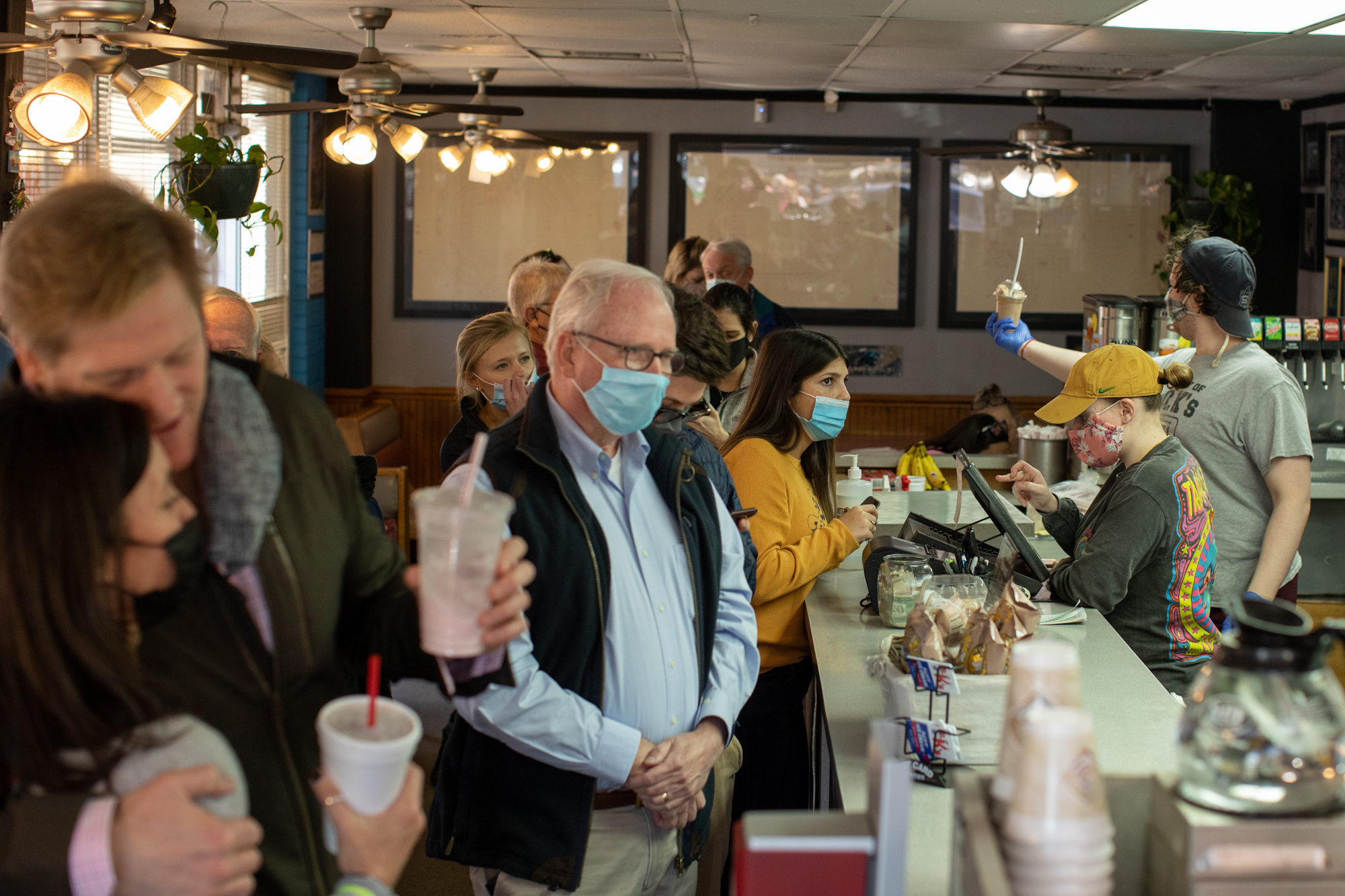 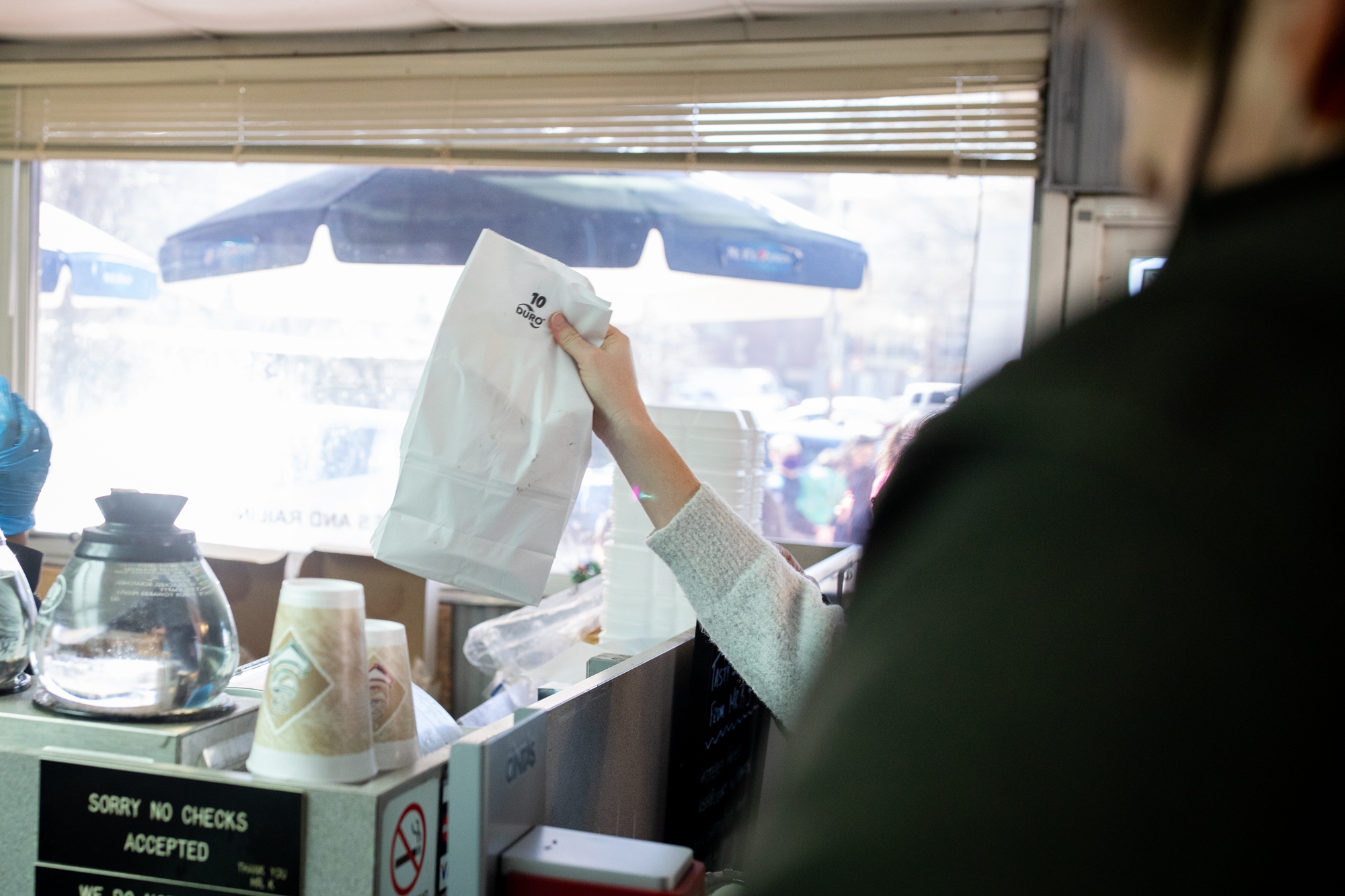 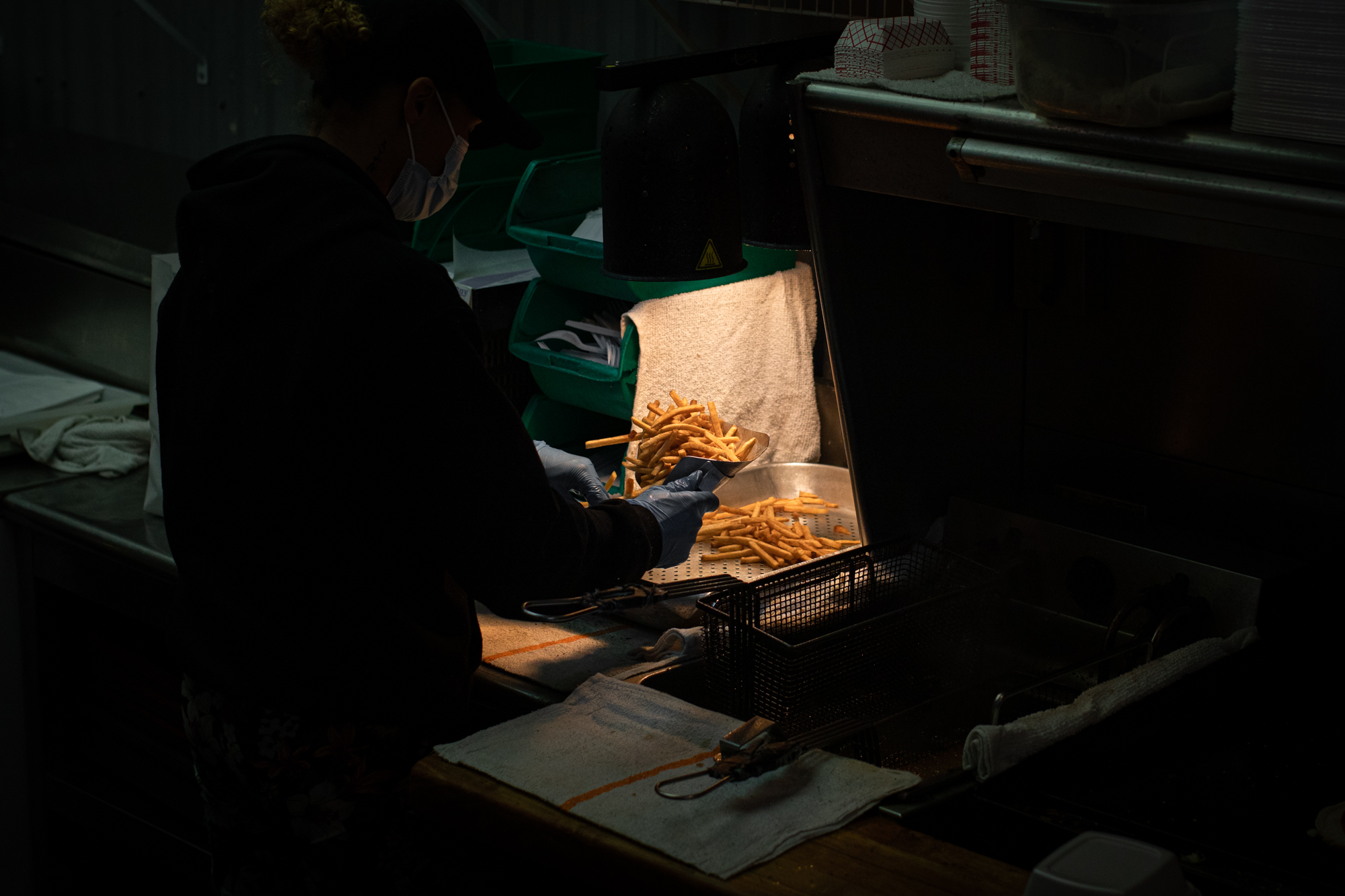 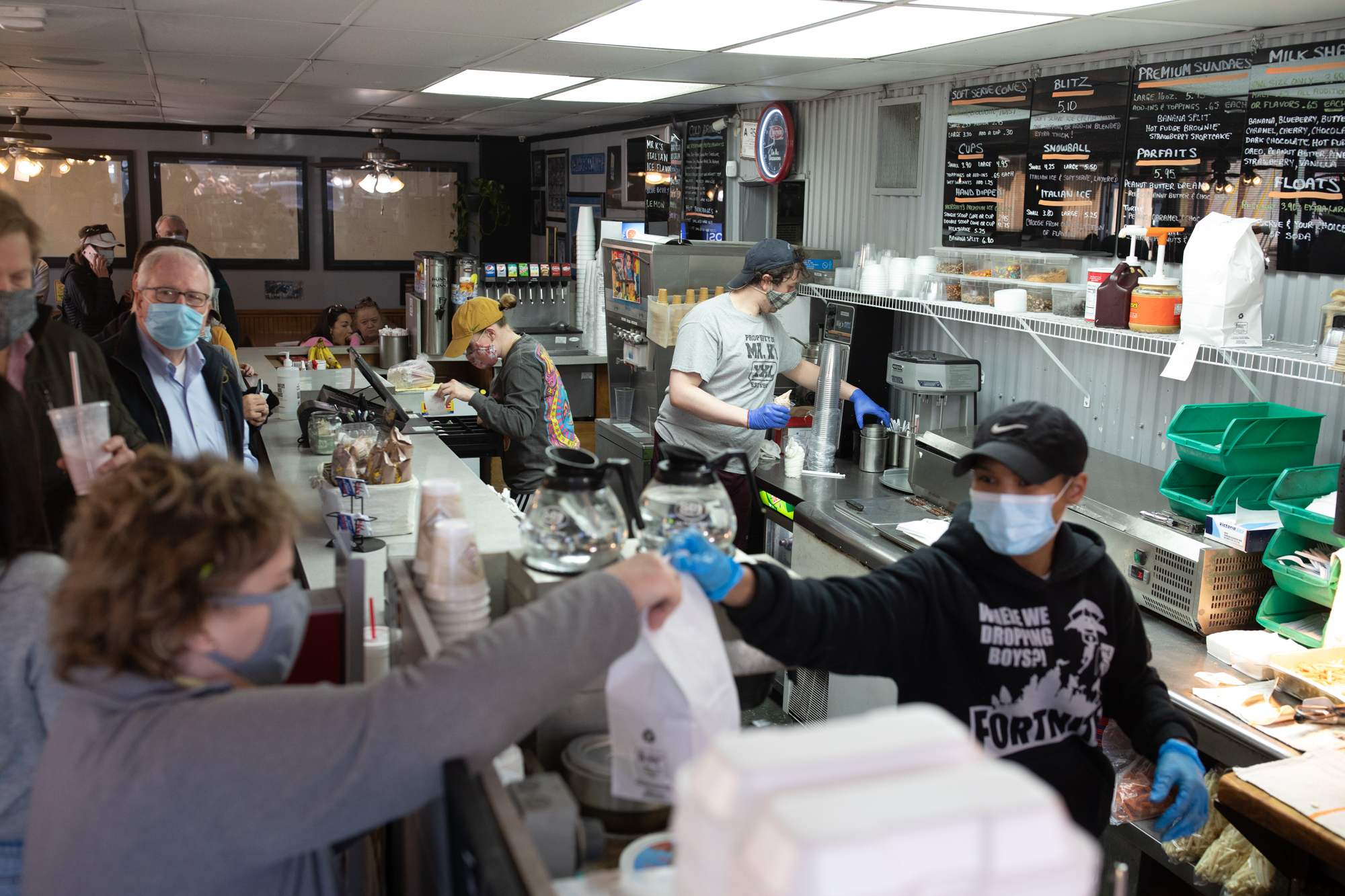 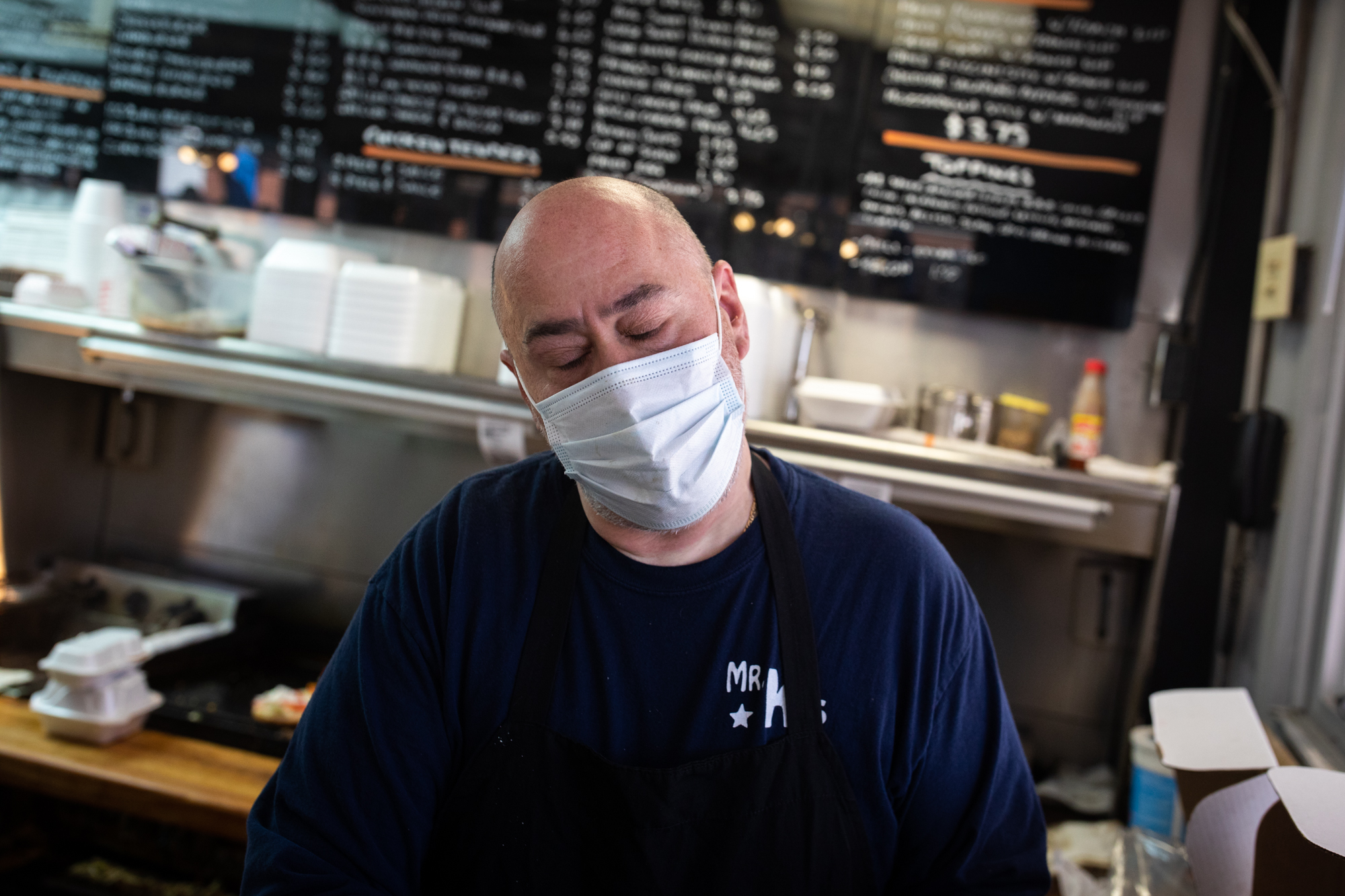 George Dizes, the proprietor of Mr. K’s, says goodbye and thank you to a long time customer on the last day the shop is open under his management. 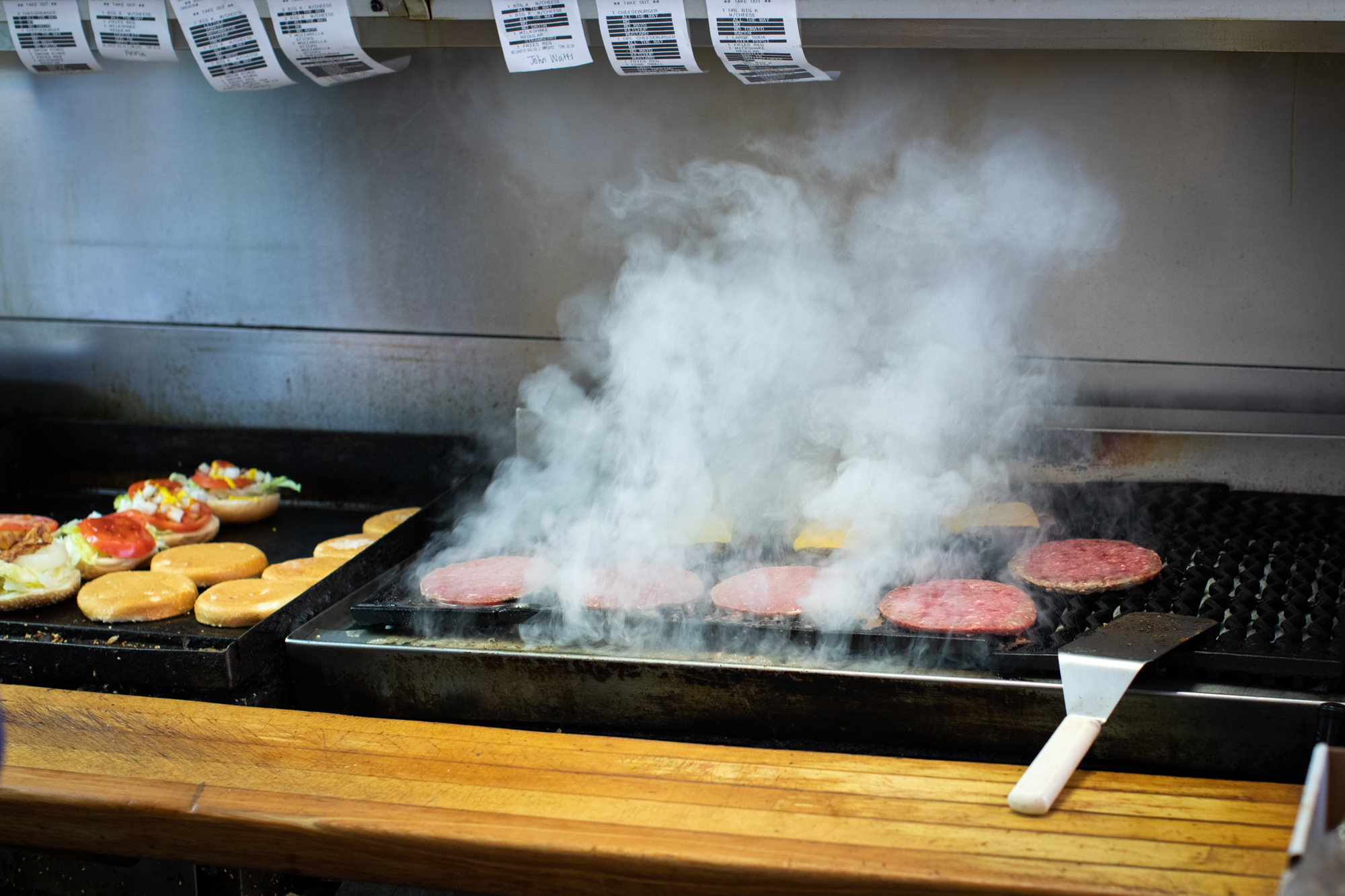 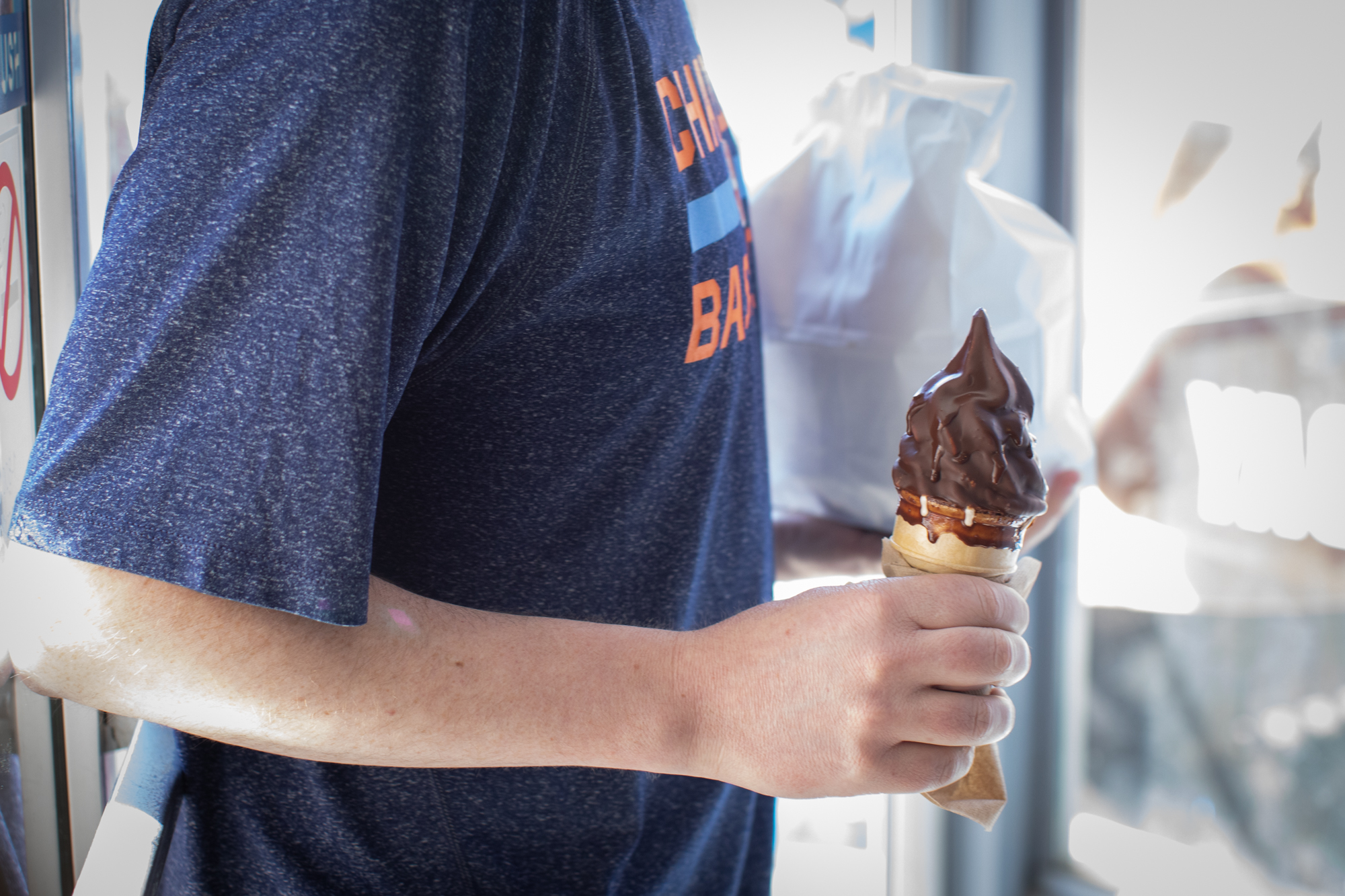 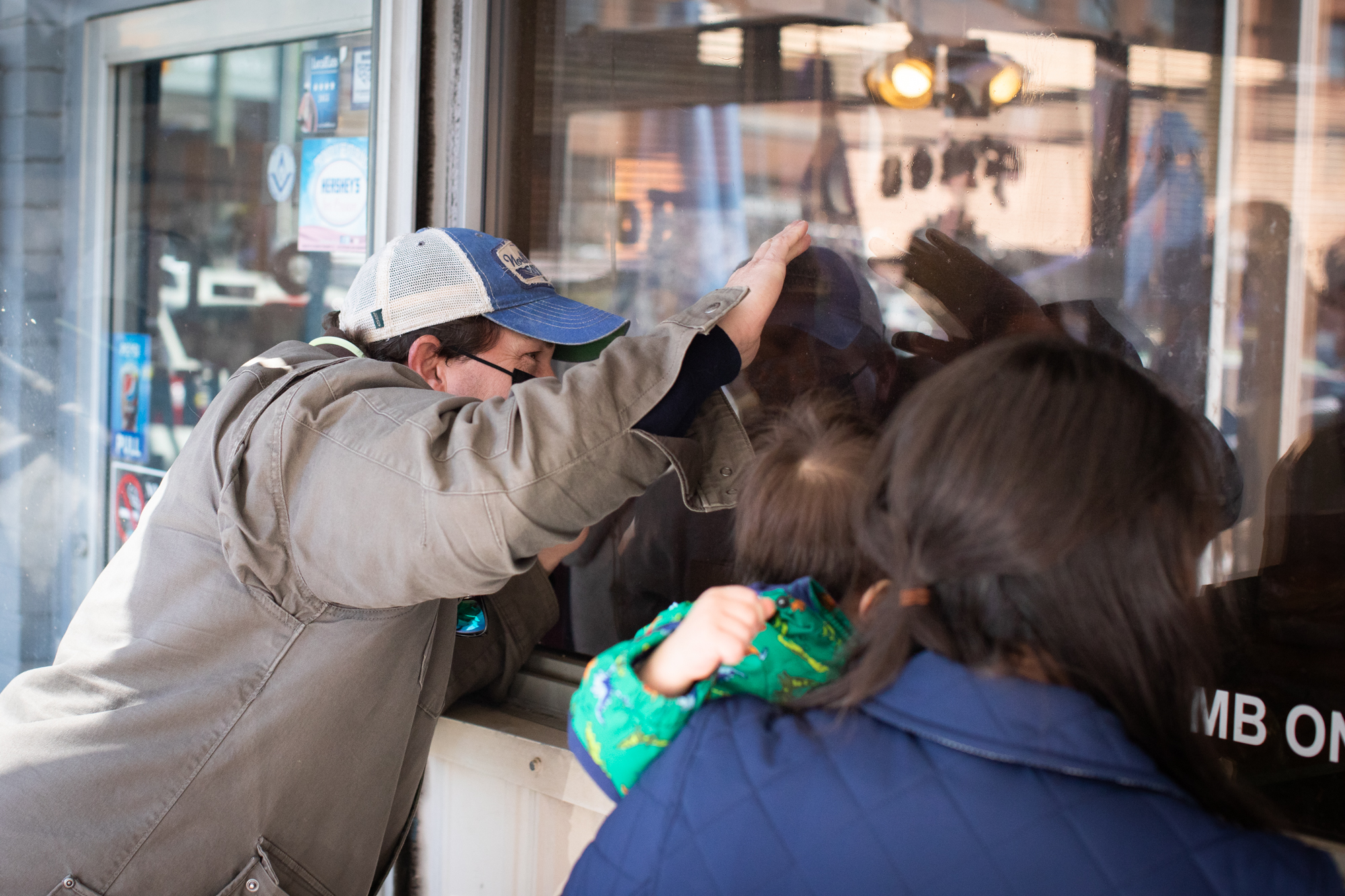 A man waves goodbye to Dizes. 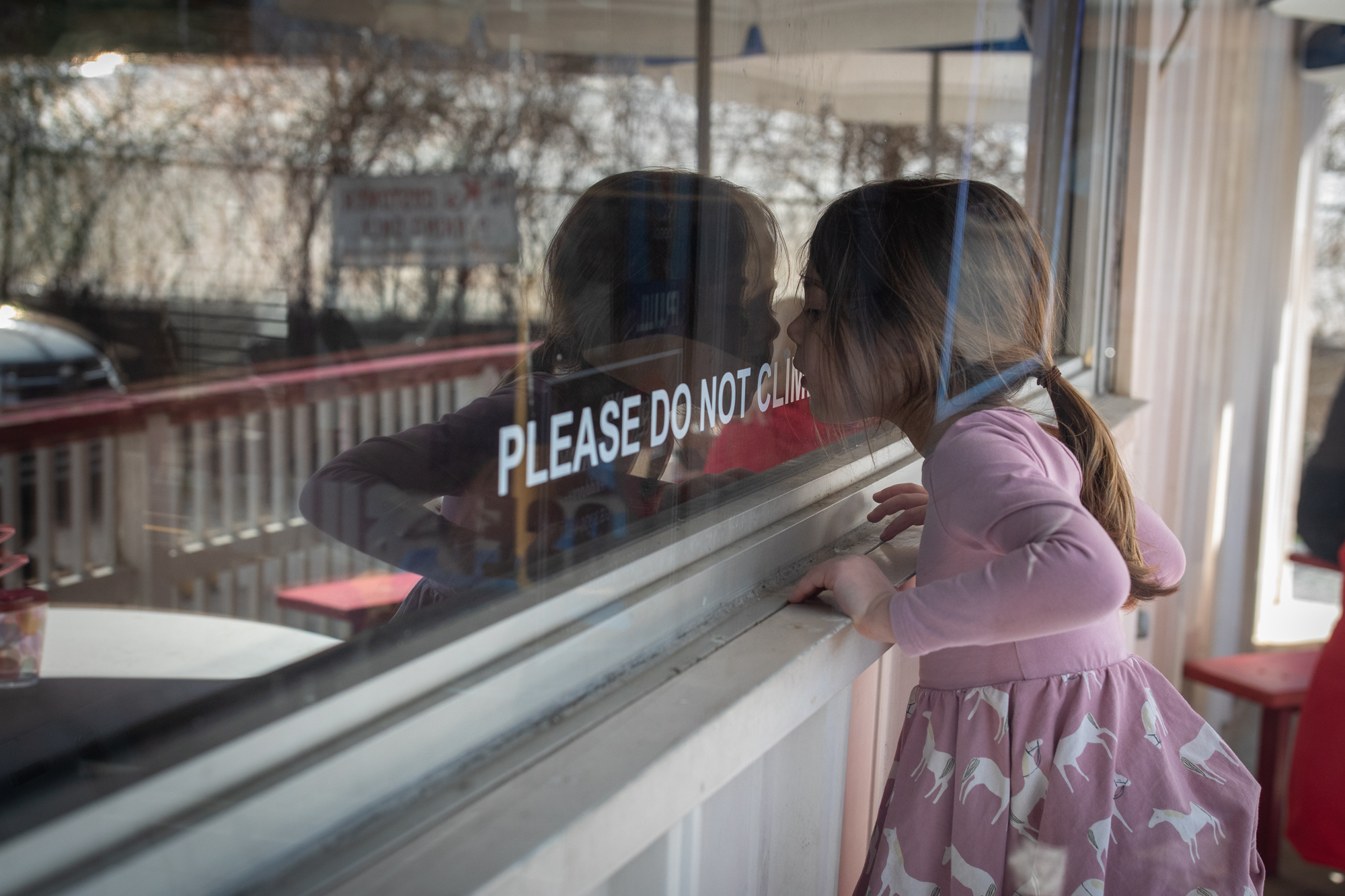 Young Charlottean Lillian Faatz peeks through the windows of Mr. K’s to watch George Dizes cook while her mother stands by. 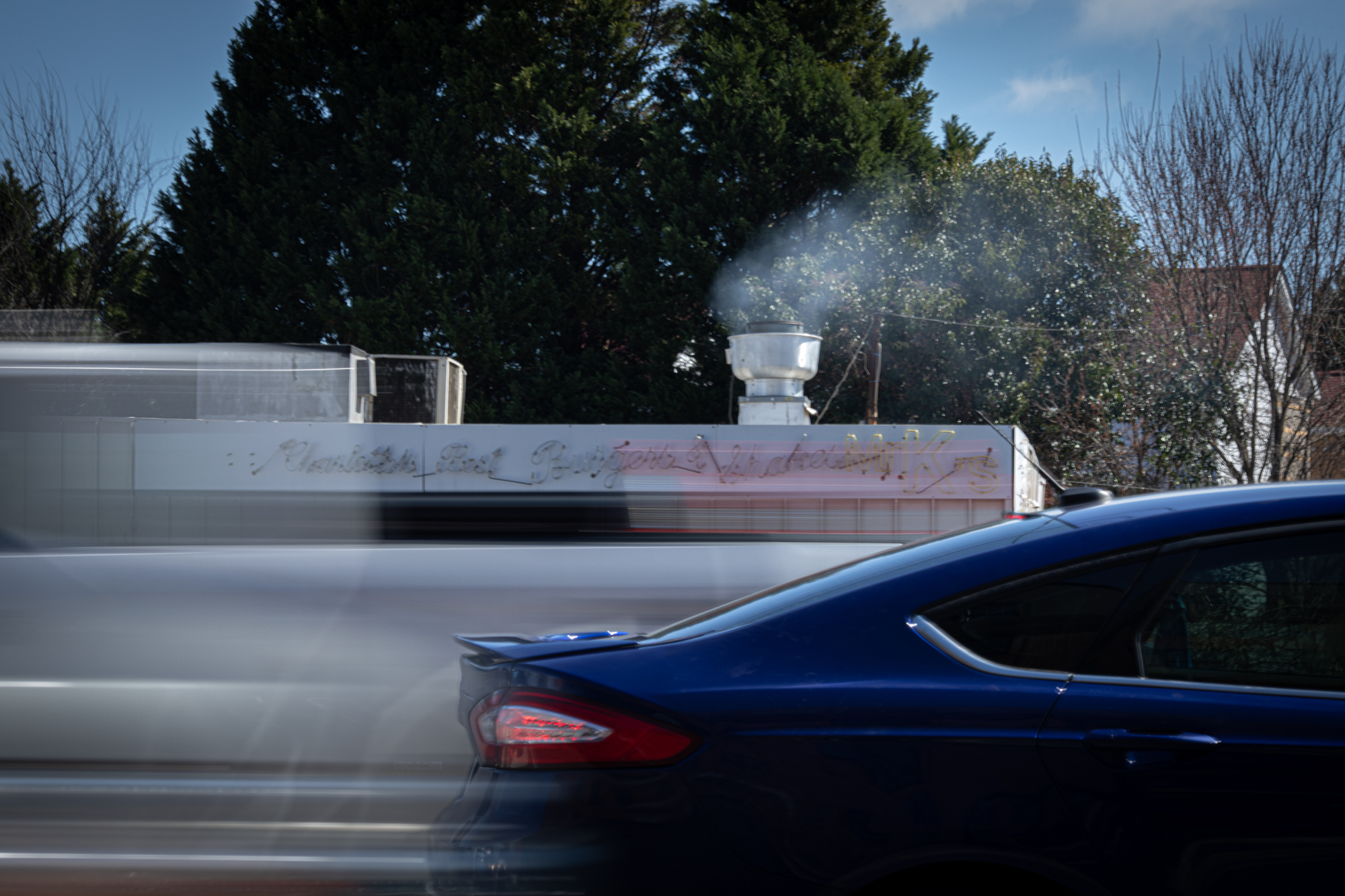 Smoke from burgers on the grill fills the air one last time at the current Mr. K’s. 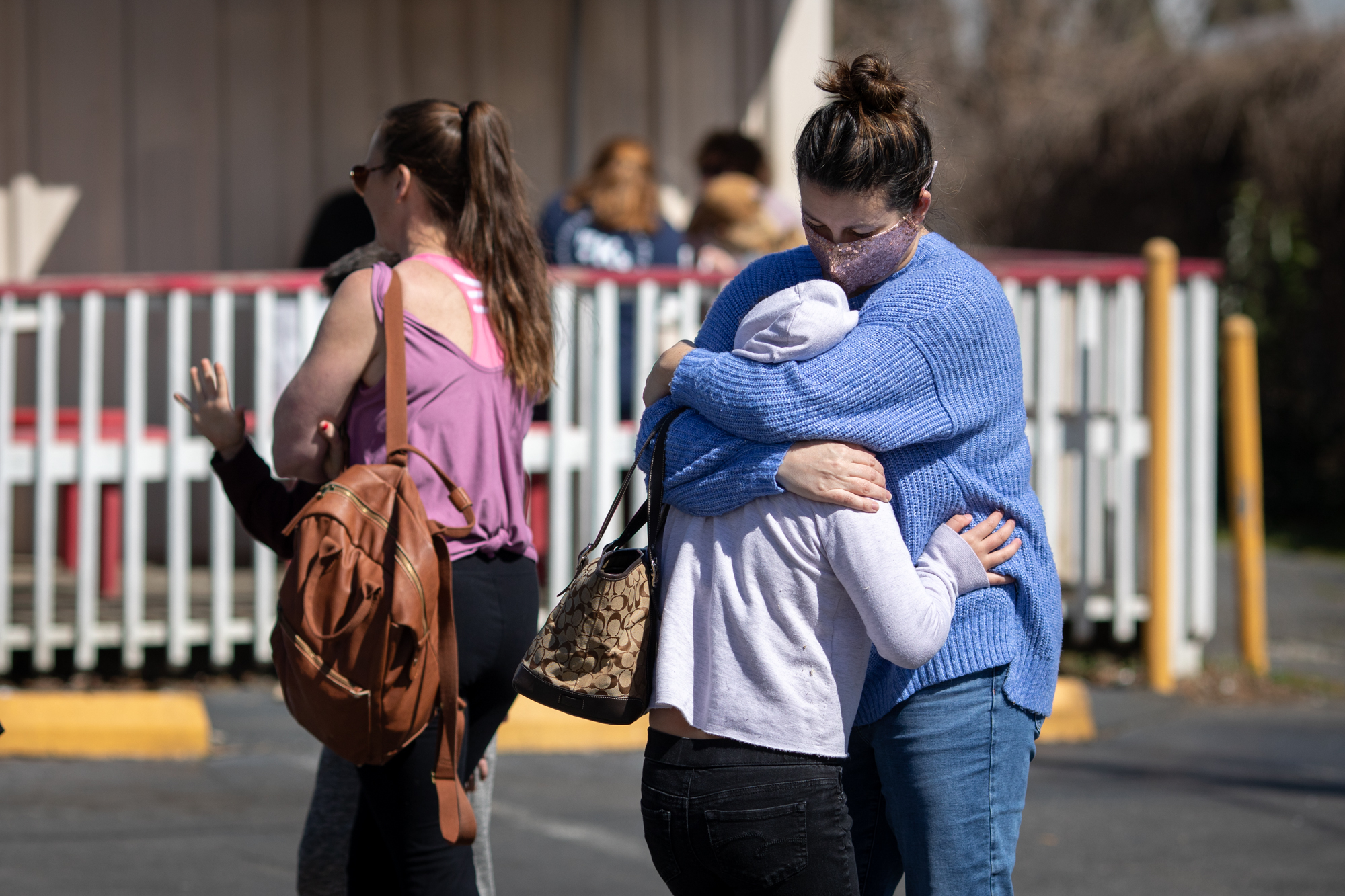 Tyler Craig stands in line with her daughter, Elynn, to place one last order. Tyler says her usual is a banana split, but today she’s going to order a little bit of everything. 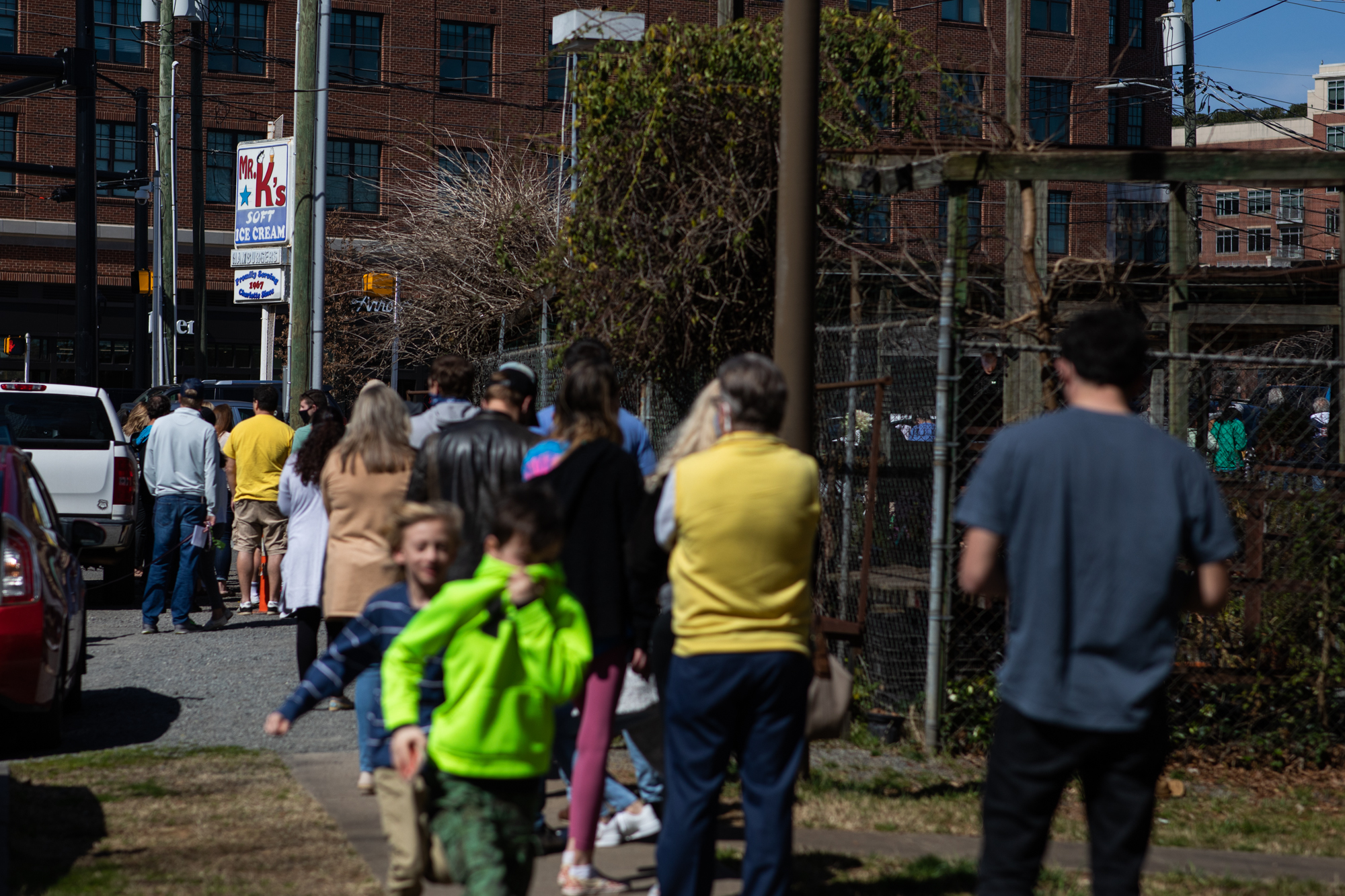 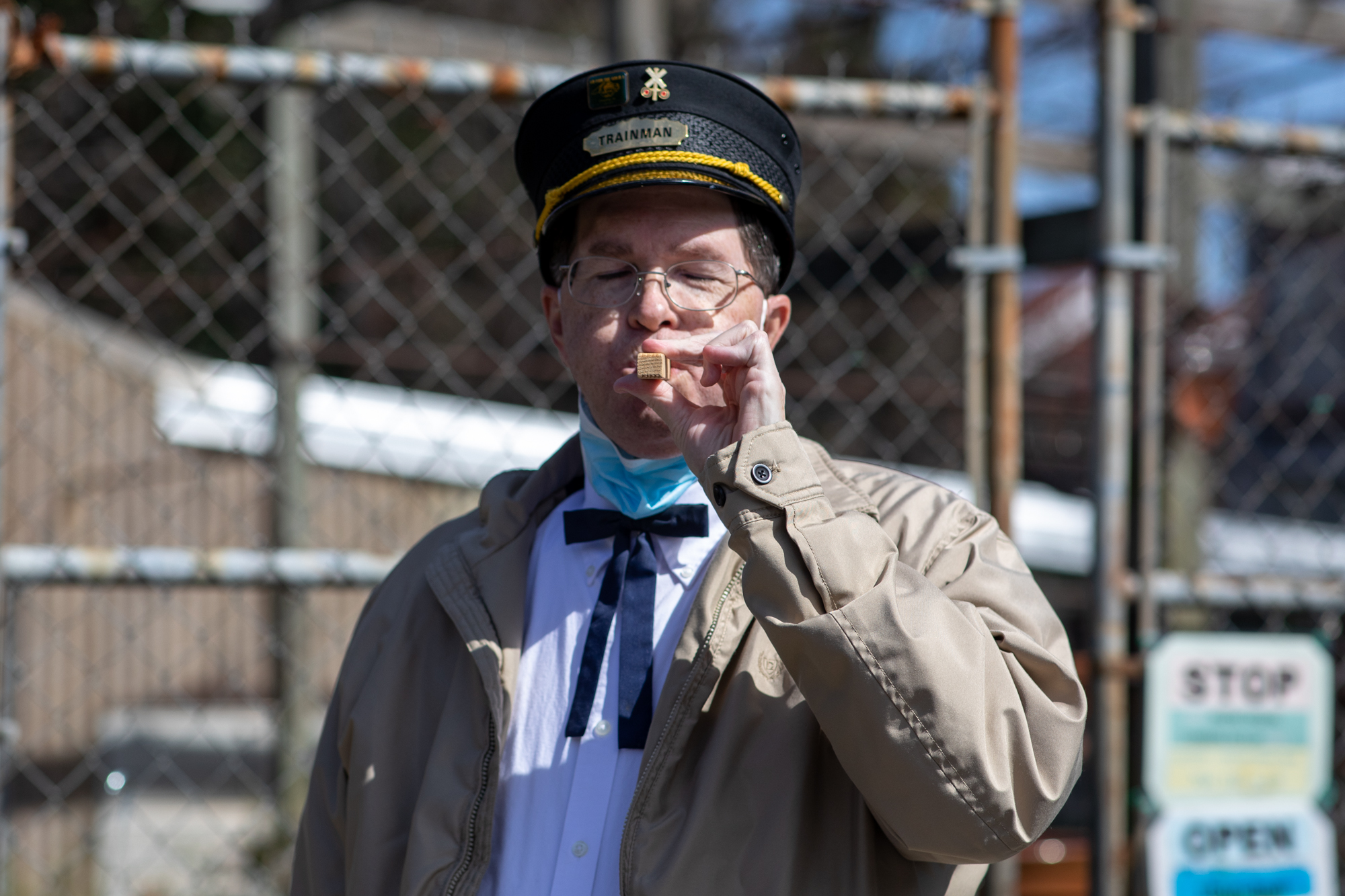 David Belk, who was one of the trolley conductors that passed by Mr. K’s each day on a tour through Charlotte, blows his train whistle as he stands in line to order one last time. He said his go-to is a hamburger, small fry, and a chocolate milkshake. 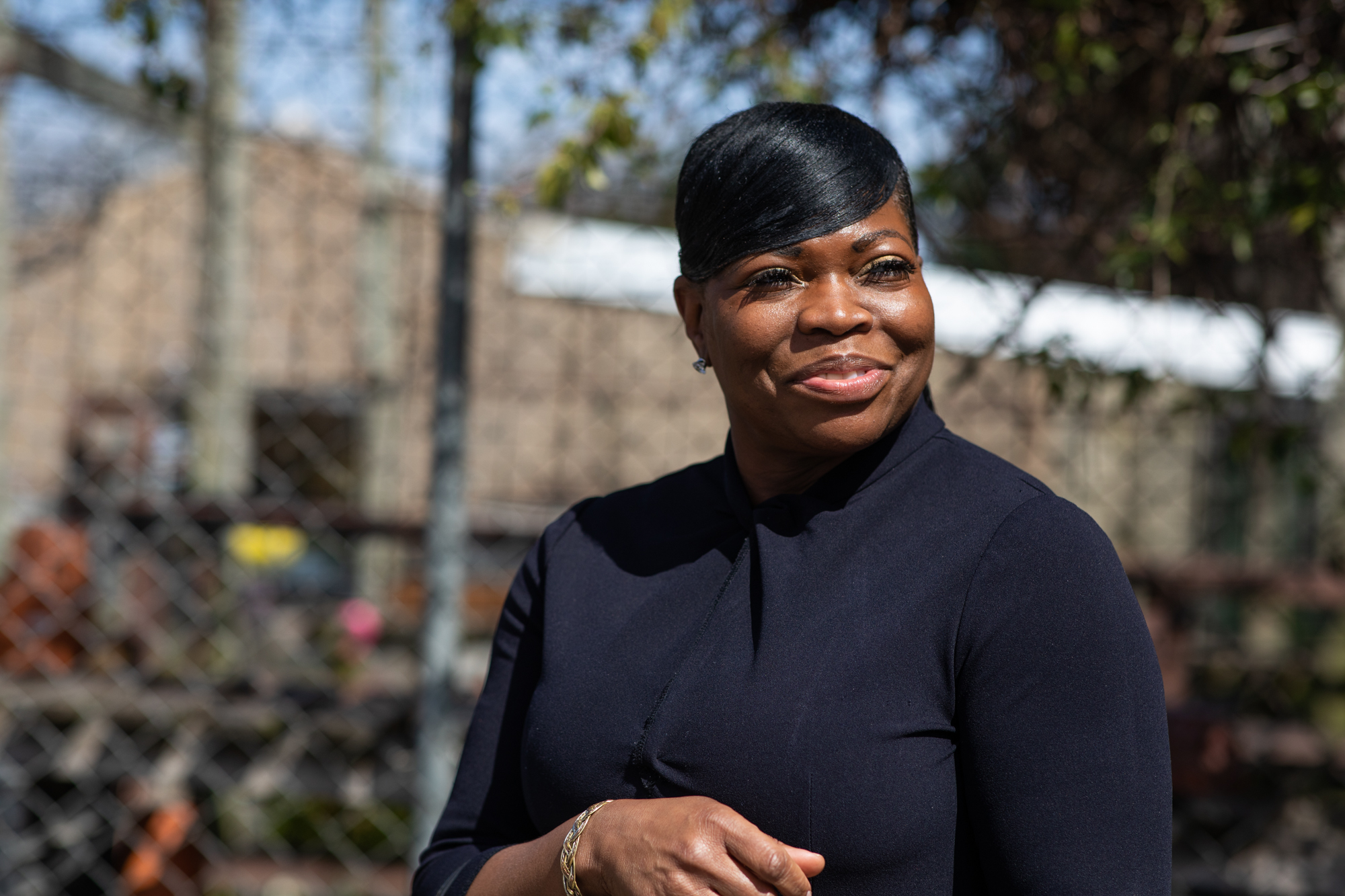 Rosh’a Walker looks at her 32 years going to Mr. K’s with her husband fondly. She says she’ll miss it but is happy she had the opportunity to make the memories. 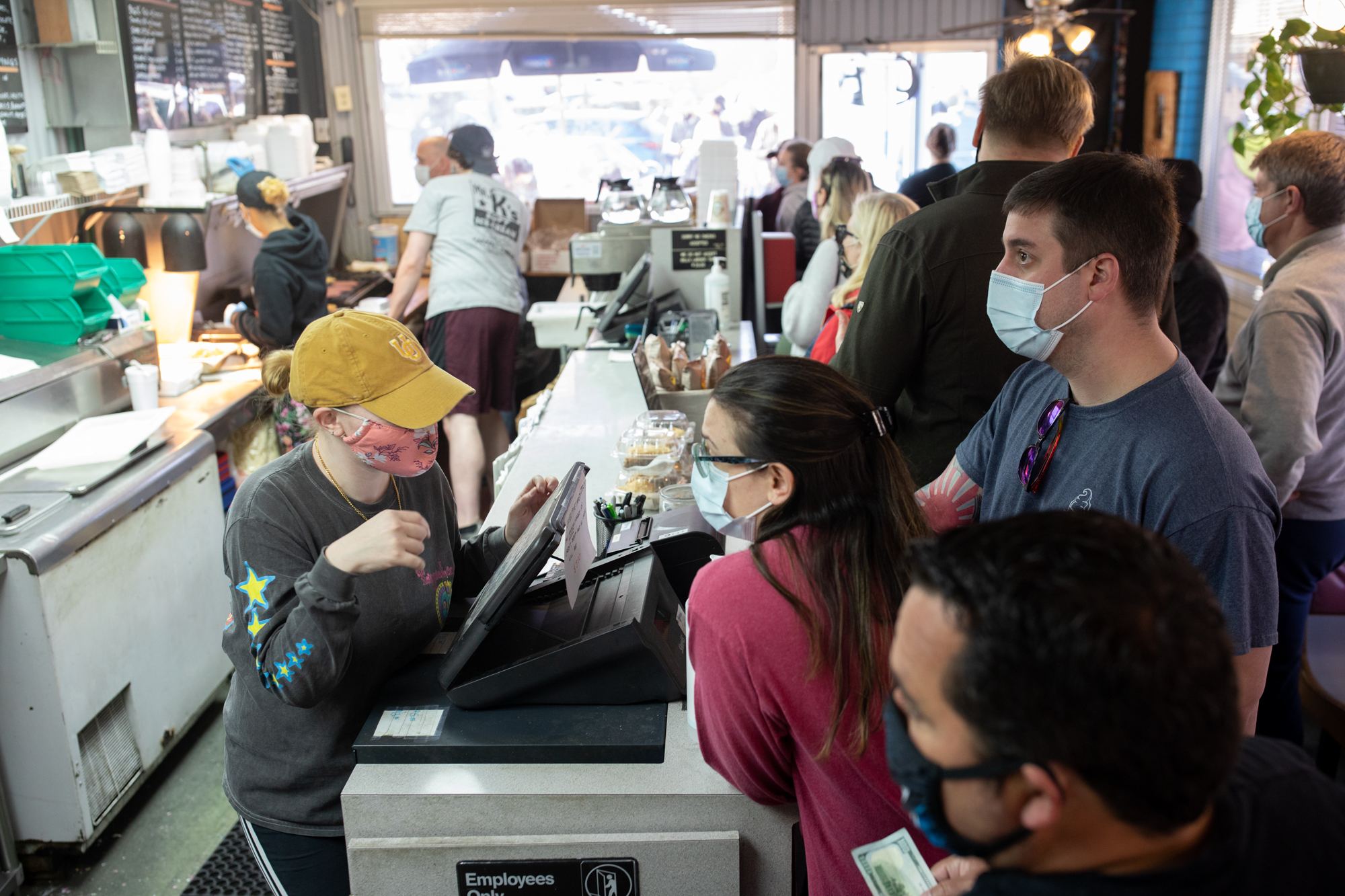 Michael Chapman (right blue mask), who grew up going to Mr. K’s waits in line with his wife, Michelle (center) and their from Matt Perkins (bottom right) Michael ordered his usual Bacon cheeseburger all the way with a butterfinger shake. Michael used to work at a pizza shop across the street called Rudino’s. He recalls historic trolley stops in front of his shop and Mr. K’s shortly after South End rebranded as a historic district.