Wednesday's a pretty big day for this guy. >>> 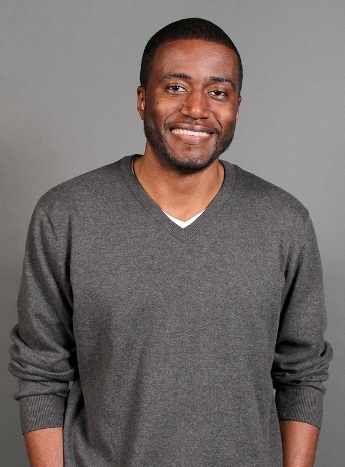 You know Jarvis Holliday, and if you don't, you know someone just like him, the kind of guy who fits the women-want-to-be-with-him, men-want-to-be-him type. He's also our most popular blogger, dishing out ideas for things to do every weekend in Charlotte on Dusk Till Dawn. We recently surveyed Jarvis's readers, and the results showed what we expected: They're of all ages, all walks of life, and they all share something universal—a need to let loose every now and then.

When you're with Jarvis, he can make you feel like every day is a big day.

But tomorrow's special. From 5:30 to 7:30 at Sullivan's Steakhouse, we're launching our Dusk Till Dawn Social Series. It's sort of somewhat maybe like a happy hour, even though we're not allowed to utter the words "happy hour," and you shouldn't either, at least not in the company of North Carolina law enforcement. For this event that is definitely not a happy hour, we're hoping to improve Charlotte's after-work scene, offering the chance to mix and mingle, enjoy appetizers and cocktails, and win prizes. It's Dusk Till Dawn coming to life.

That's not all for Jarvis tomorrow. In the morning, we'll release the online version of a story that's already made its way into subscribers' mailboxes in our print magazine. It's Jarvis's first long feature story for us in years—on Dale Earnhardt Jr. and his upcoming 40th birthday. We're proud of this one. Jarvis first pitched it to me over barbecue at Sauceman's in early July. I loved the idea, but because he hadn't done any reporting, I told him to work on it a bit first. Jarvis poked around for a few weeks and outlined what he proposed to do. I liked the proposal, and told him to keep going. But in late July, he emailed to say he didn't think he could land an interview with Dale Jr.

I did something then that I've never done before: I asked him if he thought I should float his idea to other writers in the area, people who've built more contacts in NASCAR and might have an easier time getting in touch with the sport's most famous driver. Jarvis replied with an impassioned email, and he ended it with, "I know I can tell this story. Let's get 'er done!" A few days later, of course, Jarvis landed the interview. Throughout the story, Junior gives thoughtful insights on growing up and aging and shedding his image as a party boy. "You learn, as you go through the whole process, how to structure your life better," Junior says in the story. "You get a little smarter about what your priorities are."

I first read that quote one day in August, about an hour before Jarvis visited the office to meet about the Dusk Till Dawn Social Series. Rick Thurmond, our publisher, and Casey Wilson, our marketing and audience development director, were there. As Jarvis sat in that meeting and made us all laugh and smile like he does with everybody he encounters, he said something poignant, almost under his breath: "I don't want to just be known as the guy who blogs about nightlife."

Tomorrow, you'll see, Jarvis Holliday is about much more than that.