Fresh off celebrating its seventh anniversary, NoDa Brewing is continuing to expand its footprint and reach.

Last week, NoDa’s taproom at Charlotte Douglas International Airport officially opened to the estimated 122,000 people who pass through daily. Charlotte Douglas ranks in the top 10 yearly for busiest airports in the country, so when HMSHost, the global restaurateur that provides many of the travel dining options for the airport reached out to NoDa to gauge interest, it was a perfect fit.

“We’ve had a great relationship at the airport, with us being in 15 bars and restaurants and selling very well,” NoDa Brewing co-owner Suzie Ford says. “When HMSHost approached us and inquired about opening a taproom, we immediately answered that of course we were. The partnership between us has been outstanding throughout the whole process of getting the airport taproom open.

The taproom is located in Concourse A and features 11 NoDa beers on tap, along with a number of 4-pack cans to go. As Ford notes, it compares to a slimmed-down version of NoDa’s brewery and taproom.

“The concept is really neat because (HMS Host) wanted to bring what we have here to the airport,” she adds. “And I loved that because obviously not everyone can get to the taproom and brewery to go on a tour to see what we have.”

NoDa joins Olde Mecklenburg as the second local brewery to have a presence at the airport, as OMB’s Captain Jack’s Tavern opened in June.

On tap you’ll always find NoDa’s staples such as the award-winning Hop Drop ‘n Roll, Jam Session, Coco Loco and CAVU. But the brewery is also committed to having seasonals and small batches (this goes for cans too) at the airport taproom as well. Last week’s opening saw Gordgeous, Roaring Riot and Hop Experiment on draft, as well as a specially-created beer for the new taproom, Layover Lager.

Along with the beer, NoDa’s space has a full-service taproom complete with food. Menu items include salads, sandwiches, pizza and tacos, along with breakfast options for the early travelers.

“It’s an amazing food lineup; this is not your typical boring airport food,” Ford says. “I love the menu; it’s different than what you see at any other airport where you don’t go to a restaurant.” 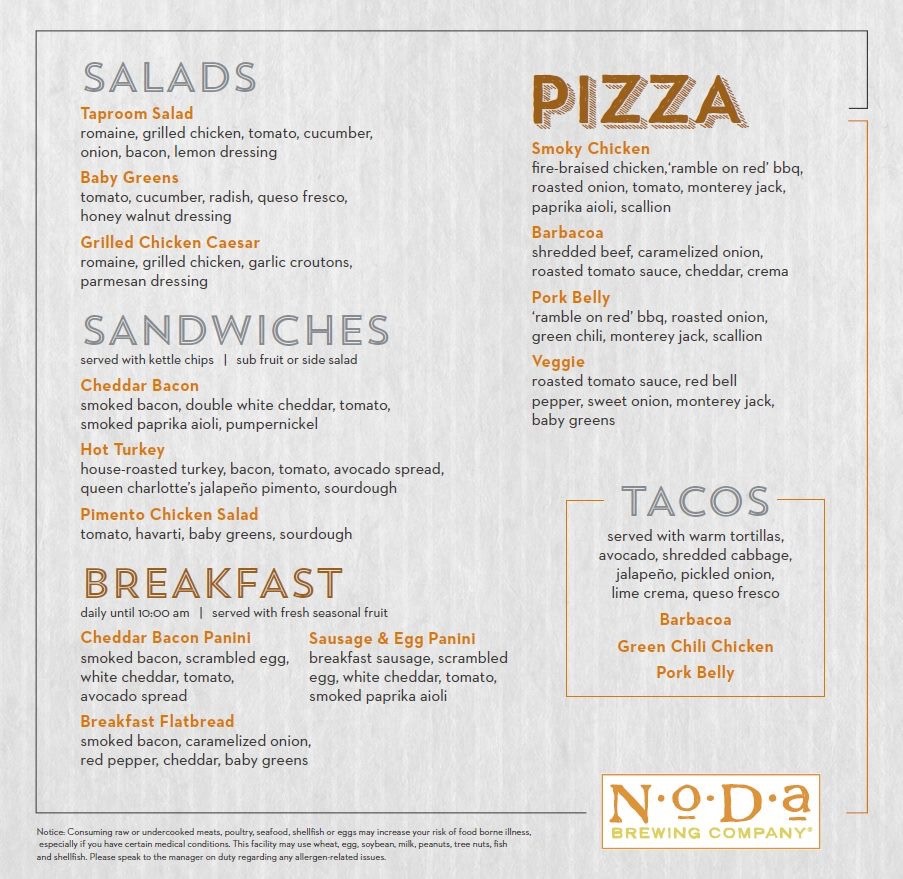 In total, NoDa’s airport taproom seats 46, which includes a circular bar and several tables. Moving forward, NoDa Brewing’s taproom at Charlotte Douglas Airport will be open seven days a week from 7 a.m. to 10 p.m. (and yes, the brunch bill applies even at the international airport so no beer served on Sundays until 10 a.m.).

“I don’t even know if I can put into words how exciting this is because it’s something that’s totally different and really introduces us to a new crowd,” Ford says. “Many of the travelers at Charlotte Douglas won’t be leaving the airport so it’s not like they can even get to a restaurant or bar that carries us.

“We’re fortunate that Charlotte has grown and embraced everything local – especially beer. And this allows us to now give more people a taste of Charlotte.” 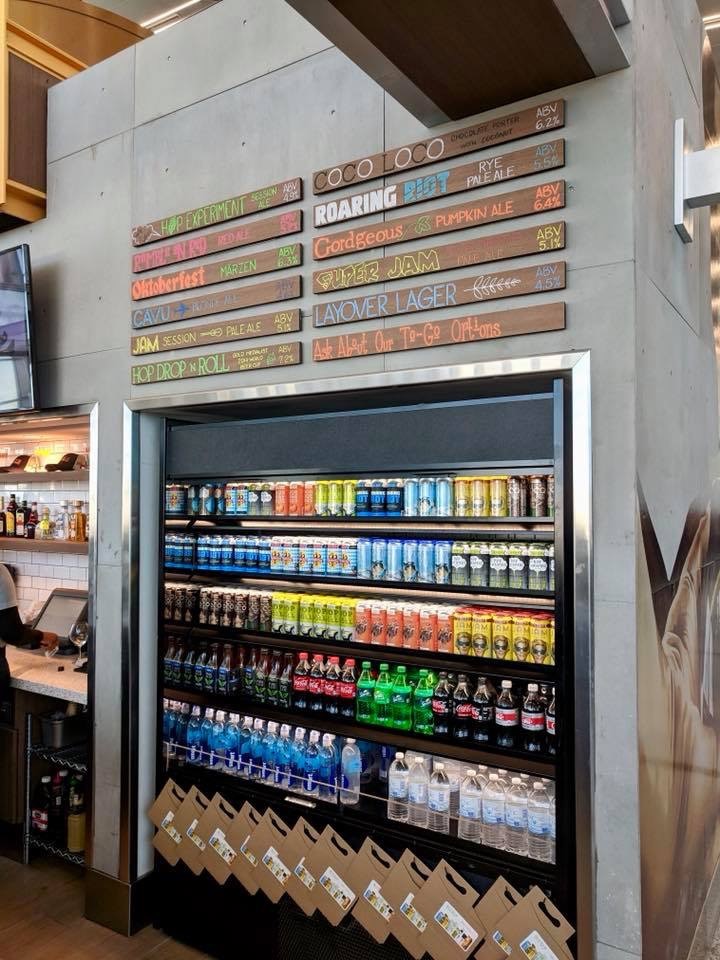 This article appears in the November 2018 issue of Charlotte magazine.
Categories: Beer, By Matt McKenzie
Contest of the Month